This week Marques Brownlee reviewed the Pixel 3 XL and starting at the 1: 23 mark of his video report he touched on the fact that the 'soft touch glass' on the back of the new Google phone, especially in black, can be scratched very easily. The scratch is seen on a screenshot from Brownlee's report.

Now Unbox Therapy has jumped on the bandwagon for one of his bombastic reports about "Scratchgate." The segment is officially titled "Is The Pixel 3 A Scratch Magnet?" 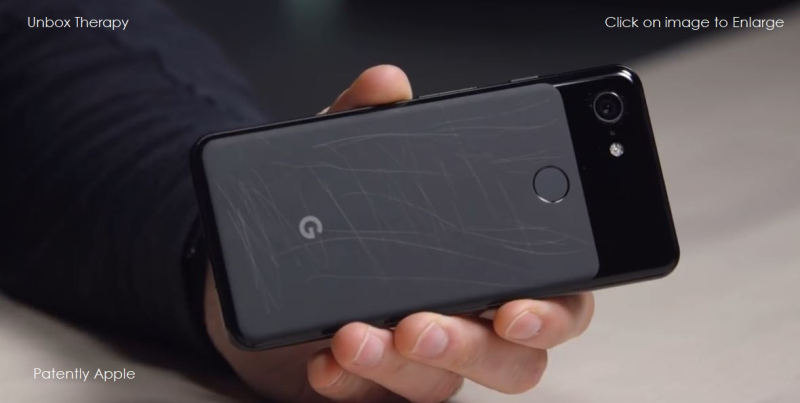 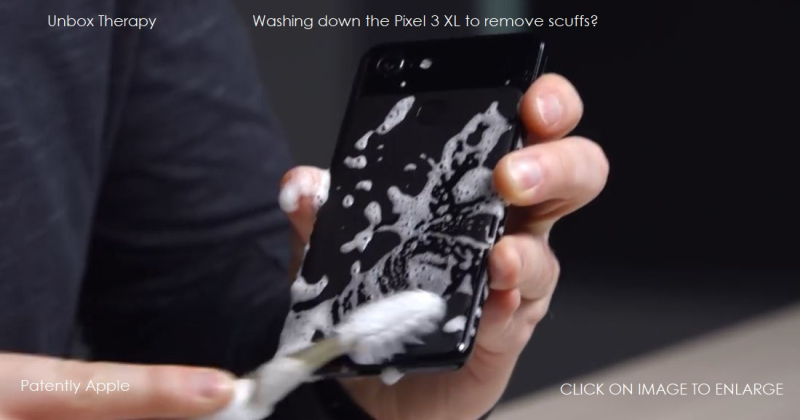 Android users should avoid buying the black Pixel 3 XL unless they feel like washing their smartphone every night with a spare tooth brush. I guess for graffiti artists it's just another canvas for them to play with. But overall it's just a crazy annoyance.

Tooth brushing your phone, give me a break. Then again, it gives us something to mock our friends who have chosen to buy the black Pixel 3.

Lou decided in the end to not call it Scratchgate and instead tone it down to Scuffgate."