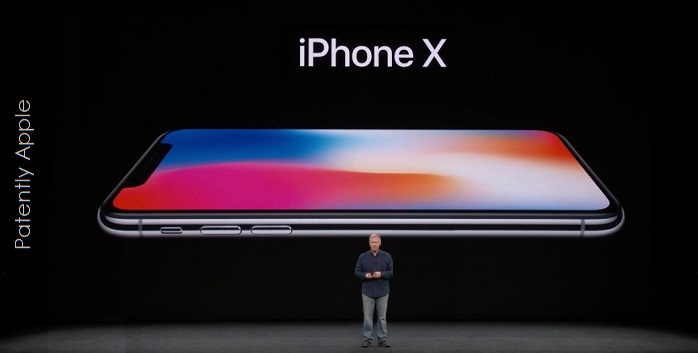 Yesterday Patently Apple discovered a massive Apple patent application in Europe. The patent covers the iPhone X smartphone and the new methods of navigating iOS without the use of a Home Button.

When Apple's iPhone X hit the market in 2017, new iPhone X owners were a little confused and/or thrown-off as to how to navigate their new iPhones without a Home Button. How to quickly access certain interfaces and notifications took a little time to learn. Videos like the one from Digital Trends below explained the basics that had changed with iPhone X.

Apple's iPhone X not only eliminated the Home Button but also introduced a full OLED display with a notch to accommodate their all-new face side TrueDepth camera that introduced 3D Facial Recognition via Face ID as a new biometric authentication system.

Apple's patent application that we discovered is just too massive to be properly covered in a basic summary report and so Patently Apple is providing our readers with the majority of the patent's description in a Scribd document. This way you could either skim through it or deep dive into Apple's patent as you wish without missing a single detail.

Directly below is a random spattering of Apple patent figures showing that Apple painstakingly went through every interface change and method in detail while covering some of the changes that spilled over to the iPad Pro as noted in one of the patent figures below.

One of the patent figures below illustrates the iPhone X Home Screen having a landscape mode which isn't available on all X-model phones and definitely not on the original iPhone X which this patent covers. Yet Apple's engineers added the landscape mode patent figure to show it was on the way or in-the-works. 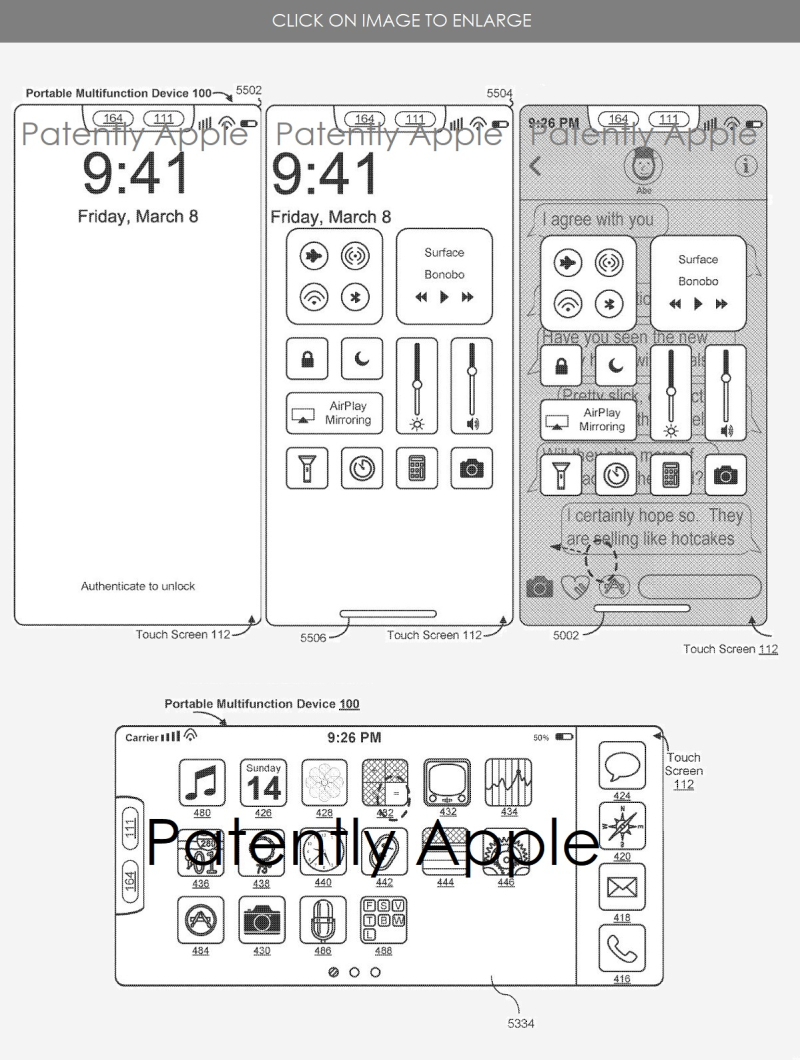 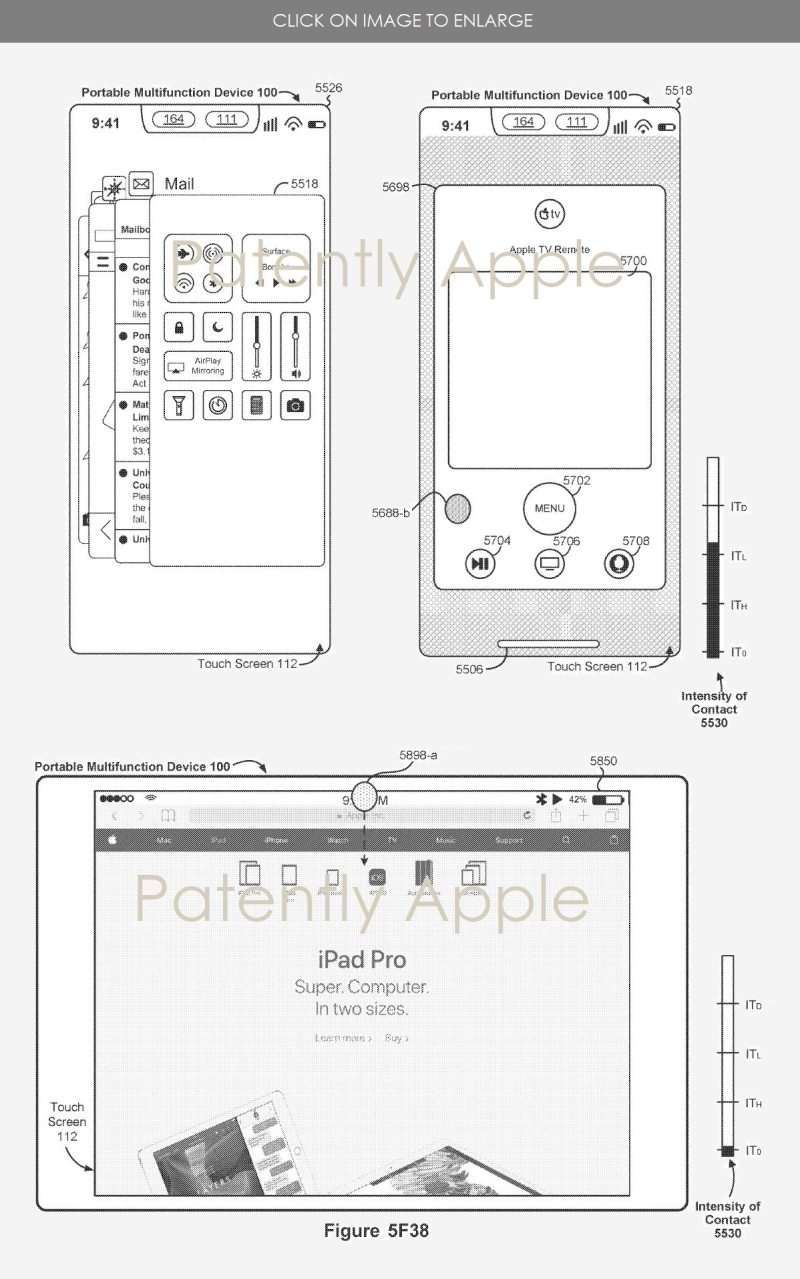 Apple wanted to capture, cover and record their massive iPhone changes in a single master-like patent application. It's a monster sized filing with over 300 pages just for the "Description" part of the patent alone.

What our report doesn't cover is Apple's patent claims as they were covered in a separate document containing a mind boggling 90 additional pages. I've never seen a patent filing with that many claims. It goes to show that Apple is covering every imaginable aspect of the iPhone X model and its methods of navigating software to the nth degree.

Apple's European patent application was originally filed back in Q1 2018 and published this week by the European Patent Office on October 3, 2018.