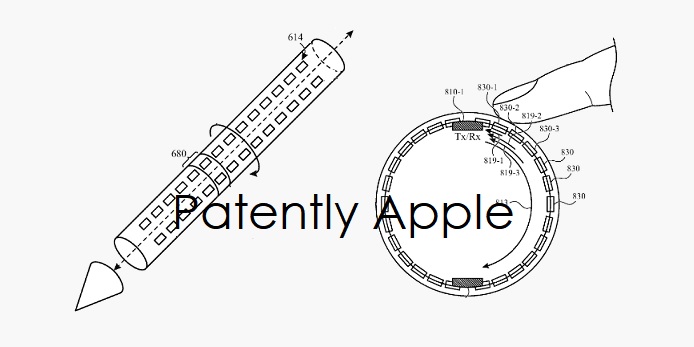 Today the US Patent & Trademark Office published a patent application from Apple that relates to a possible next-gen Apple Pencil using ultrasonic transducers to better capture a user's movement precision that no doubt will be appreciated by artists, architects and even mad scribblers.

Apple's invention will be able to advance a next generation of Apple Pencil by outfitting it with one or more ultrasonic transducers configured to determine the location of one or more objects in contact with the input device; to communicate to the display more accurately what Apple Pencil will be performing in terms of force, orientation, tilt and more. The accuracy of Apple Pencil movements and execution provide the user a more natural feel closer to pen and paper.

In some examples, the ultrasonic transducers can also be used to determine the position around the circumference of the Apple Pencil.

In some examples, one or more ultrasonic transducers can be disposed at one end of Apple Pencil. In some examples, multiple ultrasonic transducers disposed in a ring around one end of Apple Pencil can determine the position of the touching object both along the length of the input device and around the circumference of the input device (i.e., in two dimensions). 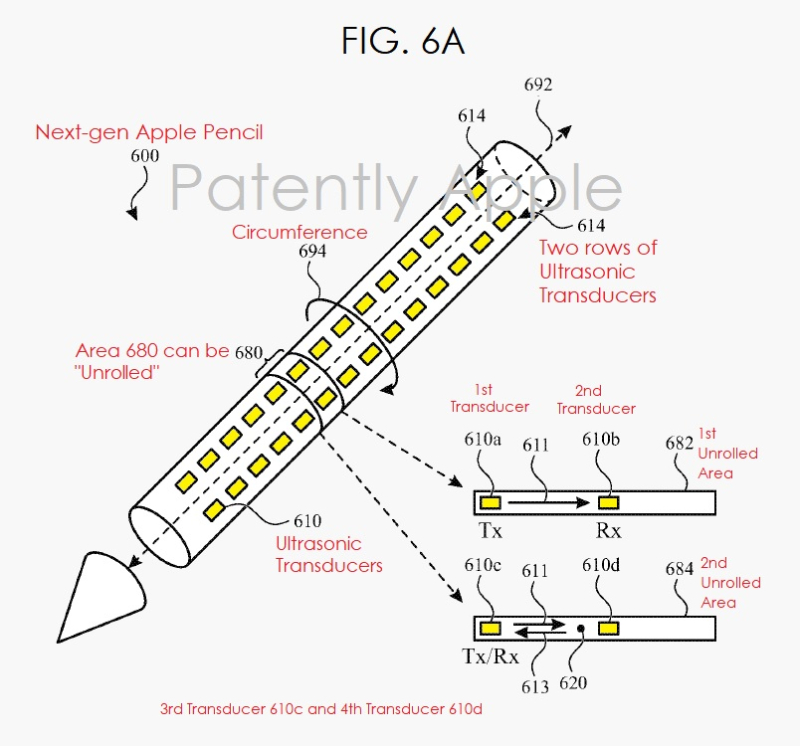 Apple's patent is highly technical yet never explains what functions and/or actions these ultrasonic transducers when touched will be able to perform on Apple Pencil. At times is seems it's really about capturing precise moments more than secret features.

Once again Apple associates a future Apple Pencil being able to work with a future iPhone. Apple notes that "the tip of the stylus (Apple Pencil) can include an electrode configured to emit a stimulation signal to be detected by a separate touch-sensitive device (e.g., mobile telephone, digital media player, personal computer, tablet computing device, wearable computing device, etc.).

Apple's patent FIG. 7 below illustrates an exemplary cross-section of a stylus outfitted with a plurality of ultrasonic transducers detecting touch. 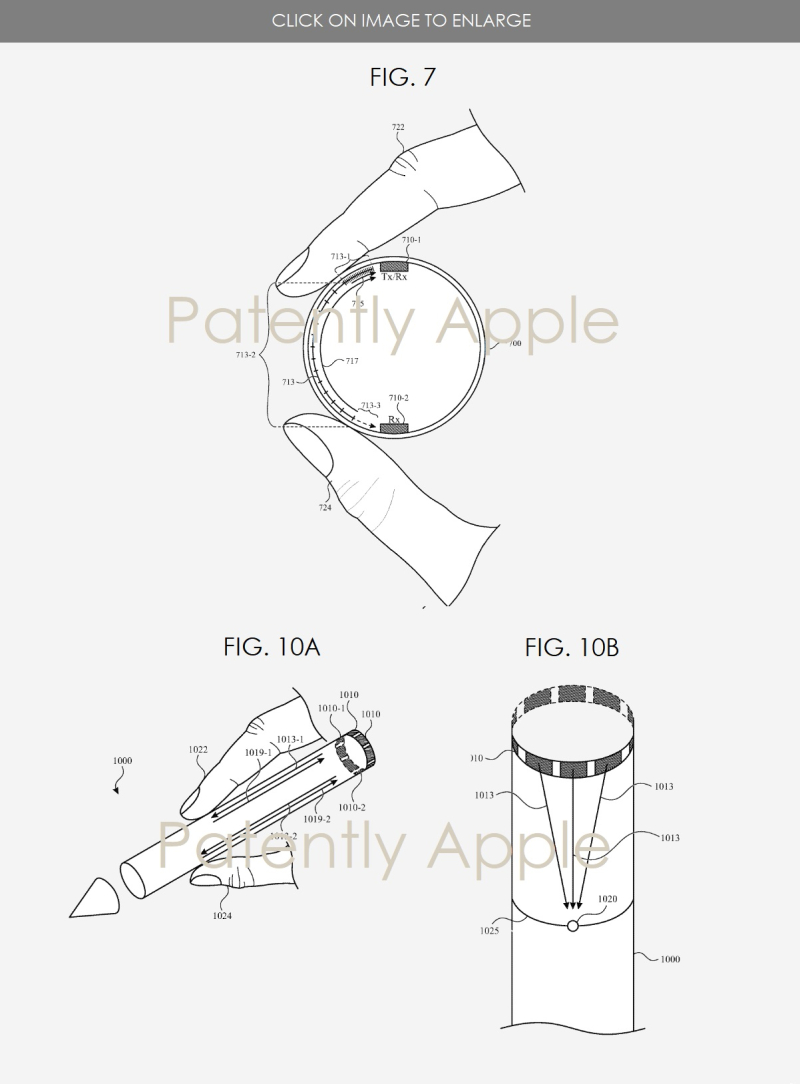 Our cover graphic uses Apple's patent fig. 6A and FIG. 8 which represents a cross-section of Apple Pencil which includes ultrasonic transducers and barriers which could be inside or outside of Apple Pencil. If outside, Apple notes that it could mean etching barriers around the circumference of Apple Pencil. That may be used to signal to the user where their fingers should be and not cross as if it's a particular zone on Apple Pencil.

It's always interesting to see what kind of engineers Apple has chosen for a particular project like this. Below are the inventors of today's published patent application.