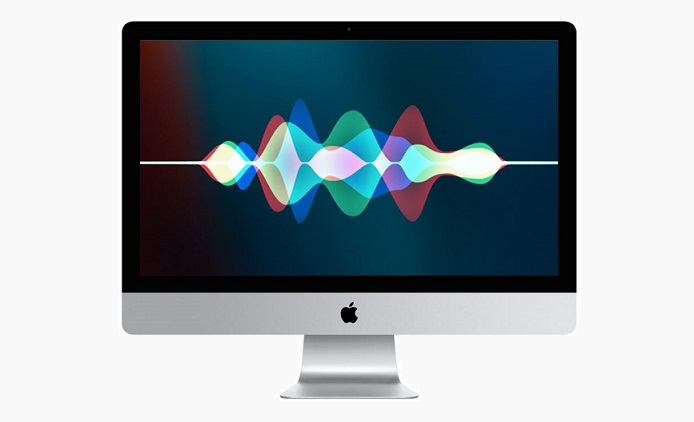 In September Patently Apple posted a report titled "Apple and Salesforce are working with Marriott International to bring HomePods to Hotel Rooms to Assist Guests with Services."  The next day Apple launched macOS High Sierra, a version of macOS that advanced the number of tasks that Siri could perform.

While Siri is now able to perform more on your Mac, a new patent today shows us that more business tasks are on tap for future macOS updates and/or the next version of macOS. More importantly, Siri will be programmed / trained to multitask in the future.

As another example, a user may be editing a document on his or her desktop computer and wish to change a system configuration such as changing the brightness level of the screen, turning on Bluetooth connections, or the like. In existing technologies, the user may need to stop editing the document, find and launch the brightness configuration application, and manually change the settings. In a multi-tasking environment, some existing technologies are incapable of performing tasks as described in the above examples based on a user's speech input. Providing a voice-enabled digital assistant in a multi-tasking environment is thus desired and advantageous.

Techniques for providing a digital assistant in a multi-tasking environment are desired for various purposes such as reducing the cumbersomeness of searching objects or information, enabling efficient object management, maintaining continuity between tasks performed at the user device and at another electronic device, and reducing the user's manual effort in adjusting system configurations.

As will be appreciated, by allowing the user to perform tasks using speech it allows the user to more efficiently complete tasks that may require multiple interactions with multiple applications.

For example, searching for images and sending them to an individual in an email may require opening a search interface, entering search terms, selecting one or more results, opening am email for composition, copying or moving the resulting files to the open email, addressing the email and sending it. Such a task can be completed more efficiently by voice with a command such as "find pictures from X date and send them to my wife". Similar requests for moving files, searching for information on the internet, composing messages can all be made more efficient using voice, while simultaneously allowing the user to perform other tasks using their hands.

Below is a list of random patent figures taken from today's patent application titled "Intelligent Digital Assistant in a Multi-Tasking Environment." 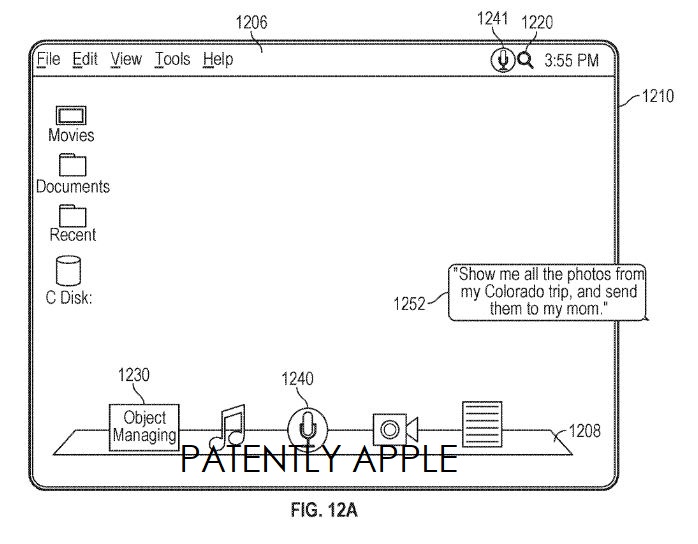 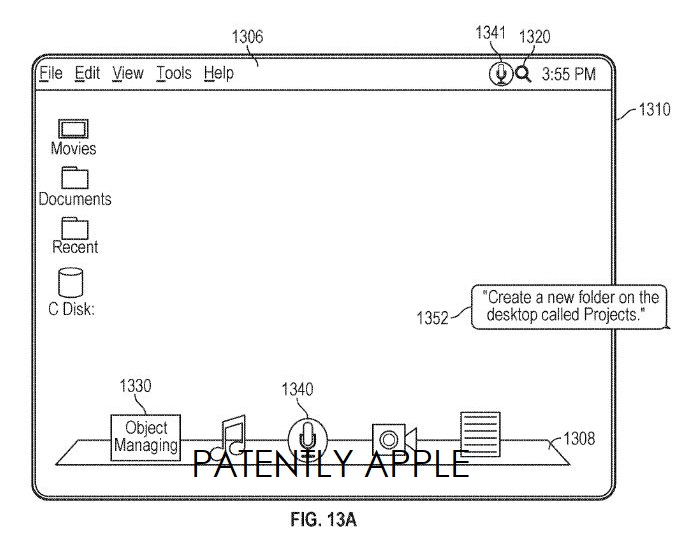 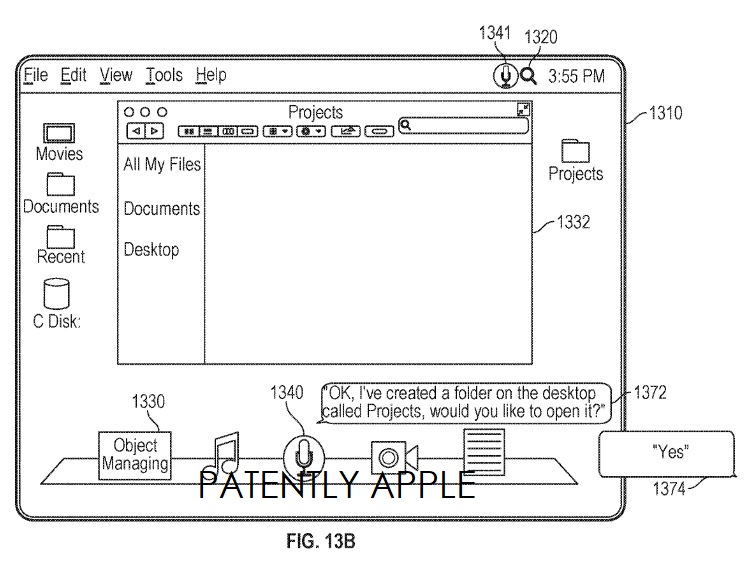 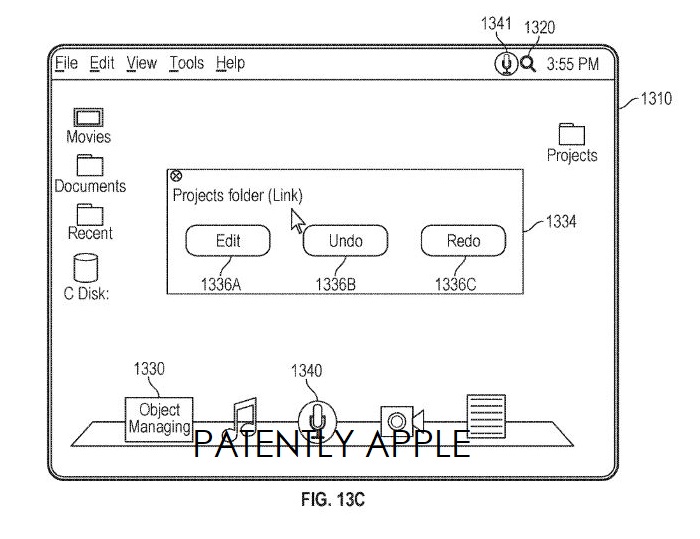 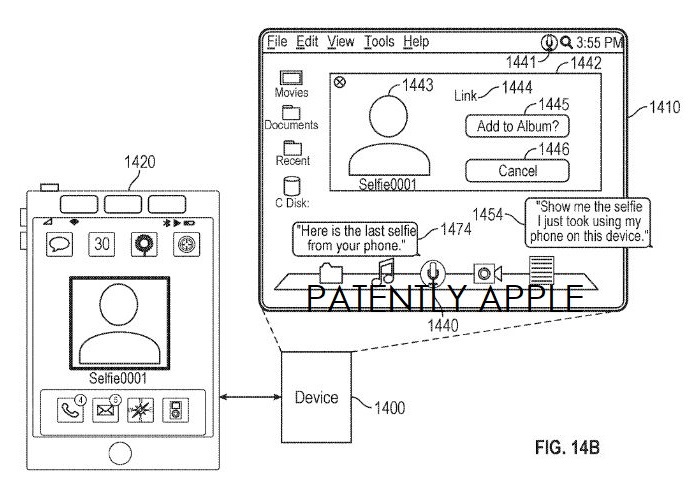 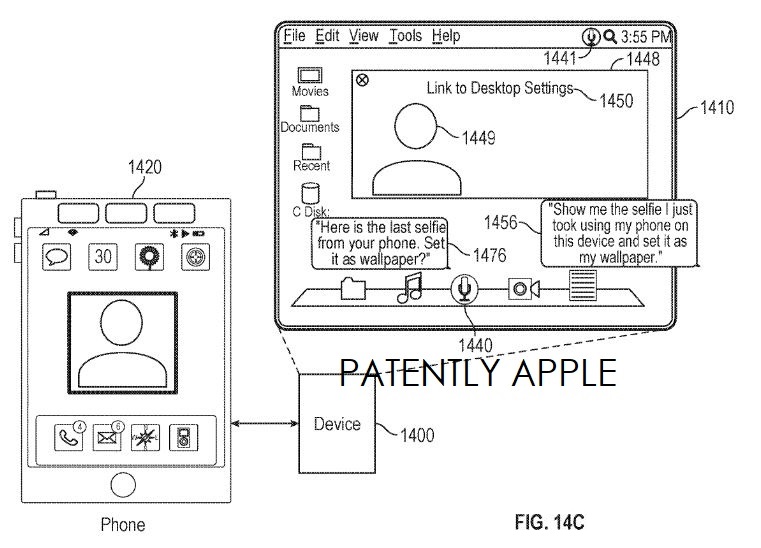 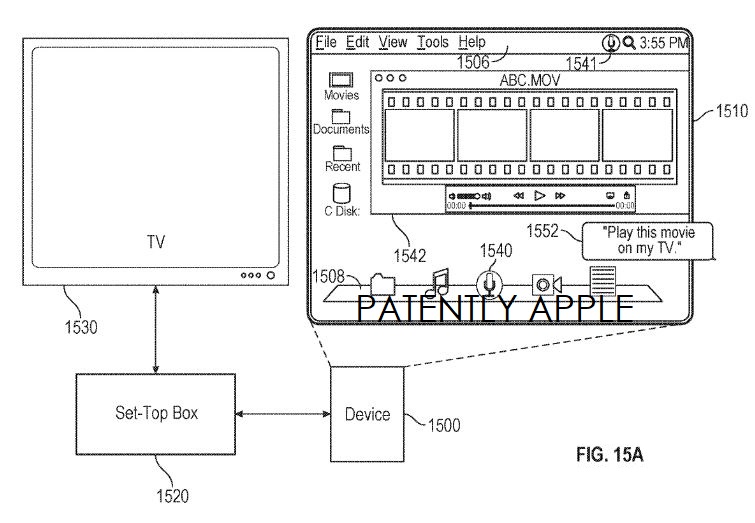 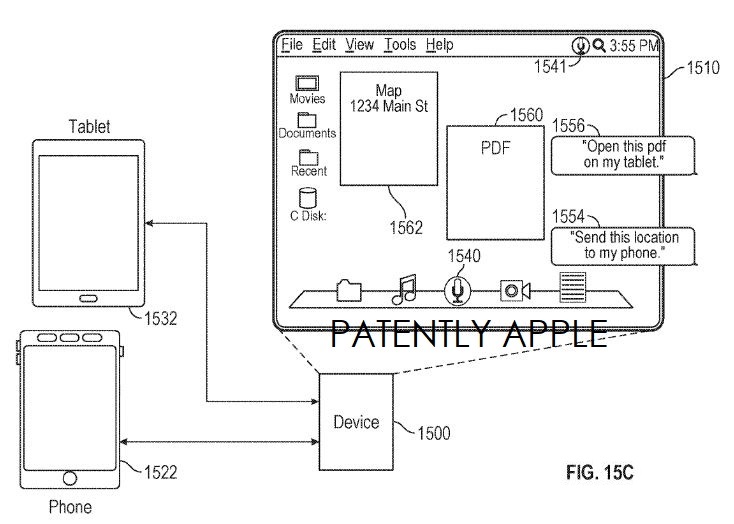 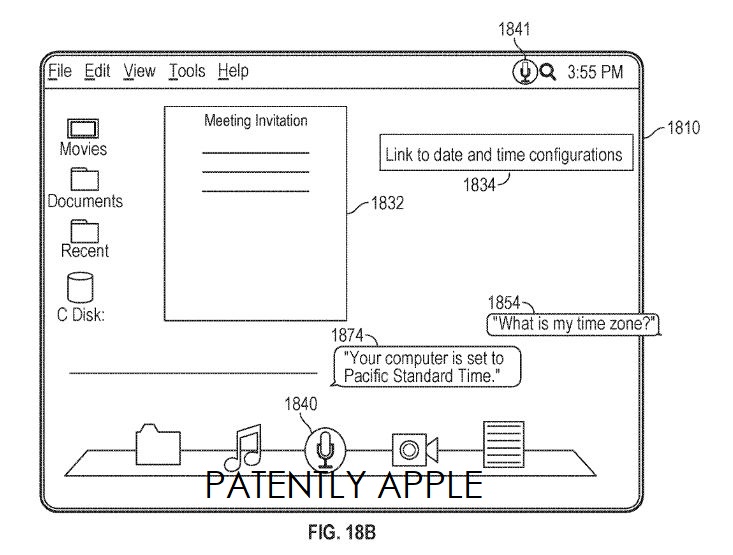 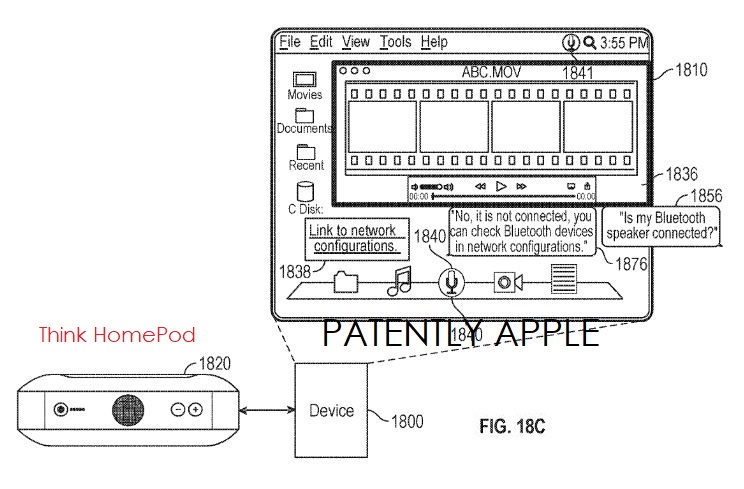