Apple Invents iDevice Displays that Remain Functional even when Wet 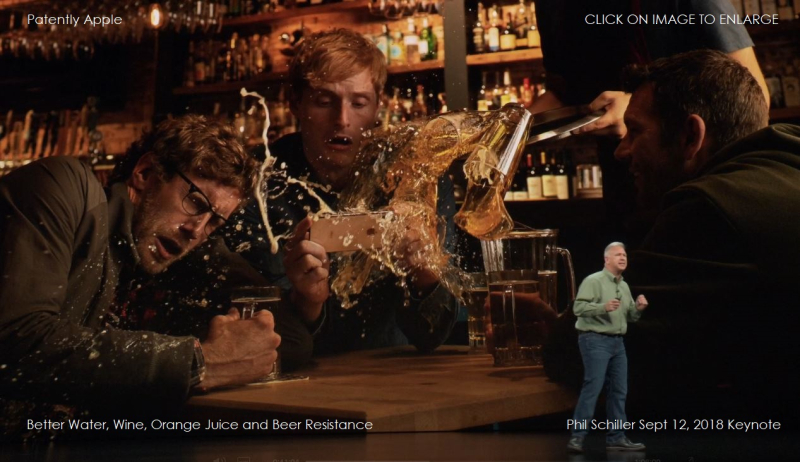 Touch screens can allow a user to perform various functions by touching the touch sensor panel using a finger, stylus or other object at a location often dictated by a user interface (UI) being displayed by the display device.

In reality, however, not all touches detected on a touch sensor panel are intended user input. For example, water on the surface of the touch sensor panel can be detected as a touch. In particular, water on a touch-sensitive surface in contact with a metal housing of the device or a finger can be grounded and appear as a touch by a finger. As a result, water (or other unintentional touches) can result in unintended behavior by the device. This can negatively affect user experience, particularly in wet environments.

Apple's patent FIGS. 6A and 6B illustrate exemplary representations of input patches including edge touch nodes corresponding to one or more edges of a touch-sensitive surface. 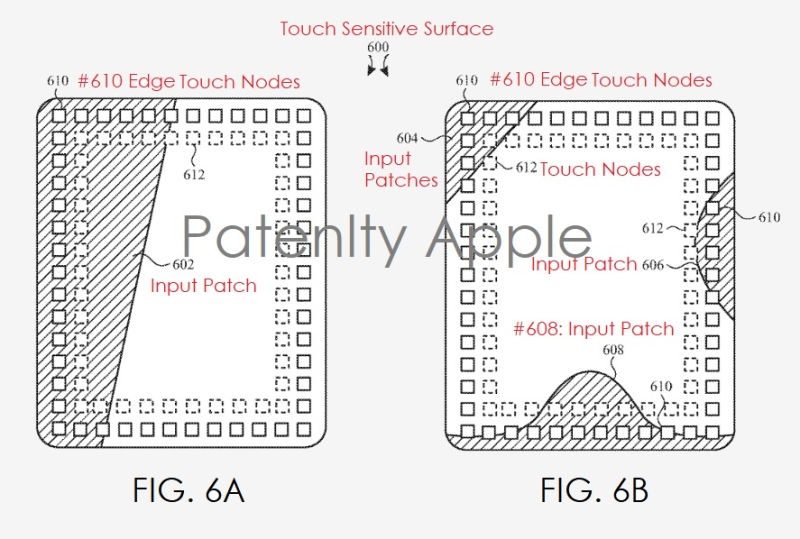 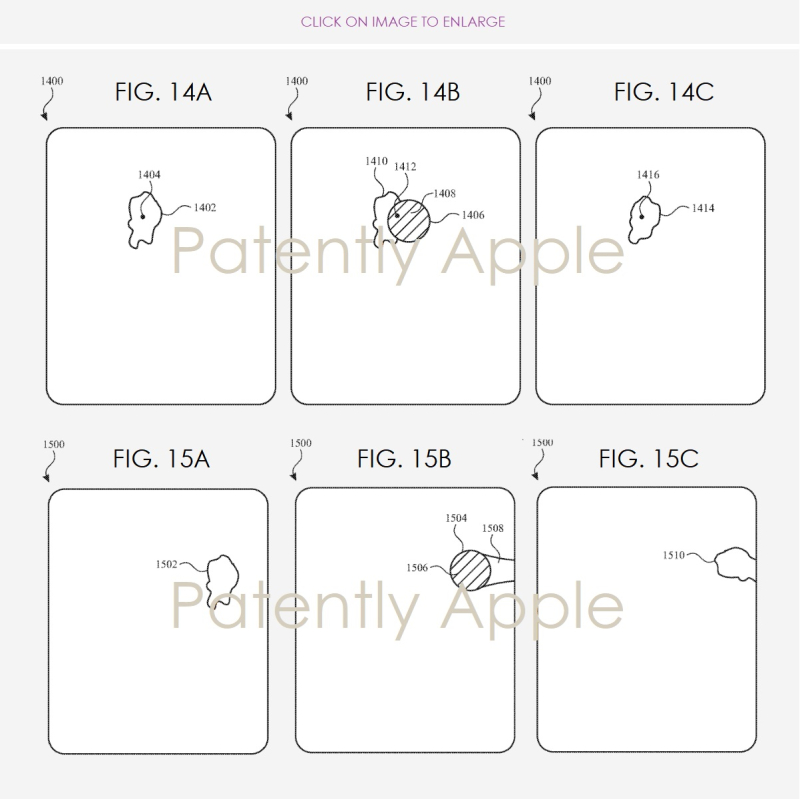 Apple's patent FIGS. 15A-C above illustrate another exemplary representation of input patches corresponding to floating water and/or one or more fingers on a touch-sensitive surface.

In some examples, floating or partially ground water can merge with a user's finger and offset centroid detection (causing unwanted jitter in the touch sensing system performance.

In some examples, small droplets of water along the edges of a touch sensor panel can be detected as false taps or swipes, for example. 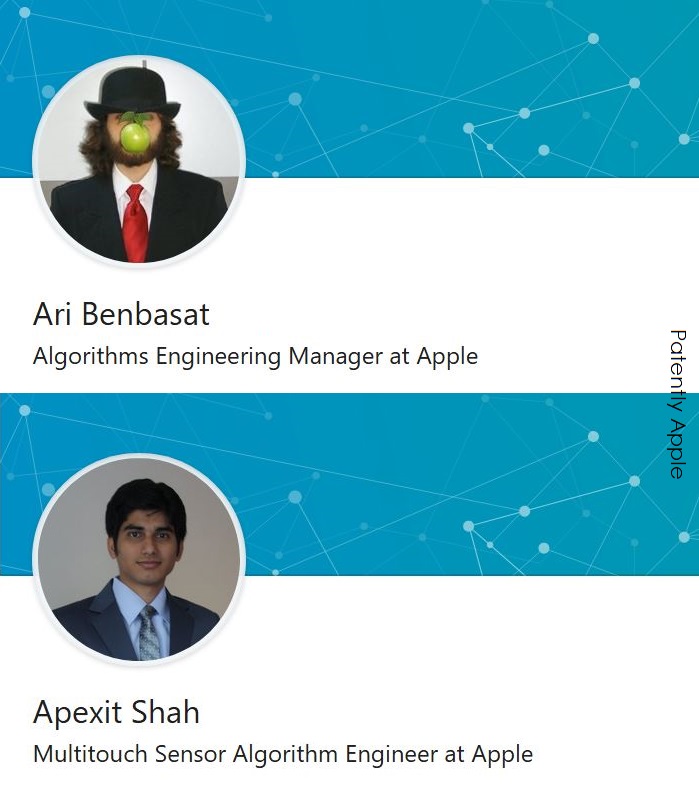