Home Archives Contact Us Subscribe Twitter Facebook Patently Mobile
An ITC Judge Painfully Points Out that one of Qualcomm's Witnesses who was paid Millions for his Testimony against Apple isn't Credible
Apple's Keynote now Available along with 15 Jumbo Photos of the Oct. 30th Apple Event 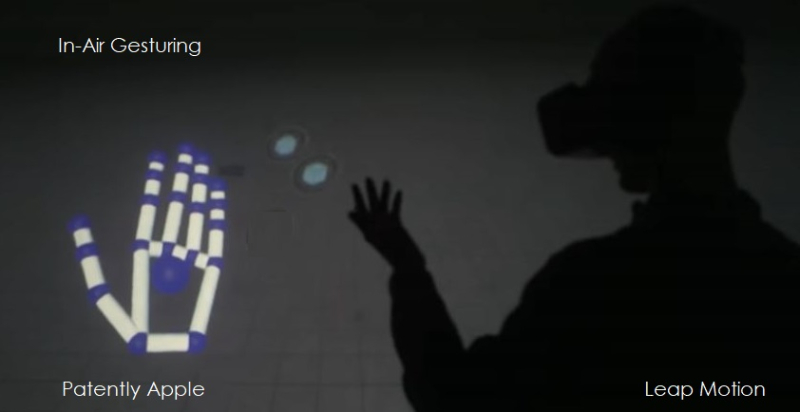 Apple acquired Israel's PrimeSense for technology that ultimately led to Face ID now on Apple's premium iPhones and new iPad Pro. The other related technology PrimeSense had a great number of patents on (01, 02, 03, 04, 05 and more) was using their depth camera to allow users to control a UI with in-air gesturing that could be used with a computer desktop, notebooks and future mixed reality headsets.

A specific 2016 Apple patent covered tracking hand movements as noted in the patent figure presented below.

In-air gesturing is around the corner, according to Apple's supplier Finisar, or at least available to Apple when the time is right. Now we're learning that Apple had made two attempts at acquiring a company developing technology on the same track called Leap Motion. A few of the images from their site show the same interest in hand tracking. 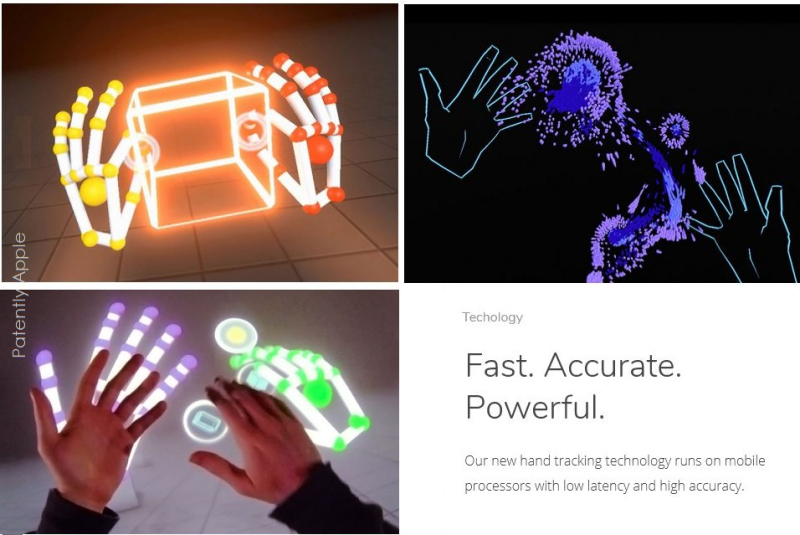 PrimeSense technology is proven technology as it was used for years in Microsoft's Kinect accessory to Xbox as noted in the image below from this 2012 Wired article.

As the Leap Motion video below will show you is how in-air gesturing could play a huge roll in Augmented Reality apps in the future with Mixed Reality headsets that Apple is working on.

Whether Apple is looking to acquire specific technology from Leap Motion to advance a particular project or to simply avoid a future patent infringement case with the company is unknown at this time. Hopefully it's more of the former than the latter.

But Apple is having a hard time trying to deal with a hostile Leap Motion co-founder that has made it clear that he personally believes Apple's technology "sucks." Whether the quip was due to a low-ball acquisition price from Apple or not liking the buyout  tactics of Apple's is unknown. The company's Series B valuation, according to Business Insider, was that of $306 million. So $30 million could have set the anger off.

No matter how it exactly played out isn't the point. It's the animosity and confrontational attitude the young co-founders displayed. How can you blame Apple from pulling out of the deal earlier this year. The co-founders are pure geeks with little business savviness to close a deal. Then again, the attitude may be due to Samsung or other Android OEM wanting the company and is outbidding Apple. Samsung would love to pull the rug from under Apple just for kicks.

But there's something not exactly right with Leap Motion. The company was able to gain $50 million in a round of funding. But it was reported that Leap never got the full funding because half of it was based on performance goals. That tells you that there's a lot of talk but not enough action when it comes to delivering products that matter, especially to investors with big money on the line.

HP tried to integrate Leap's technology in a particular model back in 2013  and that fell by the wayside after consumers weren't buying into the technology at the time. Sometimes a new technology's success is based on almost perfect market timing and the right app that gives value to the new technology.

Whether Apple has dropped out of the race for good or is planning yet one more crack at acquiring Leap Motion is unknown at this time. There's a reason why Business Insider decided to run with the story months after Apple's last bid, but the motive is unknown as well. It's an interesting story and if you have the time you should check it out here.