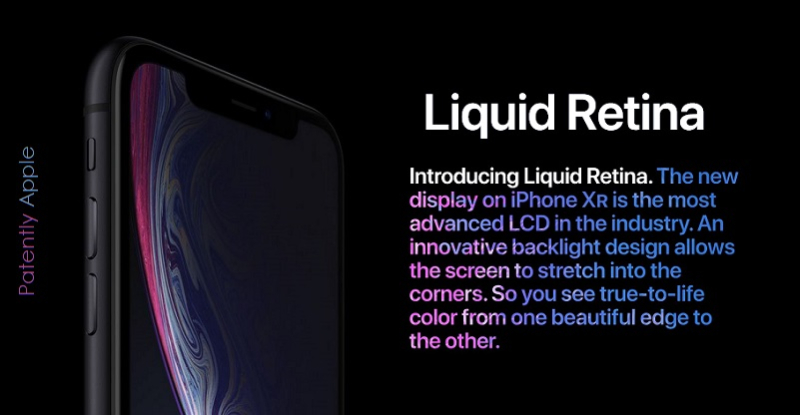 On September 12th Apple introduced the economical iPhone XR with a next-gen LCD display that Apple is marketing as the "Liquid Retina" display. In the last week Apple has filed for the 'Liquid Retina' trademark in both the U.S. and China (Hong Kong). Apple filed their trademark under international class 09 for hardware with a couple of interesting descriptors. Below you'll find a copy of the full coverage for 'Liquid Retina' filed under the same class 9 in Hong Kong China. You'll notice that much more is covered in their Hong Kong trademark filing, in fact a ridiculously long list trying to cover everything under the sun.

Of course there are some clearly relevant and perhaps insightful descriptors including "Computers; computer hardware; handheld computers; tablet computers." Adding tablet computers at this point in time makes you wonder if Apple's next-gen iPads will adopt Liquid Retina instead of OLED at their October 30th event. 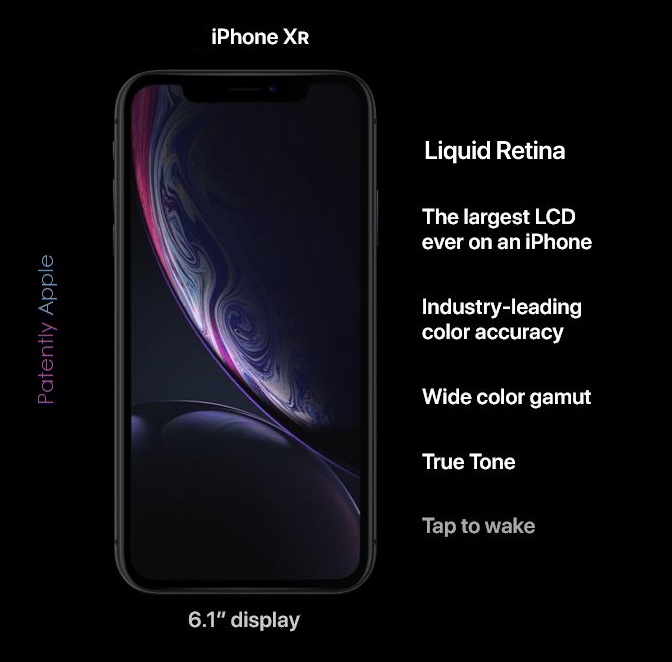 Apple's priority filing is noted in the Hong Kong filing being "Liechtenstein."