Earlier today Patently Apple discovered a published European Apple patent application relating to Micro-LED displays. Out of the 12 engineers who are listed as the inventors of this invention, only one is from LuxVue, the Micro-LED specialist company that Apple acquired in May 2014.

Interestingly Apple's patent also lists two engineers who came to Apple via AUO that specializes in TV panels as well as the former chief engineer from Panasonic that is known for their HD TVs.

Apple's patent overview notes that "State of the art displays for phones, tablets, computers, and televisions utilize glass substrates with thin film transistor (TFfs) to control transmission of backlight though pixels based on liquid crystals. More recently emissive displays such as those based on organic light emitting diodes (OLEDs) have been introduced as being more power efficient, and allowing each pixel to be turned off completely when displaying black. 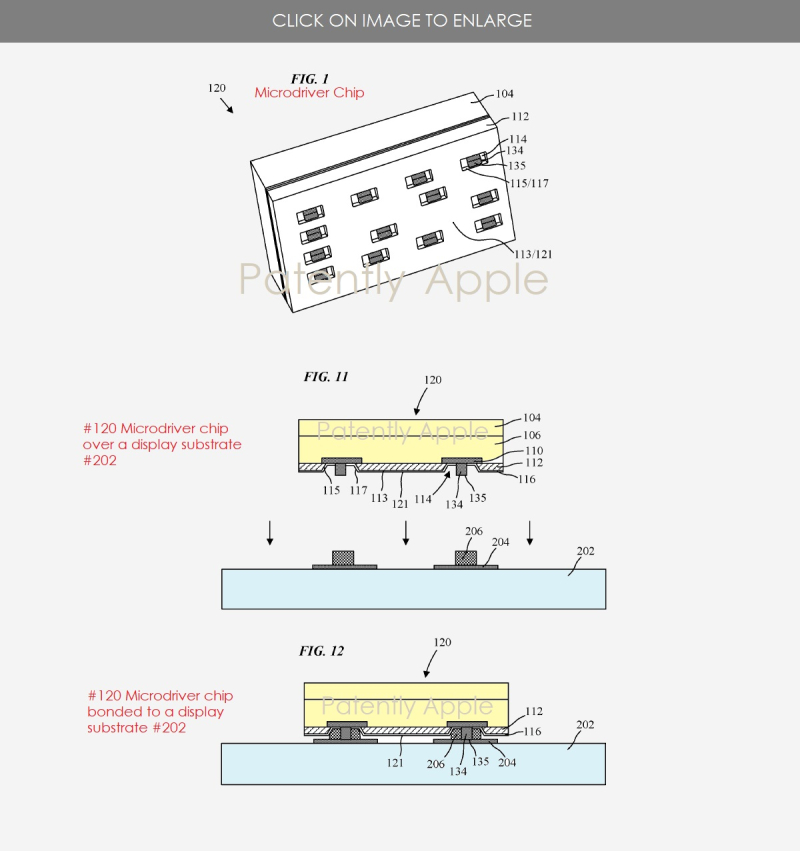 Apple's micro-LED patent is a technical utility patent that provides no cuddly descriptions that explain the patent in terms of an end product with benefits. It's a technical patent written by engineers that makes for dry reading.

If you're an engineer, and in the field of displays, I'm sure this will be an interesting read for you. Below you will find a Scribd document covering the "description" part of Apple's patent that Patently Apple discovered in the European Patent office database today.

The term "microdriver chip" is referenced 92 times, making it the focal point of the invention.

Apple's European patent application was originally filed back in Q4 2017 and published in Europe on Wednesday October 10 2018. Considering that this is a patent application, the timing of such a product to market is unknown at this time.

Some of the Apple Engineers / Inventors Listed on the Patent

01: A Euro Patent Reveals Apple is working on an 8K Foveated Micro-Display for a Head-up Display, iDevice and beyond

04: Future Foldable iPhone may use a micro-LED Display and Liquid Metal as a Shape Memory Alloy

And lastly, another interesting micro-LED report was posted by C/Net in March 2018 titled "MicroLED is the first new screen tech in a decade. Can it beat OLED?"