Home Archives Contact Us Subscribe Twitter MeWe Facebook Patently Mobile
Samsung SDI has developed the World's first Optically Clear Adhesives for Foldable Smartphones
Regardless of the Cost, Nearly Half of iPhone Users Will upgrade to the new 2018 Models being Introduced Today

While Smart Speaker Adoption is slowly Accelerating, there's a silent Creep Factor that holds some Consumers Back 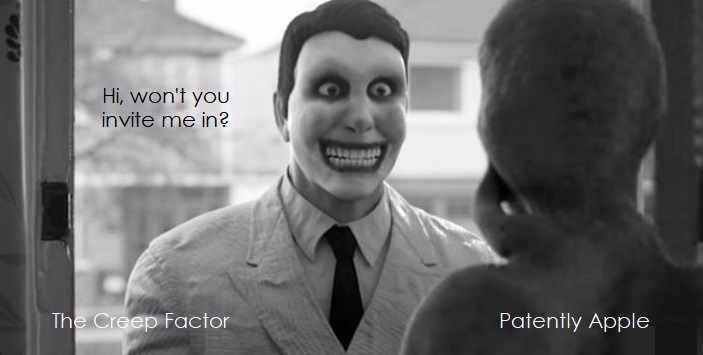 In our Monday "At the End of the Day" report we covered three stories with one of them being about smart speakers and how the use of voice assistants by consumers was expanding far beyond mere requests for songs and weather. The original CMO report had noted that close to 80% of smart speakers are sold during the Christmas season quarter. The cheap little speakers make good stocking stuffers for the tech generation.

The stats in the report showed that up to 47% of smart speaker owners plan to purchase more for the home in Q4. The stats further confirmed that that new speakers in Q4 are needed to boost sales. If Apple is hoping to boost their low 3% market share for their HomePod this holiday season, today may be a good opportunity to introduce a second generation.

Earlier today Loup Ventures released a new smart speaker report claiming that the adoption rate was accelerating. Their latest survey showed that 45% of respondents own at least one smart speaker. 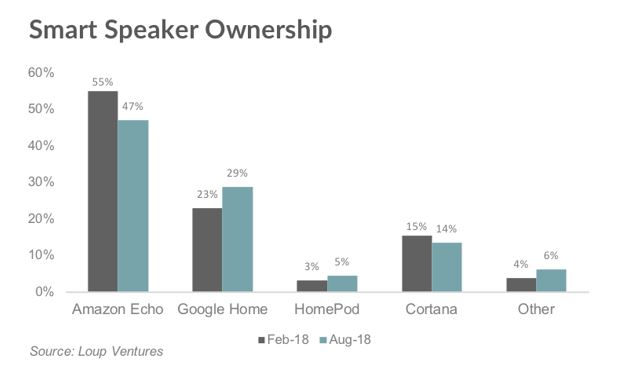 The Managing Partner at Loup Ventures, Gene Munster, added that "This time, Amazon Echo lost market share, mostly to Google, which we believe to be reflective of the current landscape, as Google devices have outsold Amazon's Echo for the past two quarters. While, in this sample, Cortana seems to be slightly overrepresented and HomePod slightly underrepresented, we believe market share findings from this survey represent today's landscape."

Today we've also learned in a Korean tech report that Google is partnering with Samsung's subsidiary HARMAN to develop a next-gen smart speaker with a display to launch in 2019. HARMAN is also working with Amazon, making the company the clear market leader in designing and manufacturing smart speaker devices.

While consumers think of smart speakers as just another tech toy, the leaders view them as an entry point for artificial platforms in the home.

Whether consumers are comfortable with smart speakers is a question not being asked. Both Google and Amazon devices have been caught recording users and even taking the recordings and emailing them automatically to those outside the home without permission.

Most consumers today place tape over their computer cameras because of the creep factor. HP and Dell are now delivering all-in-one desktops with pop-up cameras so that consumers can choose when they want the camera to be operational. The tech companies did this to overcome the creep factor. Samsung was shown to be patenting such a feature as well back in 2016. When social media's king Mark Zuckerberg of Facebook put tape over his notebook's camera, it started a firestorm of media coverage. What does Zuckerberg know about device cameras that we don't?

The fact that smart speakers are able to and have recorded whole conversations along with keeping a list of key words is causing many to question the use of these devices.

In an era where Silicon Valley's tech and social media companies are most definitely taking sides politically in America, listening in on conversations in the home could have unknown ramifications.

It would be nothing for tech companies to set algorithms seeking out political terms and words that would give them and their political party associates insights into the political persuasion of consumers.

Despite knowing Apple's political persuasion, the company has always stood on the right side of privacy to date. Apple should craft a privacy element into their future HomePod ads and marketing to combat this creep factor. 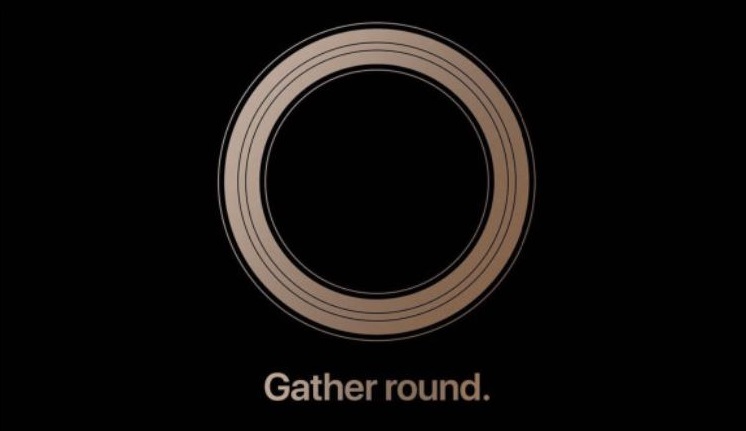 Will the HomePod get an update today? We'll know in just a few hours. The iPhone event begins at 10 a.m. PST, 11 a.m. MST and 1 p.m. EST and is available on Apple TV and Twitter for the first time.

Join us September 12 at 10 a.m. PDT to watch the #AppleEvent live on Twitter. Tap ❤️ below and we’ll send you updates on event day. pic.twitter.com/i9mGHTKhvu