Home Archives Contact Us Subscribe Twitter MeWe Facebook Patently Mobile
It's New iPhone & Apple Watch Day & Photos of Stores Opening to Large Crowds across the World are Rolling in
In Qualcomm's most recent case against Apple, we learn that Apple cleverly developed a Workaround in iOS 12 to defeat Infringement

While Apple Fans are out in Full Force to Buy the Exciting new iPhones, Huawei Foolishly Laughs at the iPhone's Tiny Battery

Samsung's new S9 Plus provides a 3500mAH battery and their new Note 9 offers a 4000mAH battery (with one Fire incident on record). Huawei's P20 Pro has a 4000mAH battery and it's "Super Charge" fast-charge feature actually works according to Trusted Reviews. The battery lasted all day and only used half the battery charge. Better yet, it only took 30 minutes to top it back up to 100% with its fast charger.

Today Apple fans around the world are lining up to get their hands on the exciting new iPhone XS and XS Max. Of course Apple's competitors Samsung and Huawei combined couldn't match the size of crowds eager to get their hands on new smartphones and probably never will. The photo below was taken earlier today outside the Singapore Store. 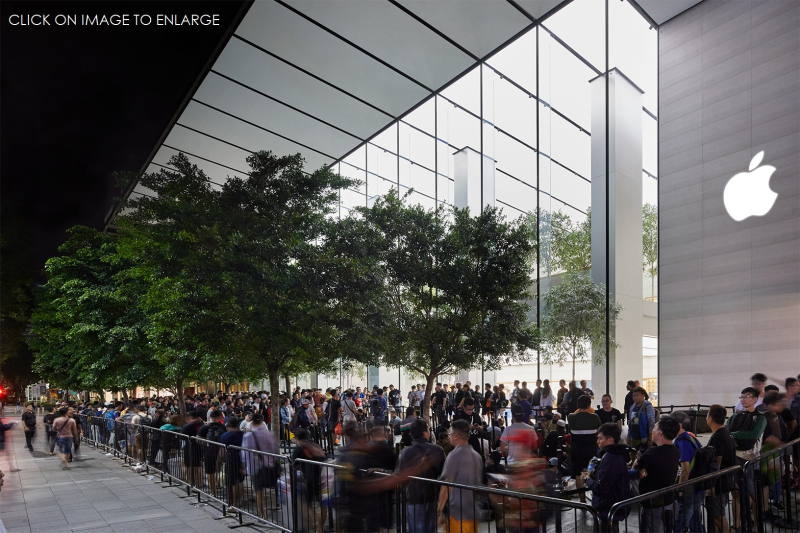 If your last iPhone was an iPhone 7 or iPhone 6, Apple's new iPhones are a huge upgrade in style that includes a bright crisp OLED display and super powerful TrueDepth camera that delivers the ability to create real-time Memojis, offer Face ID biometrics and allows users to play next-generation Augmented Reality games.

All that Apple's competitors like Samsung and Huawei could do is mock Apple fans in ads for standing in line for a new iPhone or handing out a limited number of dumb-ass marketing trinkets as the one shown below. The 'Mothership" blog captured the handout and you could learn more about it here. 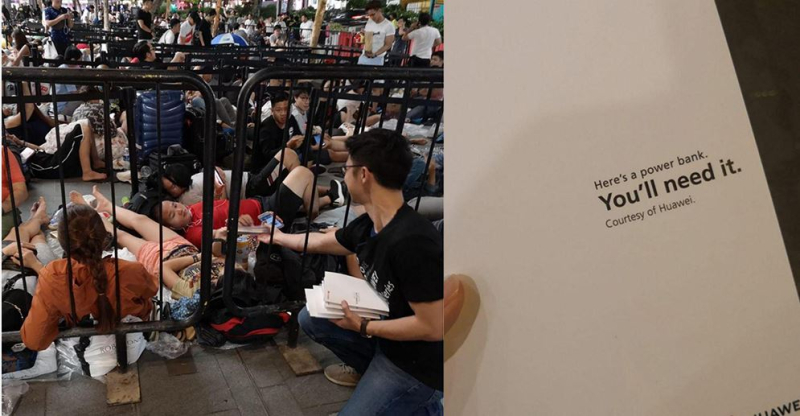 The Mothership estimated that there was about 200 power bank kits handed out with the message "Here's your power bank. You'll need it. Courtesy of Huawei (an Android powered smartphone OEM).

While it's a cheeky marketing ploy, the point is that Huawei knows that the iPhone battery is one of the iPhone's weaker features. Apple fans won't switch to any Android smartphone because of that one feature, but Apple should find a better solution in the future and at should have at least provided iPhone XS and XS Max customers with a fast charger in the box. That's not just me thinking that.

It's a point that many reviewers have complained about. One of them being one of the top Apple product reviewers on the planet Marques Brownlee who said in his recent unboxing video at the 1:20 mark below:

Popular and influential reviewers aside, a PCMag survey published yesterday shows us that this is one of the top issues iPhone owners want fixed. While the premise of the study is about the current iPhones, you can extrapolate their poll findings as something Apple fans also want addressed in future iPhones. 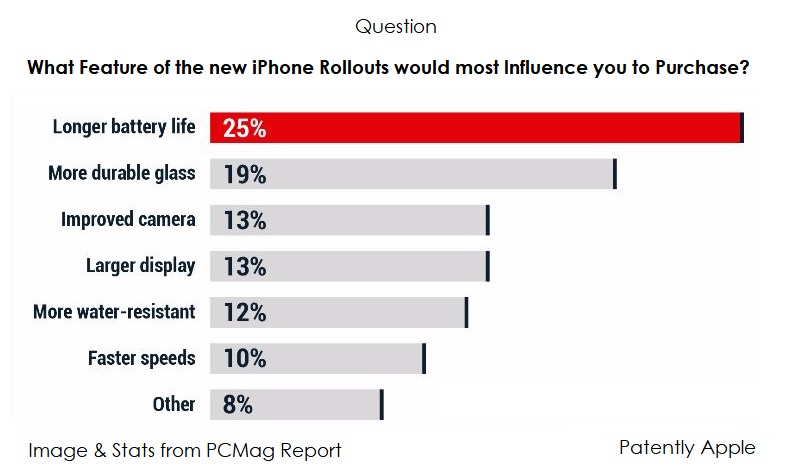 The survey found that Apple pushing large displays is probably close to maxing out and that fans now want Apple to focus on either a larger batter to extend battery life or obviously a new form of energy to keep their iPhones charged all day.

At the end of the day, while the new iPhone's less than stellar battery specifications are an annoyance, it won't be stopping Apple fans from enjoying the many other features that aren't available on smartphones from either Samsung or Huawei.

And while Huawei scored a single point with their marketing handout ploy this morning, having to approach Apple fans who are taking the time to be first in their community to own one of the new iPhones, is rather a cheap ploy that cheapens the Huawei brand by basically begging for switchers. No one is going to say, "OMG I'm standing in the wrong line-up."

Yet with all that said, I think that many fans are hoping that Apple will think this through for the future and at least include a fast charger in the box of premium iPhones. Paraphrasing what Marques Brownlee said, it's outdated and a surprise that Apple of all companies would pull off such a chintzy move just to sell more chargers.

Yet for today, the battery issue is being dwarfed by true excitement about their new iPhones and especially the gigantic 6.5 inch OLED display on the iPhone XS Max. I mean, look at the face below of an Apple customer who traded her older iPhone in this morning in Singapore for Apple's giganitic iPhone XS Max and tell me that she looks troubled about a slightly smaller battery? Ha – Not on your life! Huawei eat your heart out! 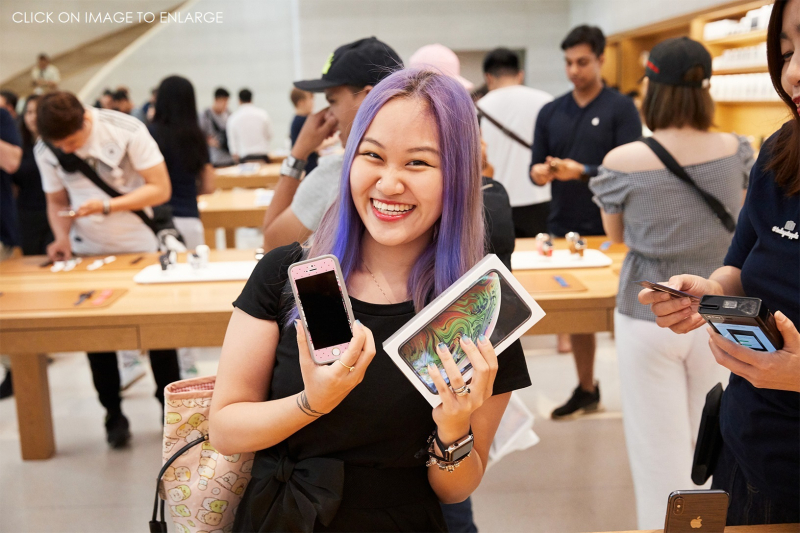