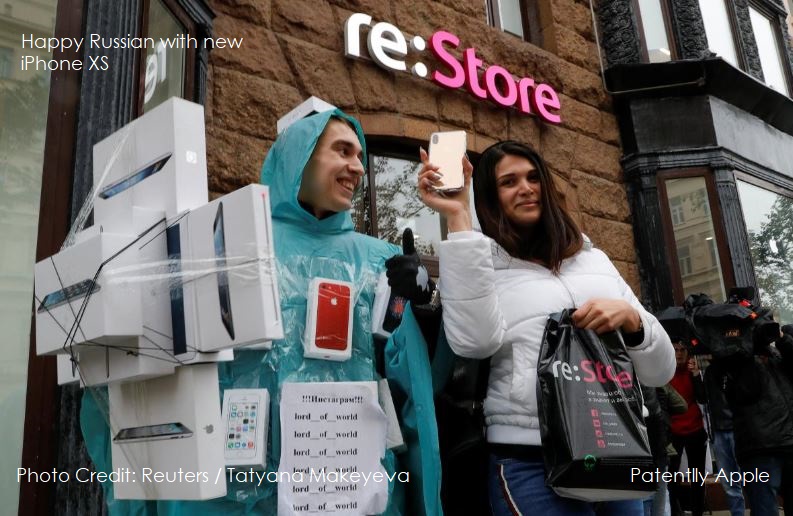 A new report this morning states that "Hundreds of Russians braved the cold and rain to queue for days outside a Moscow phone store ahead of the release of the new Apple iPhones on Friday, but when the doors opened none stepped in to buy. Instead, they tried in vain to sell their queue places to genuine Apple enthusiasts outside the first Russian store to sell the new iPhones XS and XS Max in central Moscow.

Reuters further noted that "Banking on strong enthusiasm for the phones, which have drawn days-long queues outside stores in Singapore, Sydney and elsewhere, the queue sellers set the price of the first place at 450,000 rubles ($7,000)." For more read the full report here.

From fake news to fake customers, Russia has it all. To all real Russian iPhone fans who defied the bad weather to get their hands on a new iPhone today, like those in our cover graphic, two thumbs up!