Samsung has sent out a mystery teasing invite to an event taking place next month. The invitation notes that "Samsung's newest Galaxy device is bringing more ways to express yourself than ever before. Capture the fun with Samsung as the company celebrates the launch of the new device with A Galaxy Event on October 11, 2018."

Live streaming of the event will be available at: 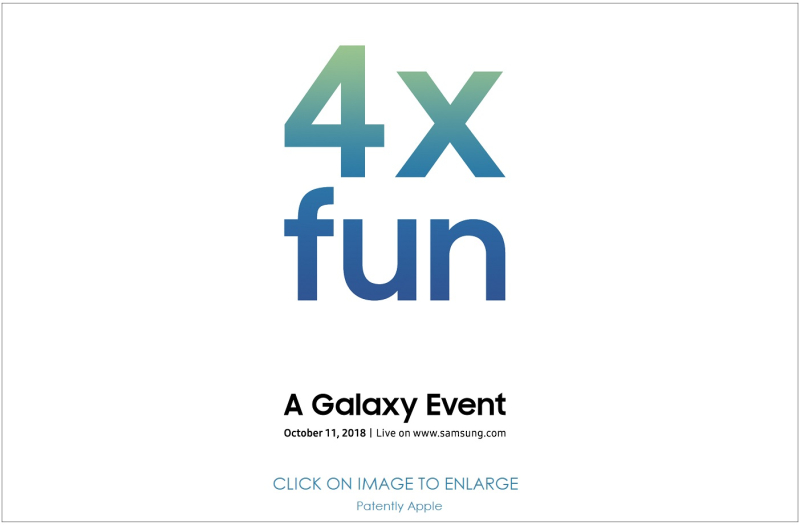 What new Galaxy device could Samsung deliver just in time for Christmas? Could it be smartglasses, a dual display smartphone, or a new mid-range smartphone that they said would be coming to market this fall aimed at millennials?

With Apple's 'entry level' iPhone XR starting at US $749, will Samsung strike a chord with millennials at a breakthrough price with high specifications? This is a new trend sweeping the globe but has yet to land in North America. The new Pocophone F1 from Xiaomi has Android fans super buzzed.

For US$300 it packs a punch for the price conscience. The review of the phone by Marques Brownlee will let you in on this trend that perhaps Samsung is thinking of bringing to market in October.

Of course Samsung's mystery device could end-up being an all new-to-market product beyond a smartphone and we'll know for sure on Thursday October 11th. Microsoft and Google events are on tap for October as well, so it's going to be an event filled month aimed at trying to rock Apple's world.