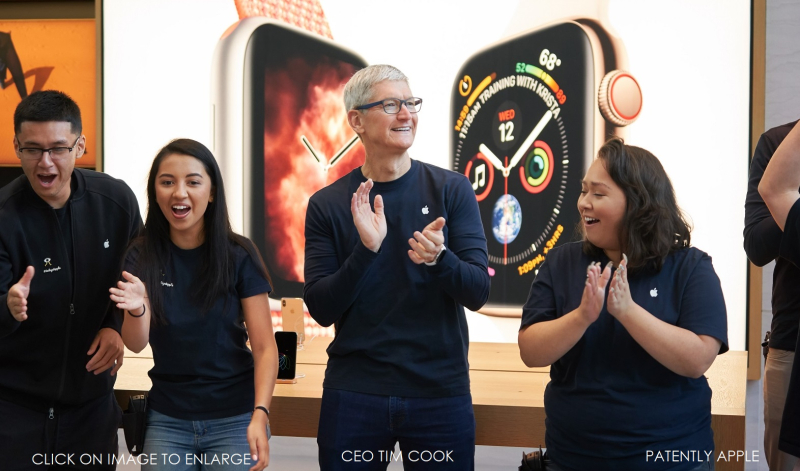 In part three of yesterdays iPhone XS and Apple Watch product rollout across the world, Apple photos have come in this morning for store activity in the Palo Alto Store with Apple's CEO in attendance and Union Square in San Francisco. 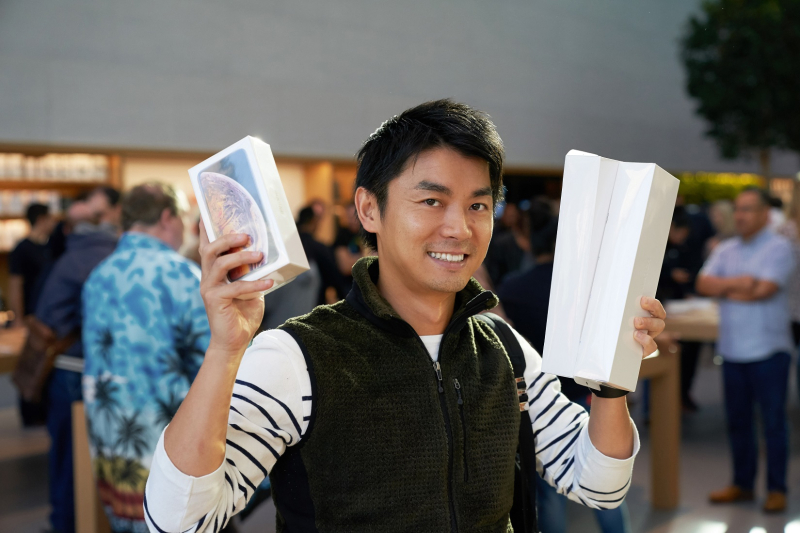 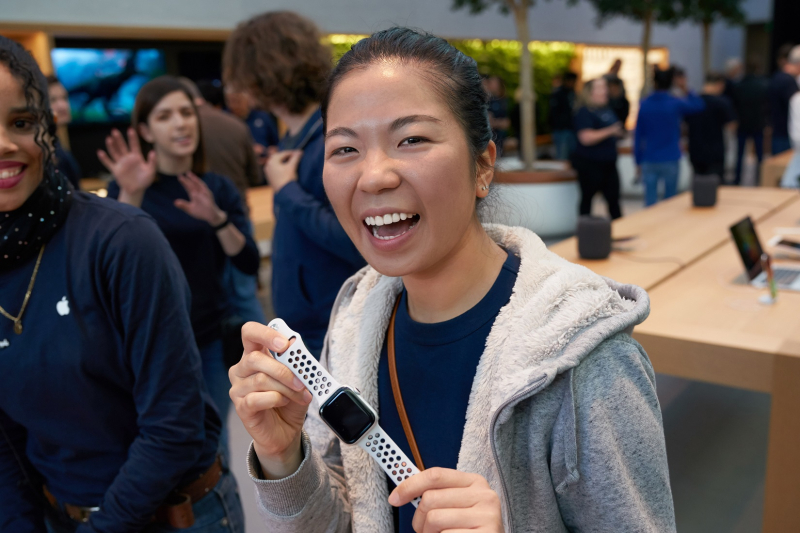 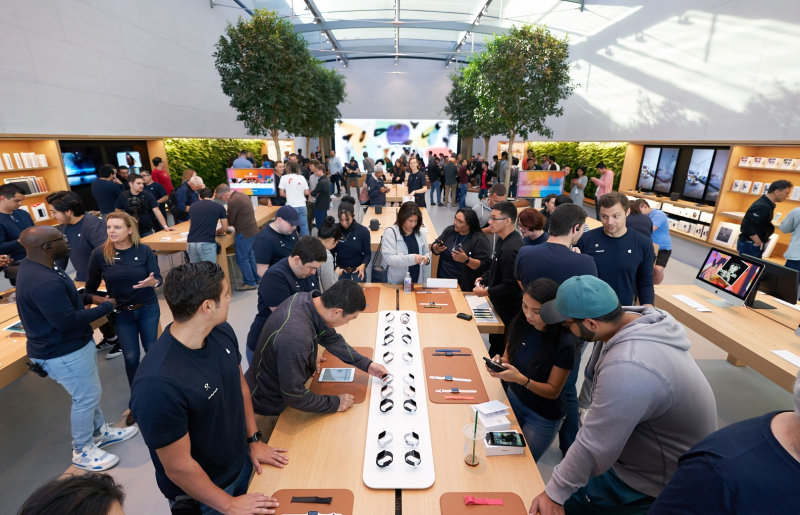 Interesting to see that the Apple Store in Palo Alto may have done away with the specialized Apple Watch Display table where the watches were under a glass top. Above we can see that they more accessible to customers to touch, feel and play with watchOS and new watch bands. Is it just a weekend table or will this be a trend coming to other stores permanently.

Shown in the first photo below is Apple's senior vice president of Retail Angela Ahrendts posing for a photo with YouTube star iJustine at Apple Union Square in San Francisco. 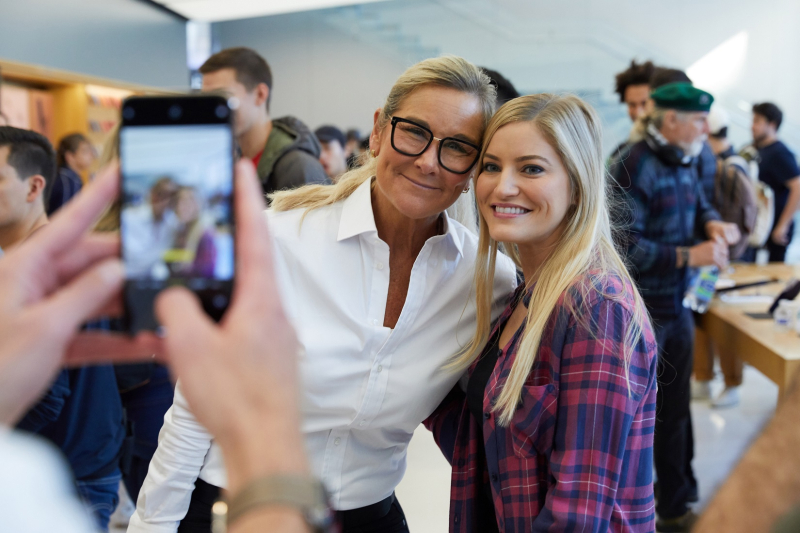 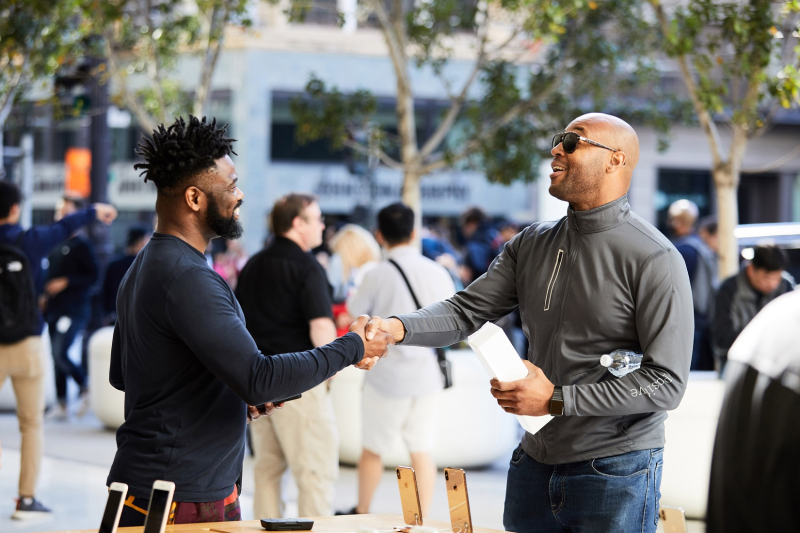 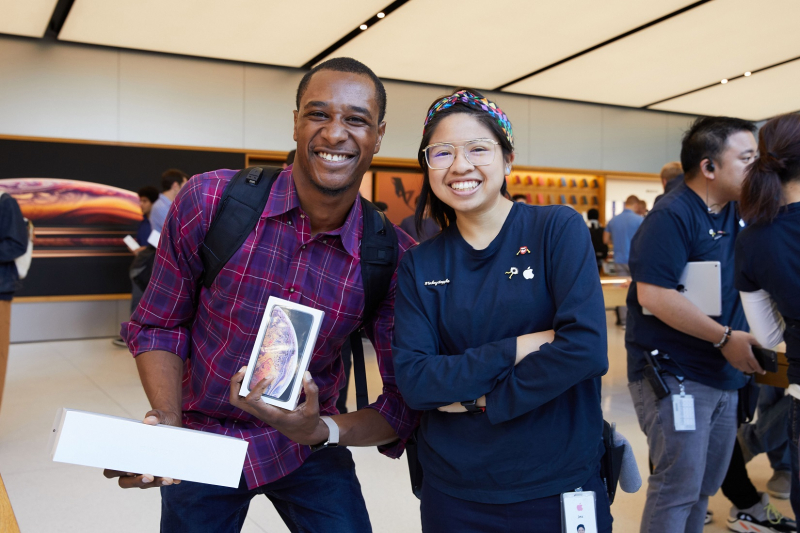 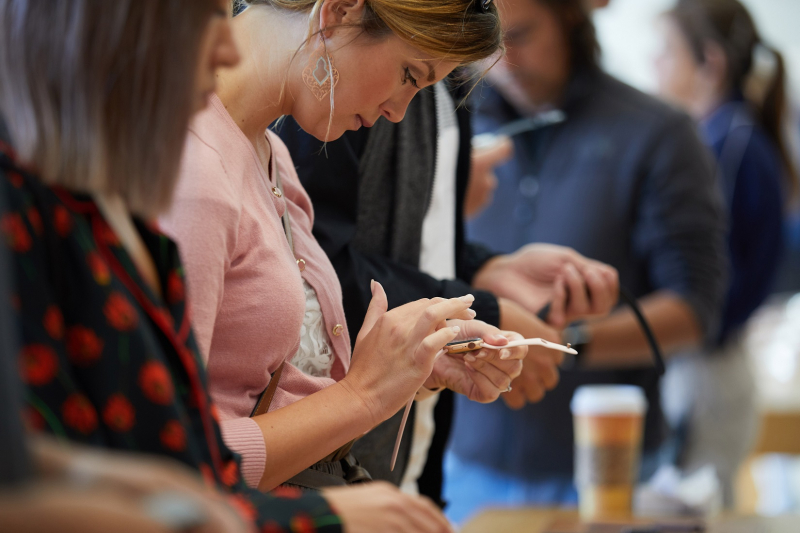 Are photos from Chicago, Los Angeles, Florida, Canada or Sydney Australia still to come? There was one lonely photo from Sydney Australia yesterday that I didn't post because it was a weird photo of 8 lonely employees getting Apple Store Sydney ready for the iPhone rollout. Didn't any customers from Sydney show up for iPhone day? I'm sure there were, but somewhere down the line the photos never made it into Apple's promo photos.

We'll check back later today to see if there are still more photos of jubilant customers in North America and beyond to come and update this report if there are only a few more to add.