While Quanta is Apple's number supplier for Apple Watches, we're learning today that Quanta's capacity for the Apple Watch Series 4 at its factory in Changshu, eastern China is fully loaded. That has opened the door for Apple' second Apple Watch Compal Electronics who will begin mass production of the Apple Watch 4 in November.

Digitimes added that "Some market watchers noted that Apple sold around 4.2 million Apple Watches worldwide in the second quarter of 2018 and the device's global shipments are estimated to arrive at 18.0-19.5 million units in 2018. Currently, the Apple Watch has a share of 35% in worldwide smartwatch shipments."

More accurately, Apple's Q2 market share for Apple Watch was reported at 41% by Counterpoint here and shown in their chart below. 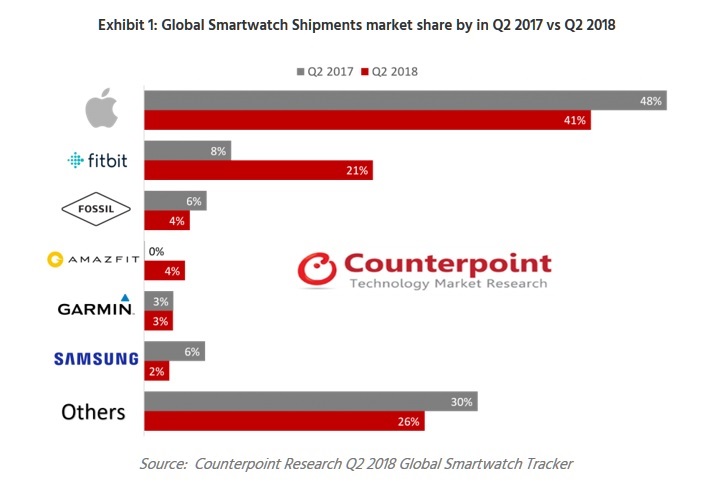