China is lashing out at Apple after the tech giant failed to use Beijing's preferred name for Taiwan during the company's annual iPhone event on Wednesday.

While introducing where its new iPhone XS and iPhone XS Max devices would be available later this month, Apple listed China, Hong Kong, and Taiwan separately alongside the three nations' flags. 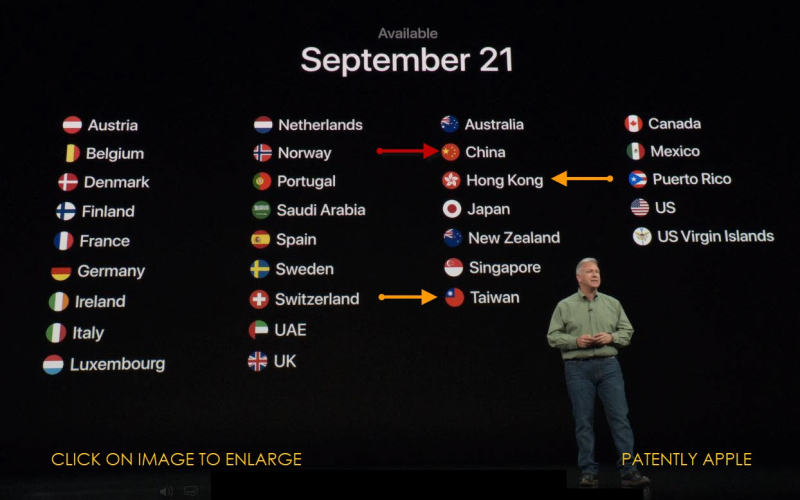 Multiple news outlets run by the Chinese state have since published posts demanding explanations from Apple, with China Central Television suggesting that Apple's actions could "hurt" its market demand in China and "cause unnecessary legal and political troubles."

"People with a little bit of common sense will list 'Hong Kong, China,' and 'Taiwan, China,' on official occasions," China Central Television wrote on Thursday. "How can such a serious and professional occasion like the Apple keynote not do this?"

It added: "A company known for its rigor and service excellence must be very sophisticated in every detail. Details about a country's territorial sovereignty must go through rigorous verification before they can be released to the public.

"If this kind of sloppiness is allowed to continue, it will not only hurt the company's reputation and market demand but also cause unnecessary political and legal troubles."

Still, the state-run Beijing Daily wrote on the popular microblogging site Weibo: "How difficult is it to add a 'China' in front of 'Taiwan'?"

The state-run tabloid Global Times added: "Apple, what do you mean by this?" For more on this see the full report here. Our cover graphic of China's President Xi Jinping was from the sourced report.