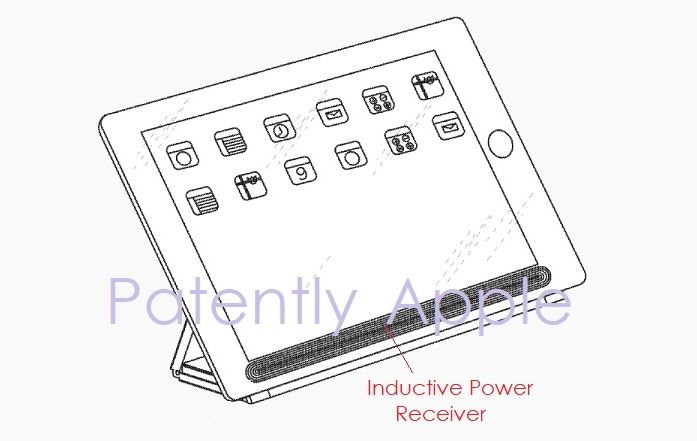 Today the US Patent & Trademark Office published a continuation patent application from Apple relating to a future iPad, and more specifically, an iPad cover that is designed to provide inductive charging. While Apple continues to work on their multi-device charging pad, known as AirPower, Apple's work on bringing inductive charging to an iPad continues full steam ahead.

Apple was granted a patent for this back in June of this year and today we that Apple had filed this latest application a month before the received their first granted patent. In this filing, all changes are within the patent claims that are used to protect their invention. The continuation aspect of the invention is Apple including a new "sensor" that is listed 6 times in this new application. Below are three examples of introducing a new sensor that acts as a regulator of sorts.

Apple notes in their first claim that one of the operational components includes a processor in communication with a "sensor" capable of detecting a magnetic field. 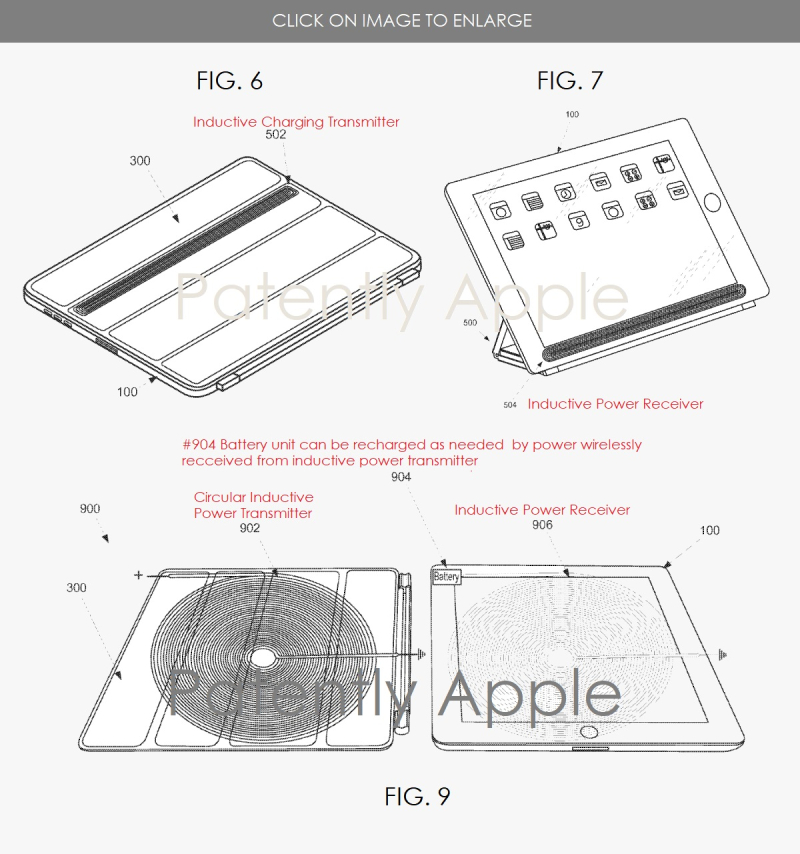 The idea behind this invention is to provide users with an added power supply for their iPad. When the user's iPad battery is at a low point, the iPad would communicate this to the iPad cover via today's new sensor described that would then supply the iPad with needed power to get the user through their day with a second round of power.

Wireless charging has been focused on the iPhone thus far, but Apple's patent today shows us their work on integrating inductive charging into an iPad cover is still in the works.

On a slightly different track, Patently Apple posted a granted patent report on September 11th that illustrated a future iPad with a ceramic back supporting future wireless charging (see FIG. 6 below). This is a new iPad design that will likely work with a charging pad and hopefully with AirPower, should it still be on track. 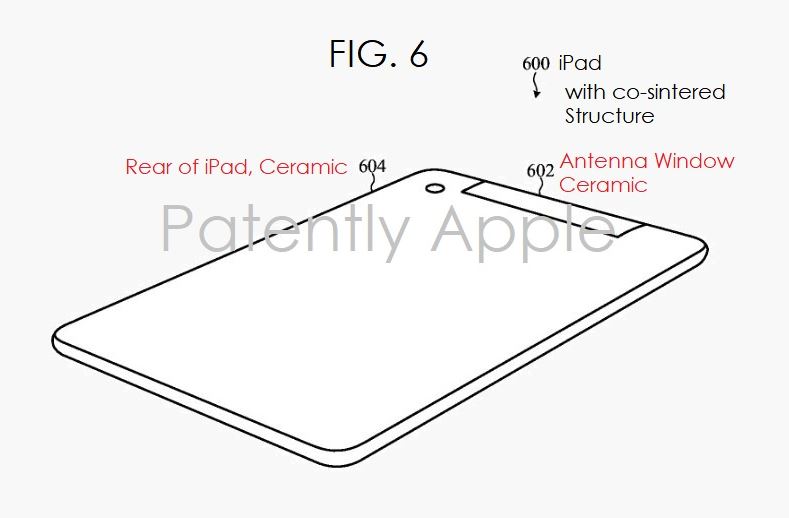