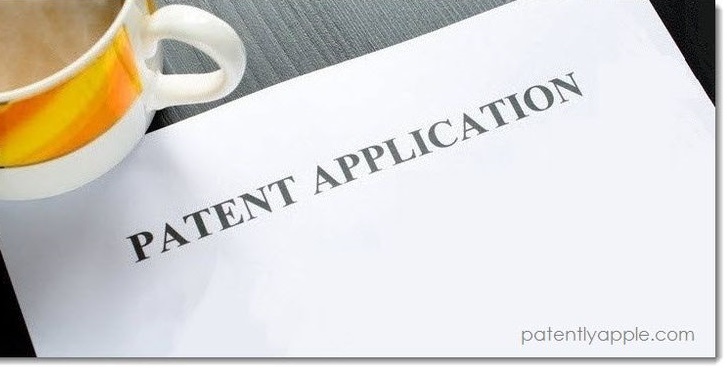 Today the US Patent & Trademark Office published patent applications from Apple relating to a wide range of inventions. The first one covers an enhanced 3D mapping scanner. The other two cover updates to long standing inventions relating to intelligent bezel controls and a worn-out shoe sensor that could now work with Apple Watch and more.

Resonant Scanning Mirror with both Magnetic and Mechanical Torsion Springs

Apple notes that "scanning mirrors are used in a variety of applications, particularly in projecting and receiving beams of light. A scanning depth engine in which a transmitter emits a beam comprising pulses of light, and a scanner scans the beam, within a predefined scan range, over a scene. A processor is coupled to control the scanner so as to cause the beam to scan over a selected window within the scan range and to process the output of the receiver so as to generate a 3D map of a part of the scene that is within the selected window." This kind of scanner is used in Apple's Face ID.

Apple's patent FIG. 1 below is a schematic pictorial illustration of an optical scanning engine comprising a resonant scanning mirror assembly. 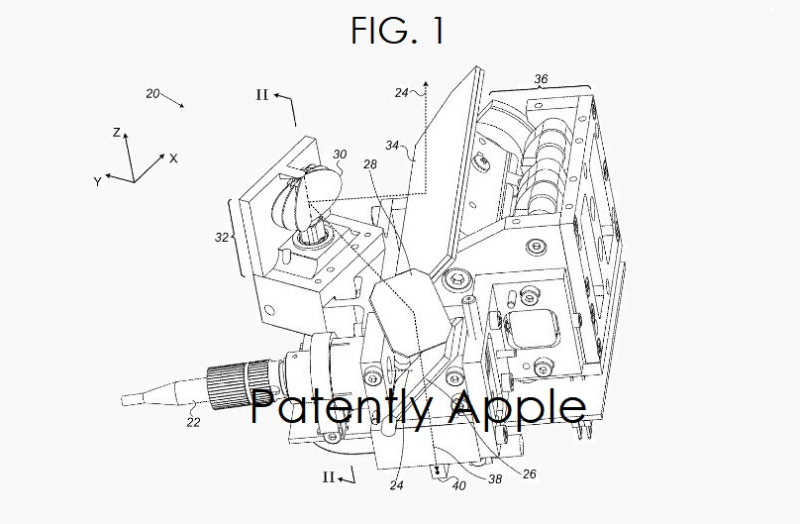 Apple's patent application centers on the scanner's mechanics but never explains whether this enhanced scanner is for future iDevices to enhance Face ID or a scanner to be used in vehicle lighting system that was revealed in a patent report published earlier this morning.

Apple's patent application 20180252914 was filed back in Q4 2017. For more details, check out the patent filing here. Considering that this is a patent application, the timing of such a product to market is unknown at this time.

Apple was granted a patent in 2010 for an invention filed in 2006 about creating controls that could be built into the iPad's bezel. Today the U.S. Patent Office updated this patent at a time where the iPad's bezel is rumored to be disappearing.

Though in the big picture, Apple's patent leaves the door open for this concept to extend to other devices including a game machine, navigation device and more.

Apple's patent FIG. 4 below illustrates an embodiment of an electronic device having a display and a touch sensitive bezel. 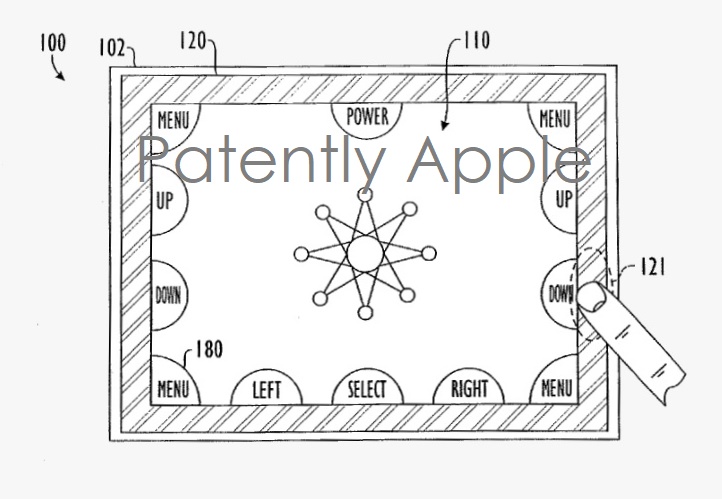 The originating patent mentioned 'sensors' in 2 of its 45 claims. In today's update "sensors" are front and center and mentioned 9 times and listed in the all-important first claim which now reads as follows:

According to the patent's claims, the sensors would be "Force Sensors." You could review Apple's patent 20180253172 here for more details. It's only the patent claims that have changed.

Another oldie patent has resurfaced. Apple first introduced this invention in 2011 and updated in 2013. Today, the U.S. Patent and Trademark Office published an update to this invention from Apple under application number 20180249783 which you could review here.

Today's update mentions "speakers" twice and the context with patent point #38 which states that "a small speaker (e.g., that emits voice annunciations or other sounds generated by processor). That likely is referring to Siri.

The second new point added to their patent claims is the use of Apple Watch indirectly. The patent claims state: "The system of claim 45, wherein the enclosure is configured to be worn on a wrist of the user during the activity period." This is listed five times.