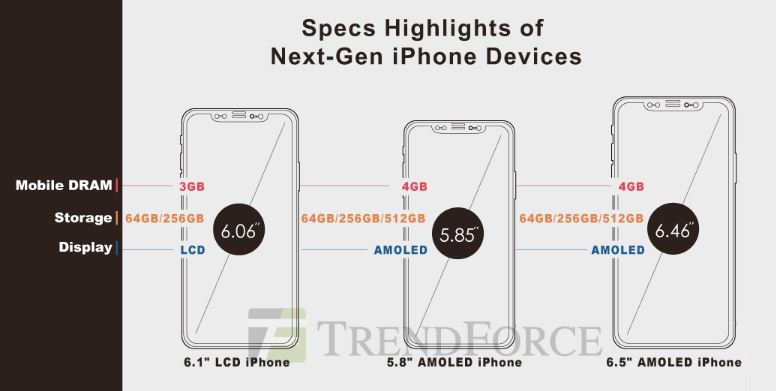 According to a new TrendForce report, Apple plans to introduce three new iPhone models later this year. All three models would continue to feature Face ID, and two of them would be premium versions with an AMOLED screen. Apple Pencil would be offered as an option as well.

With the production volume estimated by TrendForce at around 83~88 million units, the new iPhones to be released may take a larger share of the company's annual sales volume compared with the three models last year. For more on this story, check out the full TrendForce report here.

Side Note: A few Apple Pencil for iPhone patents: One and Two