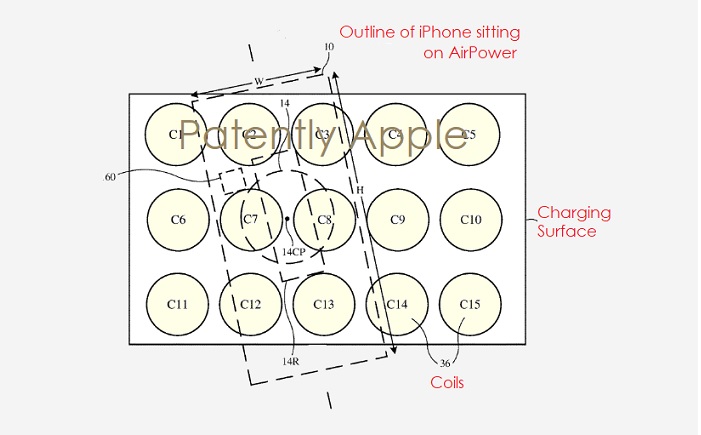 In Apple's patent FIG. 5 below we're able to see a top view of an illustrative wireless power transmitting device with an array of coils that forms a wireless charging surface The resulting coil selection may, as an example, favor a coil such as coil C8 of FIG. 5 that overlaps coil #14 less than coil C7, but that helps minimize exposure of sensitive component #160 to wireless power signals transmitted by AirPower during battery charging operations.

Apple's patent application 20180233954 was filed in Q4 2017. One of the inventors listed on the patent filing is Zaki Moussaoui Ph.D., Director of Power Technology / Systems Architecture. 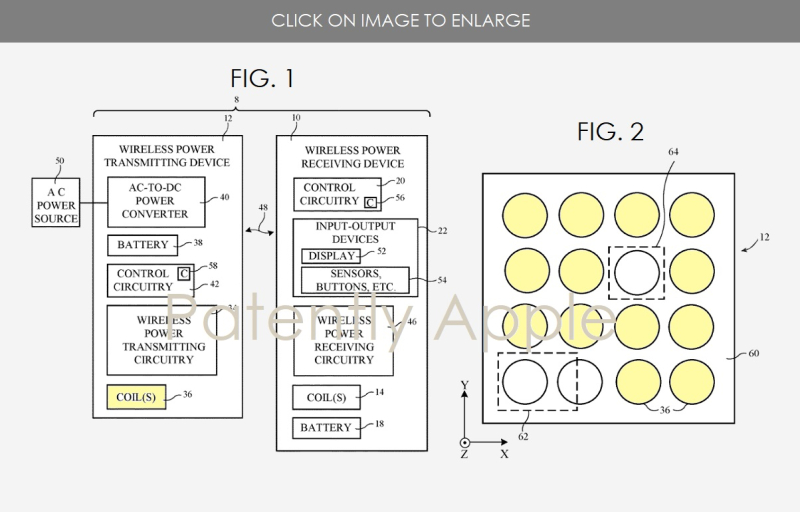 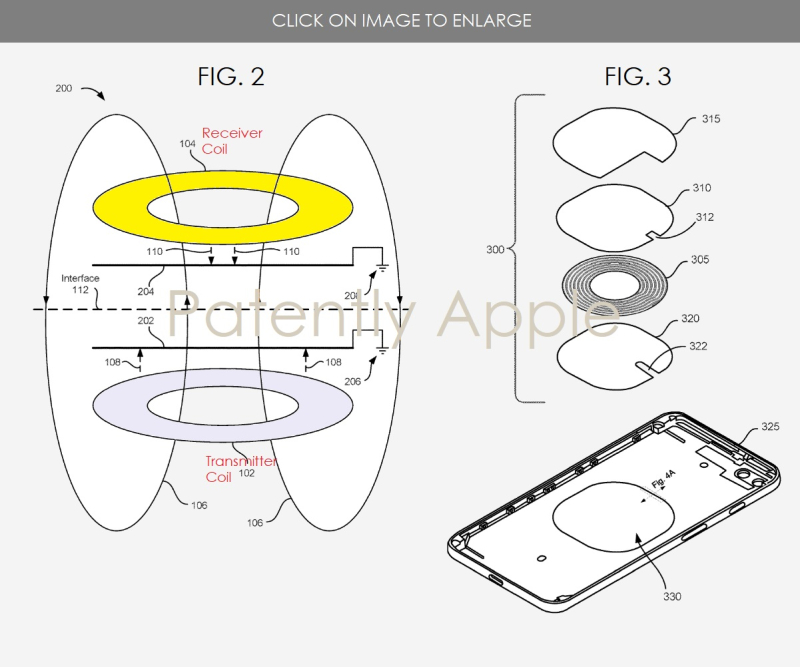 Patent Abstract: Embodiments describe a wireless power receiving module to receive magnetic flux for wireless power transfer. The wireless power receiving module includes a receiver coil comprising a single length of wire wound into a plurality of turns, an electromagnetic receiver shield coupled to a first side of the receiver coil, a ferrite layer coupled to a second side of the receiver coil opposite of the first side, the ferrite layer positioned to redirect magnetic flux during the charging event to improve charging efficiency, and a thermal mitigation shield comprising a thermally conductive layer adhered to an electrically conductive layer where the electrically conductive layer is coupled to ground, and where the ferrite layer is sandwiched between the thermal mitigation shield and the receiver coil.

Posted by Jack Purcher on August 19, 2018 at 09:03 AM in 1A. Patent Applications, Wireless Charging, Wireless technology | Permalink | Comments (0)