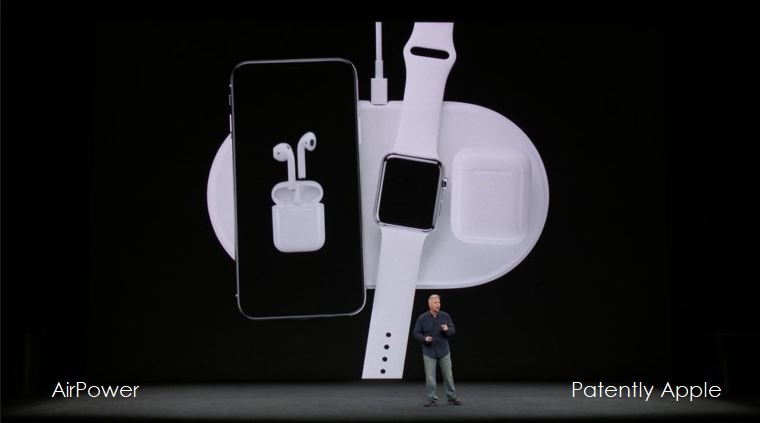 Apple's patent FIG. 1 below illustrates a schematic of an inductive power transfer system; FIG. 2 is a block diagram of an object detection system. 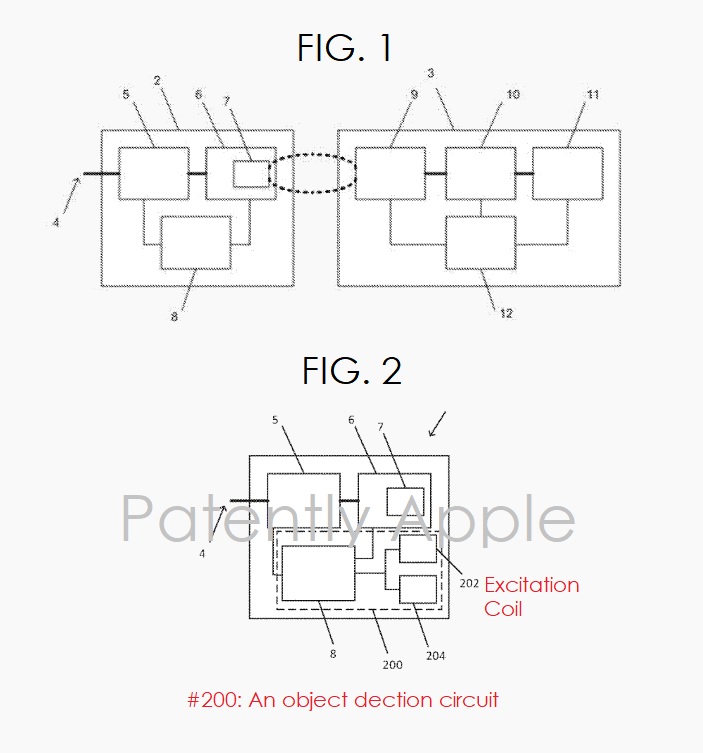 More specifically, Apple notes that it may be desirable in certain applications for the IPT transmitter to selectively provide power to associated receiver devices (e.g., mobile phones, remote controls, etc.) and not to foreign objects (FO) (e.g., paperclips, coins, etc.).

To this end, the IPT transmitter may include an Object Detection (OD) system. The OD system may either deactivate coils in response to non-receiver devices or only activate coils in the sole presence of receiver devices. In situations where there is a plurality of transmitting coils, such as an array of coils (e.g., on a charging mat), the OD system may only de/activate a subset of coil/s according to the location of the receiver/non-receiver device respectively. The FO detection algorithm mentioned earlier may form part of the OD system, or it may be the entire OD system depending on application requirements.

This may involve an array of coils, and/or or a plurality of OD circuits depending on the requirements of the application. In alternative implementations the OD field may be generated by the transmitting coil or may be a separate tuned coil, coupled or otherwise. It may be operated sequentially with the IPT field or simultaneously.

The OD field should operate at least two significantly different frequencies. More than two frequencies may be used depending on the application. It is desirable that the upper and lower frequencies are chosen to allow reliable detection of the expected foreign objects for the particular application.

Typical examples of such foreign objects are metallic elements such as coins, keys, paperclips, etc. For example, if a metal object is close to the active IPT field, it could heat due to eddy currents being developed from the oscillating magnetic field. In order to prevent the temperature of such parasitic metal from rising to unacceptable levels, the power transmitter should be able to discriminate between power receivers and foreign objects and reduce the power being transferred or abort operation altogether. Various example embodiments will now be described for detecting foreign objects in relation to an inductive power transmitter.

A third method to detect foreign objects is to actively generate a resonating voltage in a receiver or detection coil and then detect the Q value changes via the transmitter coil."

Posted by Jack Purcher on August 30, 2018 at 08:23 AM in 1A. Patent Applications, Wireless Charging, Wireless technology | Permalink | Comments (0)