Home Archives Contact Us Subscribe Twitter Facebook Patently Mobile
TrendForce takes a Leap by claiming that Apple Pencil will be an Option for new 2018 iPhones
Turkey's First Response to new U.S. Sanctions and Trade Tariffs is to call for a Boycott on Apple Products 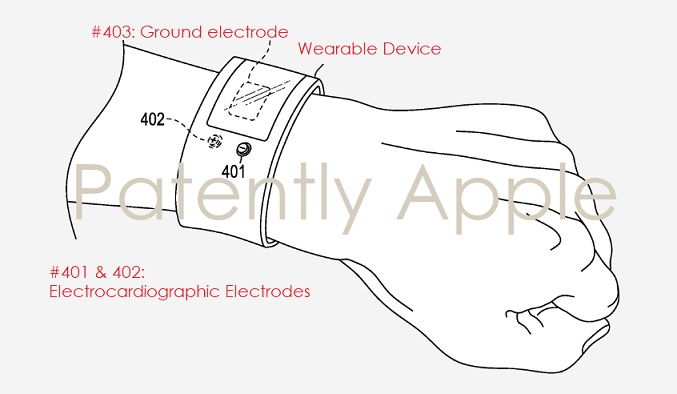 The U.S. Patent and Trademark Office officially published a series of 56 newly granted patents for Apple Inc. today. In this particular report we cover two patents. The first covers a likely new wearable device designed to measure electrocardiographic signals. The second patent covers a method for an iDevice to transition to an in-vehicle network. Today Apple was also granted a U.S. design patent for iPhone 8. We wrap up this week's granted patent report with our traditional listing of the remaining granted patents that were issued to Apple today.

Granted Patent: Method of Detecting the Wearing Limb of a Wearable Device

In 2016 Patently Apple posted a patent application report titled "Apple Invents a New Health Wearable Device that Measures Electrocardiographic Signals." The patent revealed a possible new wearable device beyond Apple Watch that could be in the works that has the capability of recording electrocardiographic signals, and more particularly to detecting and correcting for inversions in electrocardiographic measurements caused by wearing the device on varying locations on the human body. 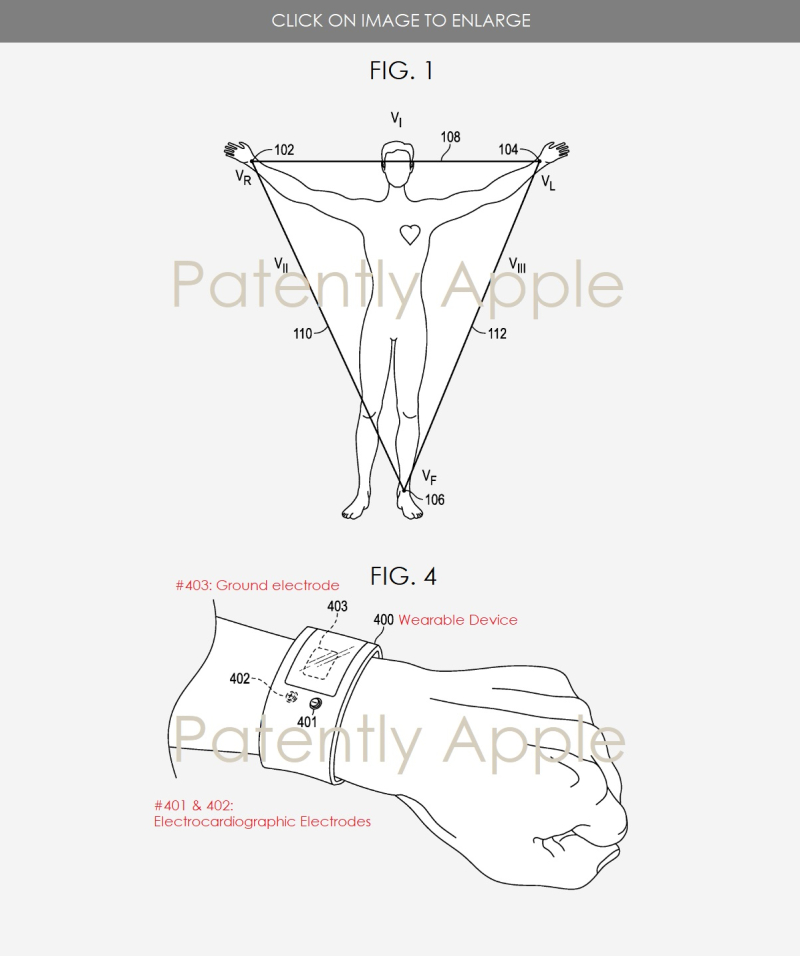 Granted Patent: System and Method for Transitioning to a Vehicle Network

Last year Patently Apple posted a granted patent report titled "Apple Granted a Patent for iDevices transitioning to a Vehicle or Home Network." The patent covered systems and methods for transitioning between networks which includes a car, boat or airplane."

Apple has updated their patent claims in this second granted patent to cover the use of Bluetooth and near-field communication connections not listed in the previous granted patent. 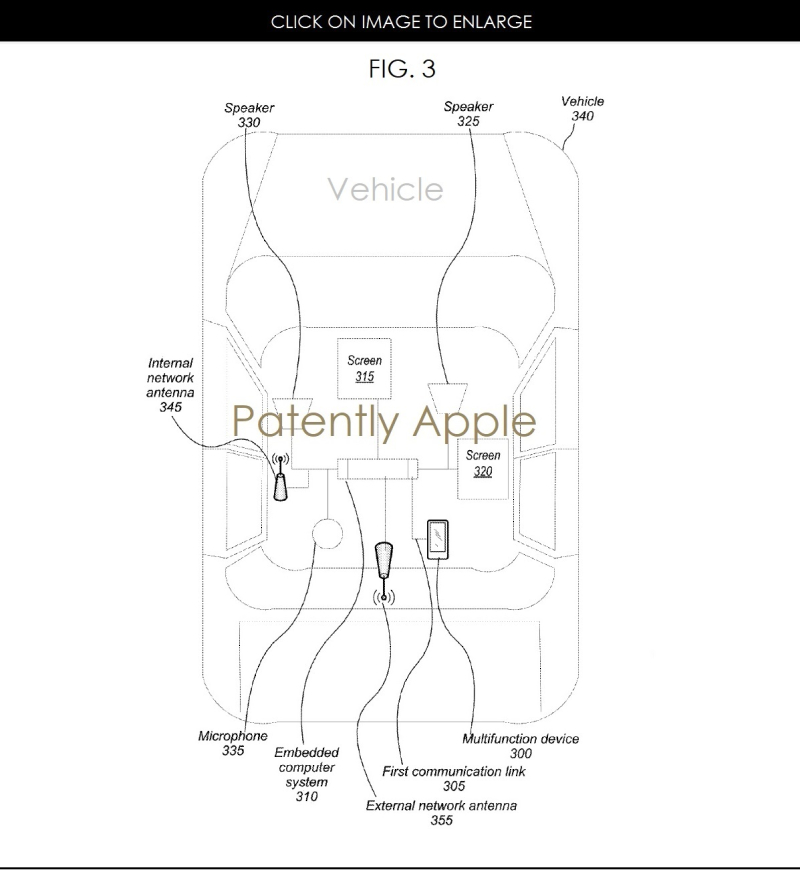 Apple's granted patent 10,051,522 was filed in Q3 2017 and published today by the US Patent and Trademark Office. You could review our 2017 granted report here for more general information and other graphics.

Apple was granted design patents today for the iPhone 8, for a MacBook Pro component and even a MacBook Pro with a DVD drive which died many moons ago (not shown). Apple began to axe the DVD in the MacBook Pro in 2013. 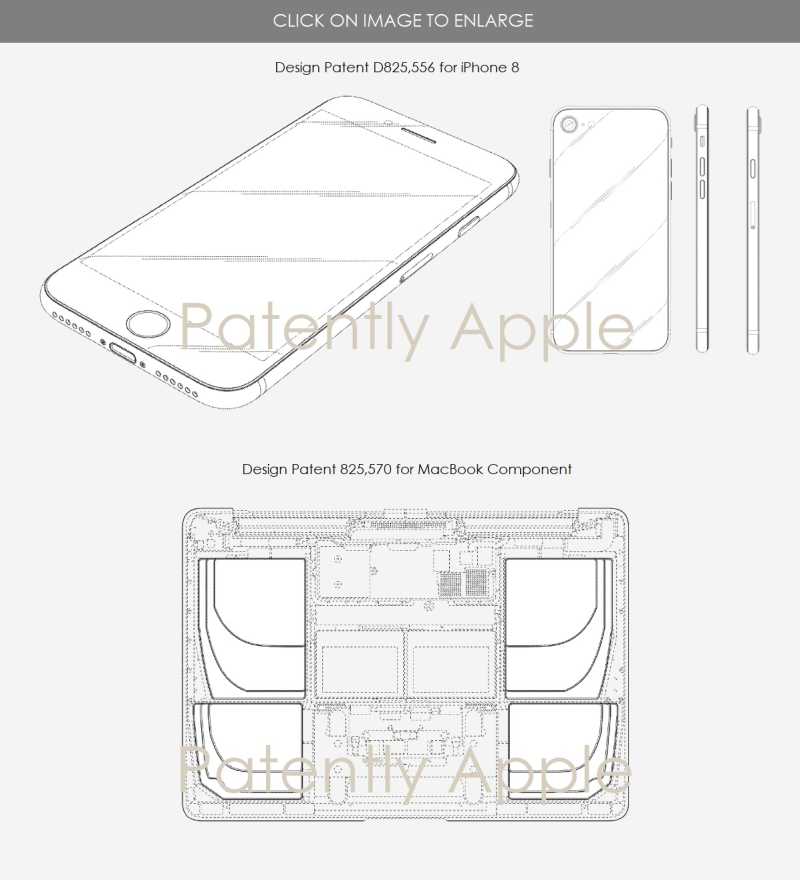 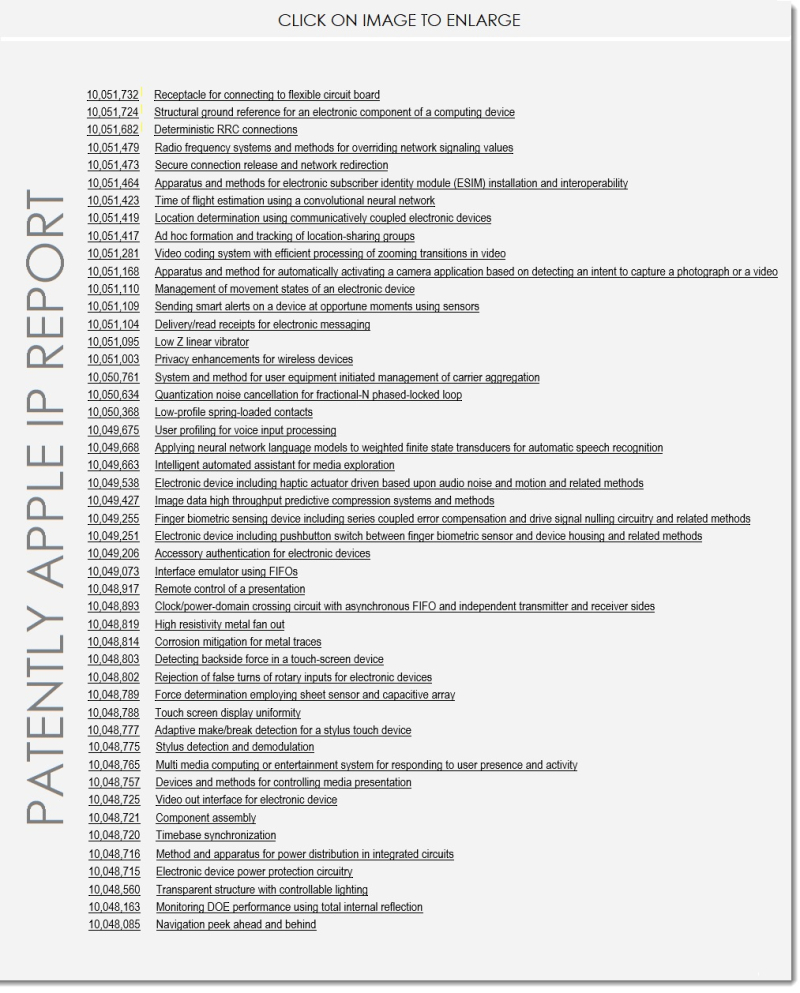