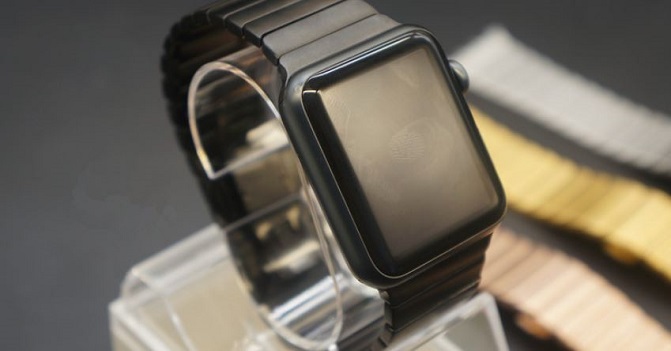 Today the US Patent & Trademark Office published a patent application from Apple that relates to the creation of the Apple Watch "Link Bracelet" and the ease of adding a link. Apple notes on their accessory page: "And thanks to a simple release button, you can add and remove them without any special tools." While Apple was granted a patent for this in May, Apple has now filed continuation patent 20180242697 wherein they've added 20 new patent claims. While their granted patent focused on the "wristband" and "method," today's continuation patent focuses solely on "the Clasp." You could review the new patent claims here. One application noted in the patent not seen to date is a method of tethering an iPhone to an Apple Watch as presented below in patent figure 13. 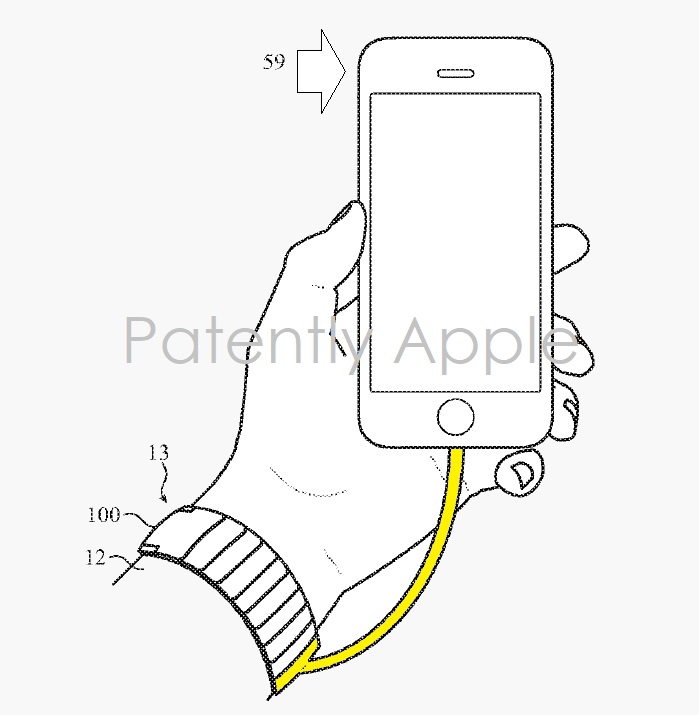 Apple's patent FIG. 13 above illustrates an embodiment including an electronic device #59 (an iPhone) as held by a user. In one embodiment, the iPhone may be tethered to the wrist of a user directly by wrist band #13, or band 13 may be attached to another part of the user or his clothing.