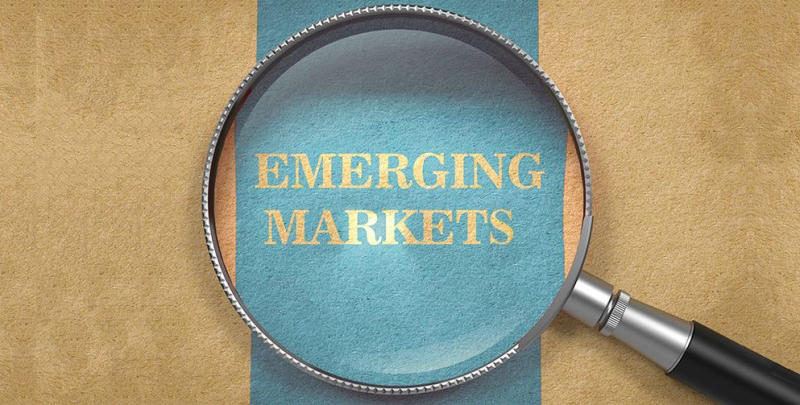 It's pretty clear that Apple is a luxury brand enjoyed by the middle class and wealthy. Apple's strategy for emerging markets like India and Indonesia is to simply wait it out for a decade as a middle class rises that could afford their products. Apple may talk up wanting to do better in India but quarter in and quarter out and Apple can't even go beyond 1-3%. Statistics published this week by IDC and Counterpoint make this reality abundantly clear.

On August 13, Patently Apple posted a report titled "IDC's Q2 2018 Smartphone Report for the Indian Market shows Xiaomi a Clear Winner, Samsung Struggling and Apple Invisible." IDC posted another report this week revealing the strength of the PC market in India in Q2 2018, but Apple is once again nowhere to be seen.

Notebooks contributed to 61 percent of the overall India traditional PC market with a 45.2 percent year-on-year growth as demand continued across both the consumer and commercial segments.

The growth was mainly driven by ultraslim notebooks, which now account for 20 percent of overall notebooks compared to 11 percent a year ago.

The PC leaders in India for Q2 2018 are HP, Dell, Lenovo and Acer. Apple is somewhere in the "Others" category, but we're blind as to whether Apple has 9% or 1%. 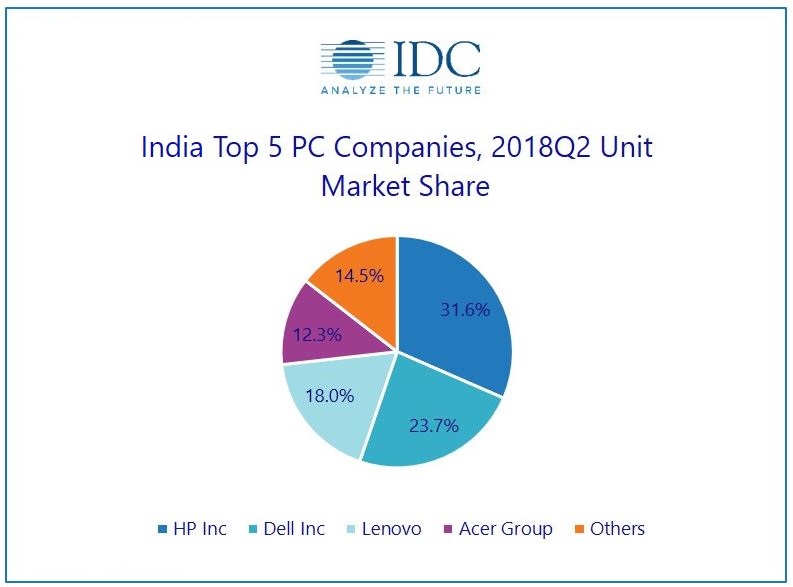 Both HP and Dell did very well in the ultraslim notebook area. For Dell, ulraslim notebooks registered double digit growth. For more details, read the full IDC report here. IDC didn't think it was worth even mentioning Apple.

On Thursday Counterpoint reported on smartphone sales in Indonesia that recorded new record volumes during Q2 2018. Counterpoint only mentioned Apple once stating: "Apple had less than 1% market share in country. Apple has recently expanded its reach in the country, but new iPhones are still expensive in the region."

The big story this quarter was Xiaomi going from 2% of the market in Q2 2017 to 22% in Q2 2018 to take the number two spot in Indonesia. They came out of nowhere just as they've done in India where they're now challenging Samsung for the #1 spot.

With over half of the market being phones in the $150 range or lower, it's easy to see why Apple is locked out. For more details on the Counterpoint story in Indonesia click here.

While Apple's executive team play with statistics and tell analysts how great they're doing in India, the reality on the ground is that they're irrelavant in both smartphones and PCs.

Another round of fired executives in India is another sign that things are unlikely to turn around any time soon. Hopefully Apple Stores will help to make a mark in India, though we're still in the dark as to when that will take place.

Until such time, the $1 trillion dollar valued tech giant is able to sweep the bad news about emerging markets under the carpet without analysts even blinking. As long as Apple continues to beat Wall Street expectations, the knives will stay hidden.

The thing is that the likes of Xiaomi, OnePlus, Oppo, Vivo and even Samsung are making excellent smartphones in the mid to lower end of the smartphone market to the point that Apple will continue to be locked out.

Apple's competitor's are making solid smartphones with designs just as cool as the iPhone at affordable prices and these markets have little to no interest in Apple's hand-me-down iPhone models. Apple's one time magic has faded in many markets and the memo just hasn't reached Apple's executives yet.

Will Apple make any meaningful changes in emerging markets anytime soon? The stats speak for themselves.

It's a known fact that Apple makes the most profit in the industry (01 and 02).  That's only possible because they don't spend time spinning their wheels trying to make a product in volume at close to break even just to become a popular brand in emerging markets as others do. Some will praise Apple for that while others will continue to view Apple as an elitist company with fake values.