Earlier today Patently Apple discovered a patent application from Apple that was filed in Europe about the backside camera of iPhone using asymmetric zones in a Fresnel lens. Last November Time magazine posted a report on the camera improvements on Apple's iPhone X. One such improvement is that the iPhone X has a dual-lens camera, previously only available on the iPhone Plus models. This provides both a wide-angle and a telephoto lens, which both shoot 12 megapixel images. The patent discovered today covers this advancement. 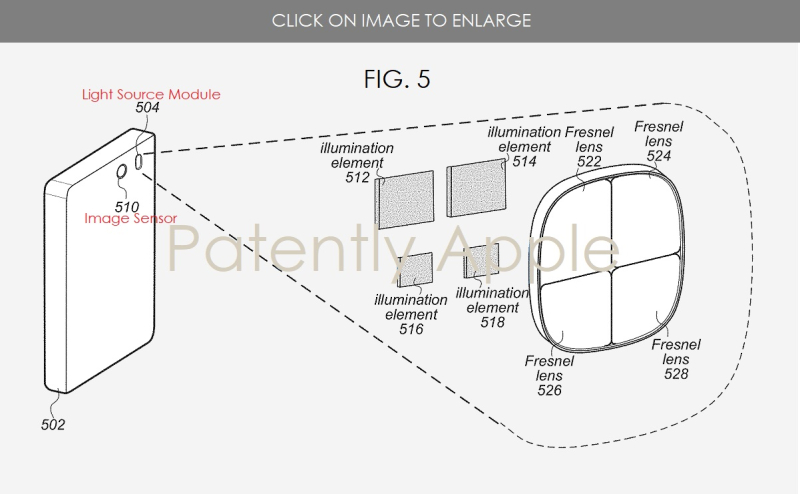 If you're a camera buff, Patently Apple is providing you with a copy of the patent's description below in a Scribd document to help you review the details.

The patent gives me the impression that it may also be covering the new Portrait mode effects that allow the user to apply different lighting affects to the same photo. I can't confirm it because Apple doesn't provide marketing terms like "Portrait Mode" to make it easy to identify.

Below are some of the other key patent figures that will assist your review of the patent description further below.

Apple's patent FIGS. 1A-1C below illustrates different optical systems that include different Fresnel lenses and light source placements, including a Fresnel lens with an asymmetric zone. 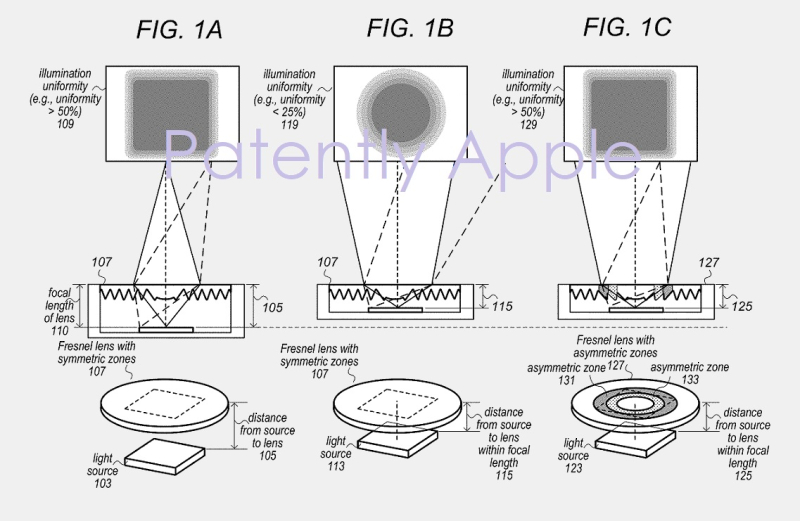 Apple's patent FIG. 4 below illustrates a Fresnel lens with multiple asymmetric zones that redirect light to different portions of a field of view. 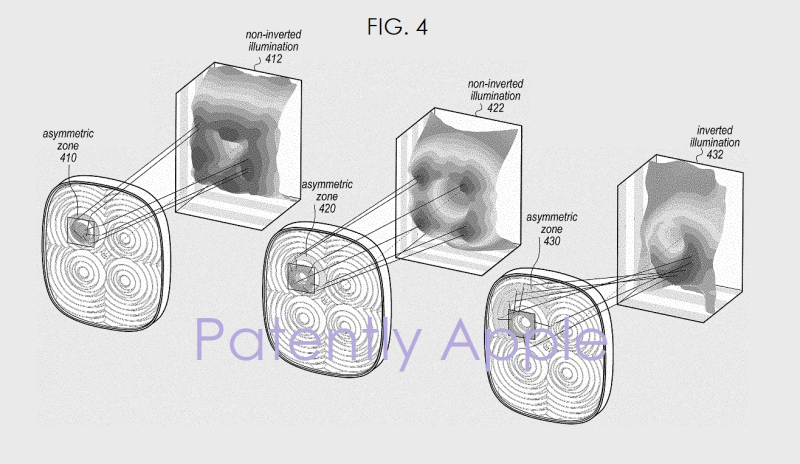 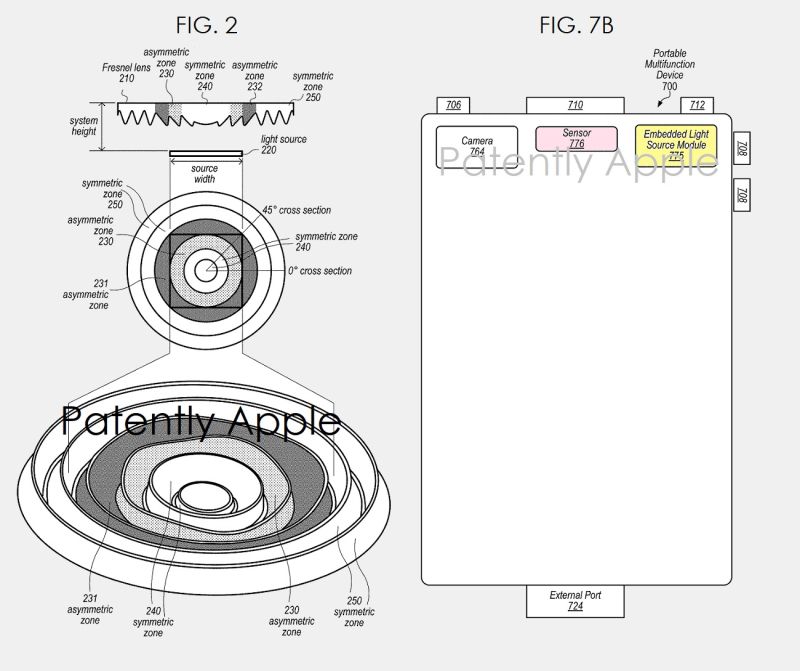 Apple's patent FIG. 2 above illustrates a Fresnel lens that includes an asymmetric zone; FIG. 7B illustrates a portable multifunction device with an embedded light source module.

Apple's patent application discovered in Europe was posted on August 9, 2018. It was filed in Europe on January 30, 2018.

Apple mentioned the use of Fresnel lenses in a granted patent published last December in context with an iMac using Face ID and user presence in a camera.