Home Archives Contact Us Subscribe Twitter Facebook Patently Mobile
Apple Sued for Patent Infringement regarding the iOS Feature 'Do not Disturb' while Driving
At the End of the Day: A Round-Up of other Apple and Technology Stories for July, 11, 2018 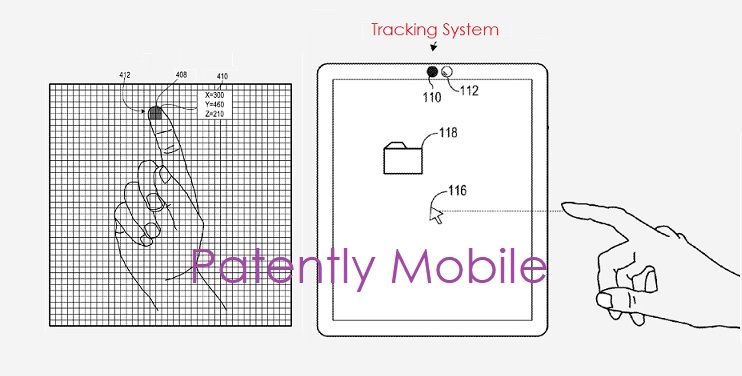 This week Microsoft introduced 'Surface Go' – a budget sensitive Surface tablet for the education market and beyond. While there were a few nice refinements to their Surface tablet, there was nothing that could actually shake up the tablet market in any measurable way.

The U.S. Patent and Trademark Office published a granted patent for Microsoft yesterday that covers their invention for a future touchless input system; a system that could shake up the market if they're able to be first to market with this feature. It would definitely go a long way in showing that they could be a serious leader in tablet innovation, instead of being an iPad follower.

The system, in some ways, resembles characteristics that are found in today's TrueDepth Camera from Apple that's used for Face ID. Apple has patents (one, two and three for example) that will be able to take advantage of the next-gen TrueDepth camera that could provide gesture recognition and beyond. Microsoft's current granted patent covers a similar invention but in round one focuses in on touchless input.

Microsoft's granted patent covers visually detecting touchless input. A tracking system including a depth camera and/or other source is used to receive one or more depth maps imaging a scene including one or more human subjects. Pixels in the one or more depth maps are analyzed to identify non-static pixels having a shallowest depth. The position of the non-static pixel(s) is then mapped to a cursor position. In this way, the position of a pointed finger can be used to control the position of a cursor on a display device. Touchless input may also be received and interpreted to control cursor operations and multitouch gestures. 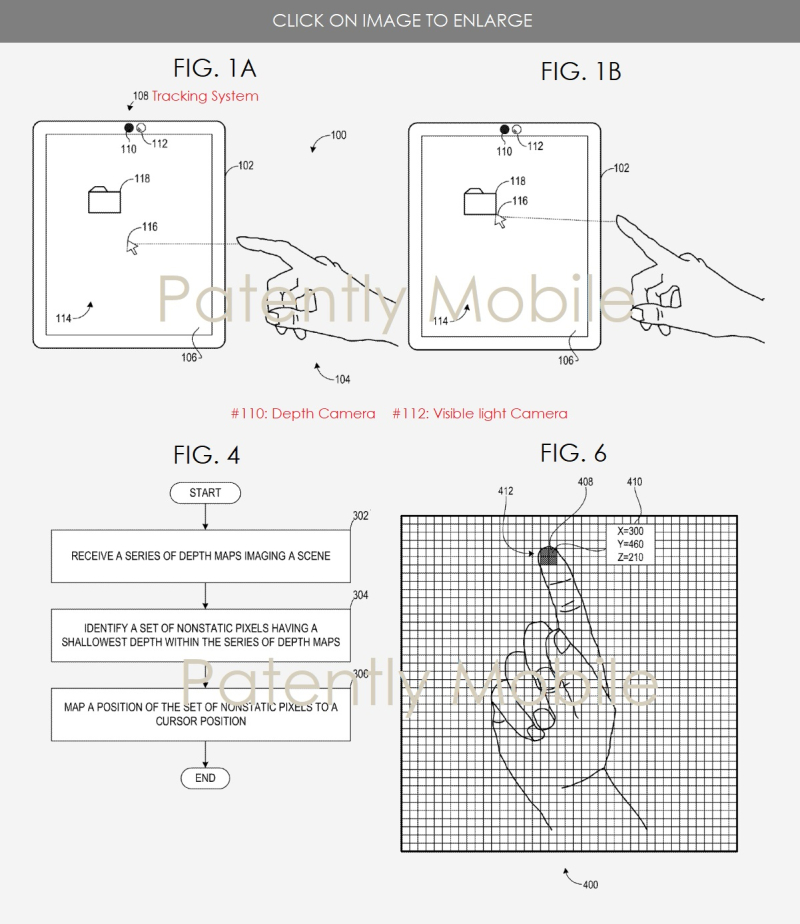 Microsoft further notes that other movements made by a user may be interpreted as other controls. As non-limiting examples, the user may carry out a plurality of cursor operations, including click and drag operations.

Further, the user may carry out other operations not related to a cursor, including multitouch gestures such as zooming and panning. While the GUI is provided as an example, it is to be understood that virtually any GUI and/or other aspect of a computing device may be controlled with the touchless input.

Virtually any finger or multitouch gesture may be interpreted without departing from the scope of this invention. While "multitouch" is used to describe finger gestures that utilize more than one finger, it is to be understood that the present invention enables such gestures to be performed in a touchless manner.

In some embodiments, the input subsystem may comprise or interface with a "structured light" depth camera, which may be configured to project a structured infrared illumination comprising numerous, discrete features (e.g., lines or dots). A camera may be configured to image the structured illumination reflected from the scene. Based on the spacings between adjacent features in the various regions of the imaged scene, a depth map of the scene may be constructed.