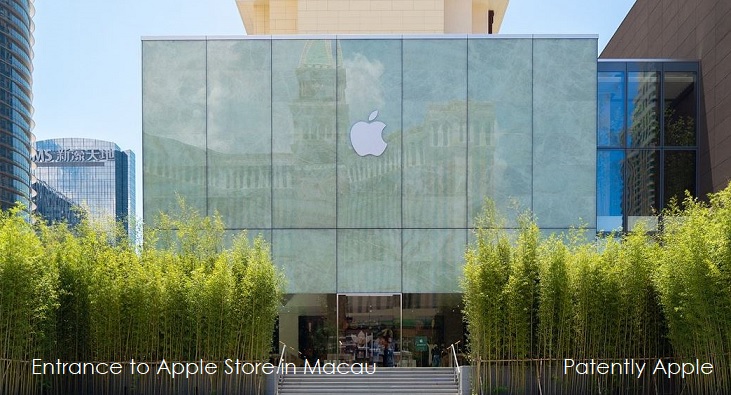 Some great new jumbo photos of the new Apple University Village Store in Seattle and more from the Apple Store in Macau have surfaced showing off new retail spaces with great public spaces.

The Seattle Times report noted that "The broader store is designed to be a semi-public gathering space where you could come and just hang out in a custom-built teak Adirondack chair on a broad white terrazzo porch, admire the anodized aluminum trim details. 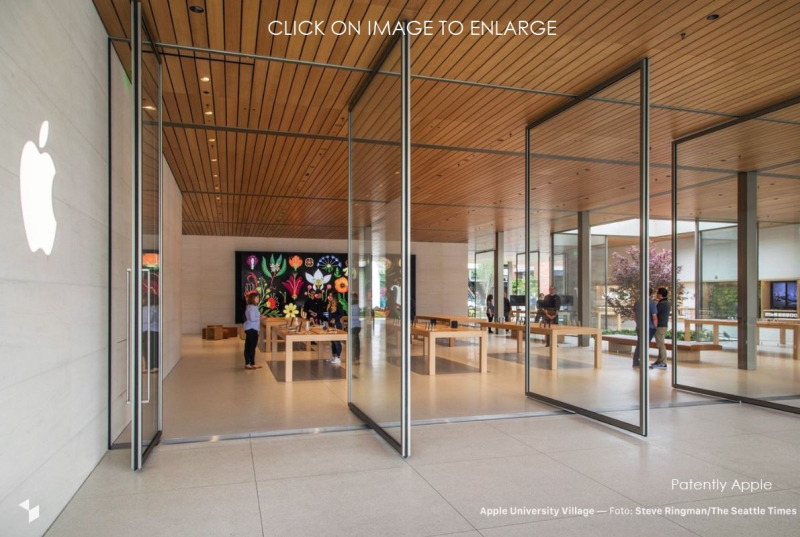 J Siegel, Apple's senior director of store design told the Times: "We really want that town-hall feeling to be the anchor of the store."

In a light well inside, a Japanese maple grows surrounded by ferns. A raised planting bed filled with Bowhall maples whose leaves will turn bright red in the fall separates the new Apple store from the old one's glass and metal facade. 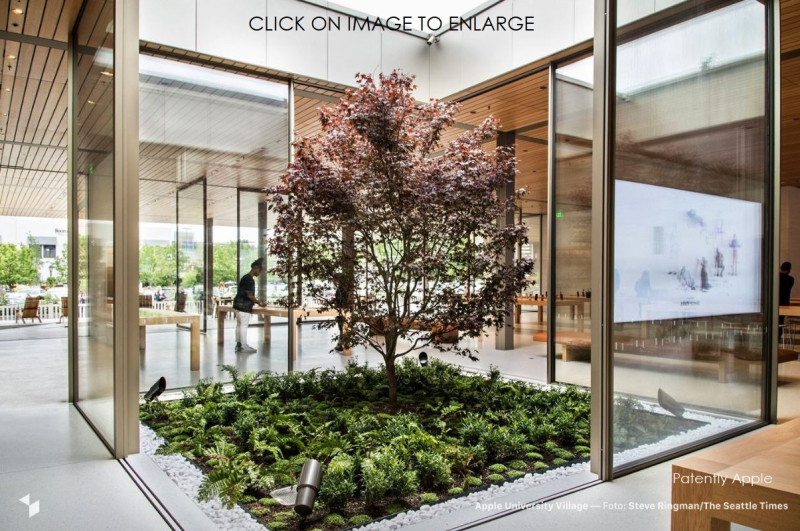 The store has five entrances composed of 9-foot-wide glass panels that reach to the 14-foot ceilings and pivot open, letting the breeze flow through and intentionally blurring the line between the interior retail space and the surrounding porches.

The green roof, invisible from ground level, is planted with sedum and already frequented by honey bees, a dramatic change from the asphalt parking lot the store replaced. For more on this, read the full Seattle Times report here. 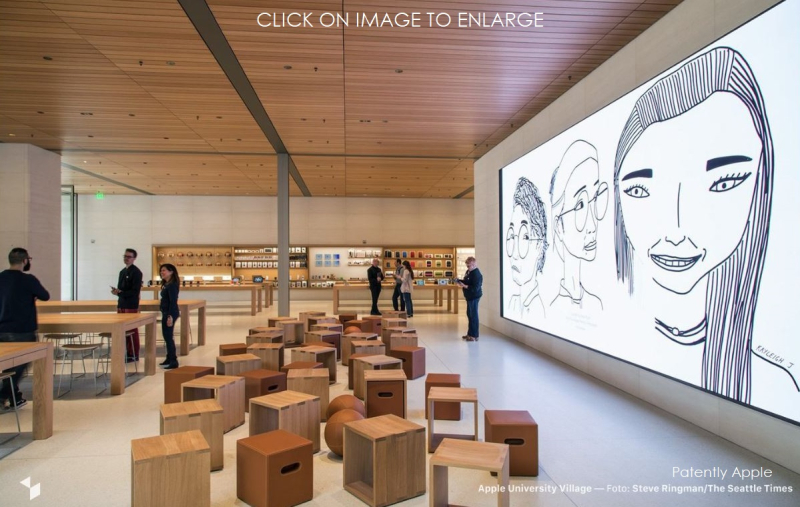 More Photos of the new Apple Store in Macau 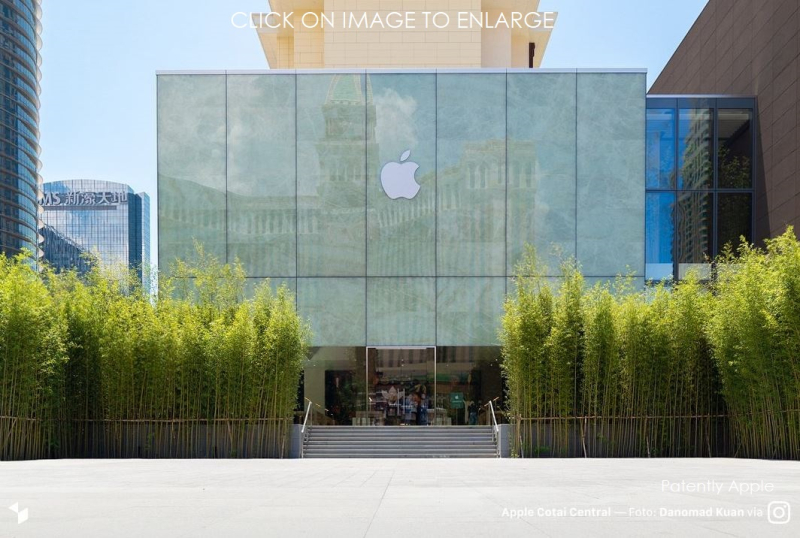 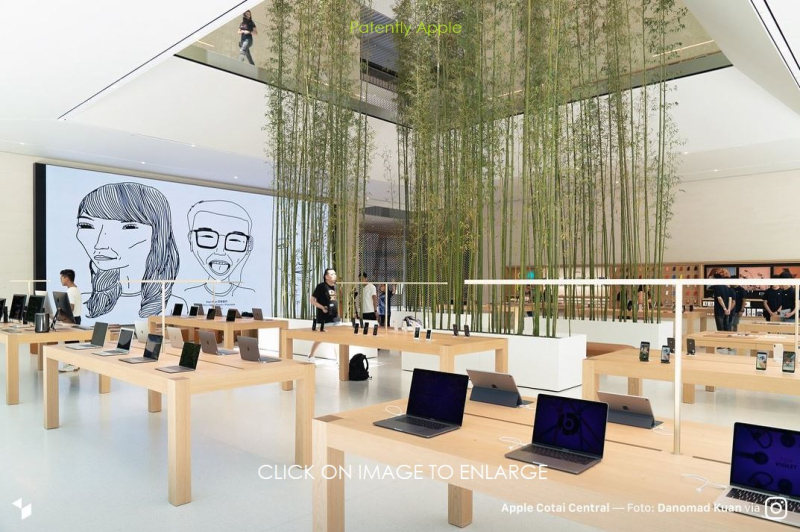 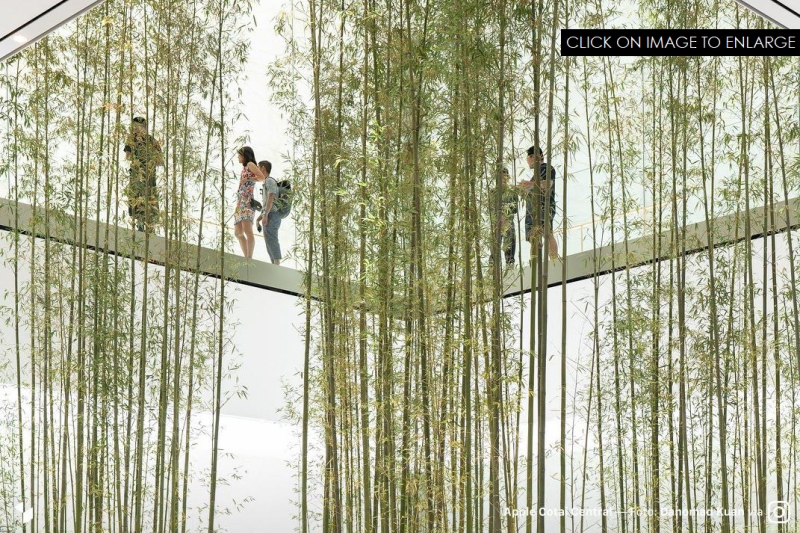 The collection of great photos were posted by Germany's Storeteller, an expert in Apple Store news.