In February Patently Apple reported on Q4 2017 statistics showing that Apple's iPad Pro was the leading detachable in Europe according to IDC. In early May we posted a report titled "Apple's Streak Continues as they Buck the Trend of Declining Tablet Shipments with Growth & Leadership." Then on May 12th we posted yet another report on this subject that touched on IDC stepping over the line of objectivity of tablet data to promote Google's Chrome OS based tablets that have yet to ship.

With Apple being the only OEM to buck the detachable trend into negative territory, IDC decided for their latest report published late yesterday to create a "generic" trend chart for PC's and detachables like the iPad Pro so as to not have to mention Apple's ongoing success against a sea of competitors from Samsung to Microsoft's Surface.

Cutting to the chase, PC's have been declining for years and they will continue to decline over the next five years as shown in IDC's chart below. 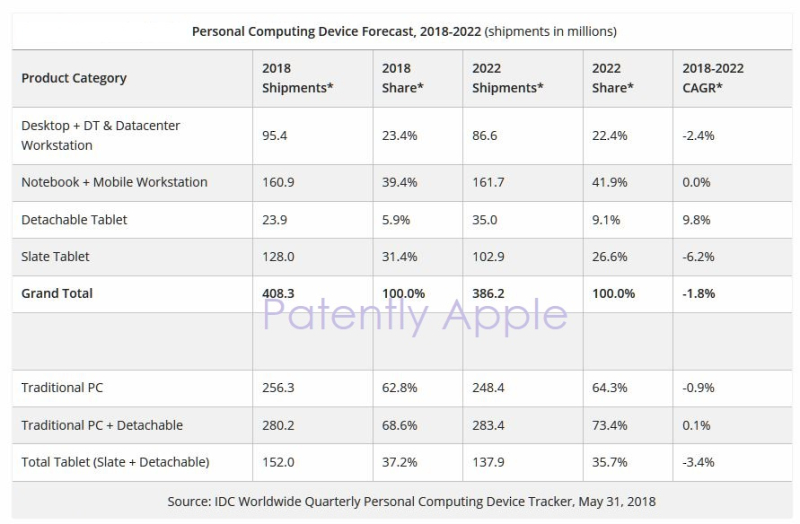 The only bright spot on the chart is the "Detachable Tablet" sector which is forecasted to gain 9.8% in shipments by 2022 with everything else remaining flat (notebooks) or declining (PC's, desktops) by -2.4%. Standalone tablets will be hit the hardest with a decline of -6.2%. Those are the facts according to IDC. 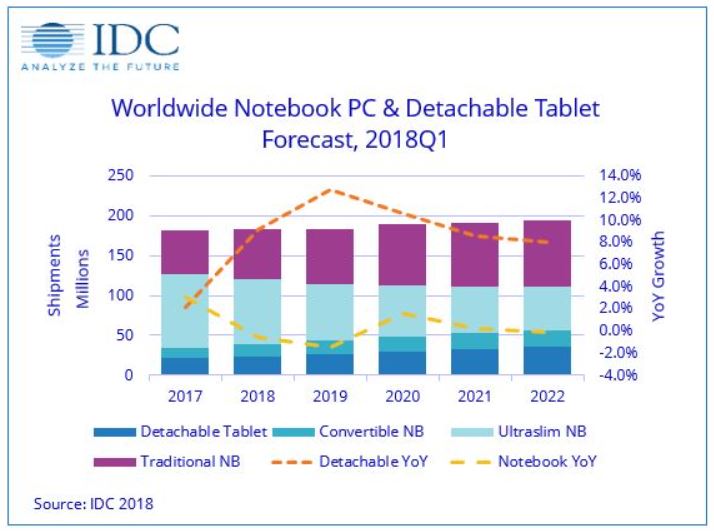 IDC's second chart noted above doesn't list standalone tablets. They do however chart how they see year-over-year growth will be for Detachables with a peak occurring sometime in 2019. Why is that?

Firstly, our May 12th report referred to earlier showed that IDC is convinced that Chrome based tablets will move the needle and give Apple's iPad Pro some competition. Google is likely to offer giveaway pricing to schools in order to win the useless "Volume" award which analytical companies blindly love along with Wall Street. 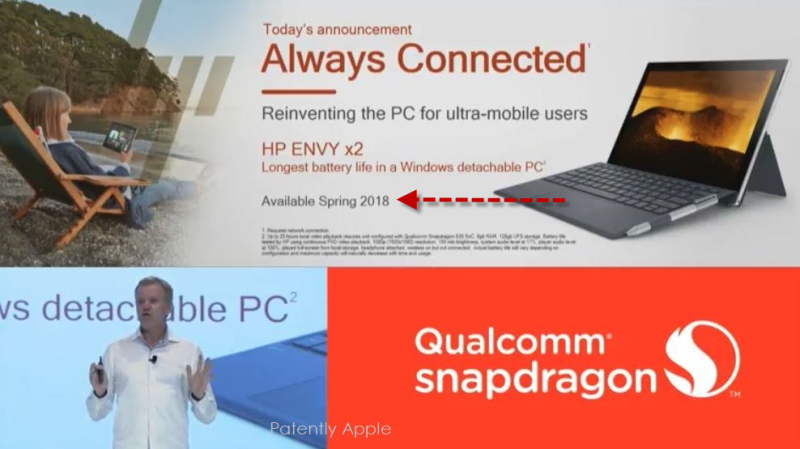 Secondly, the new Qualcomm + Windows 10 Always Connected Detachables that were announced in December, will arrive shortly. They were promised for Spring 2018 (shown in their slide above), which ends on June 20th. Qualcomm's latest video below indicates that their Spring launch still looks to be on schedule.

Below is HP's 'Always Connected' detachable that will run Qualcomm's Snapdragon processor to usher in a new type of PC that has the best of a smartphone and tablet but in a familiar form factor PC fans will appreciate.

You could learn about HP's unit here (the Asus unit here and Lenovo's unit here). Qualcomm's latest information on their new devices and architecture could be found here. At present it appears that HP's unit is only one available in the U.S.. It's not even available in Canada yet. There's likely to be a major event to kick-start this new product. It's likely and purposely being timed after Apple's WWDC event should they wish to tweak their introduction and slam Apple wherever they possibly can. 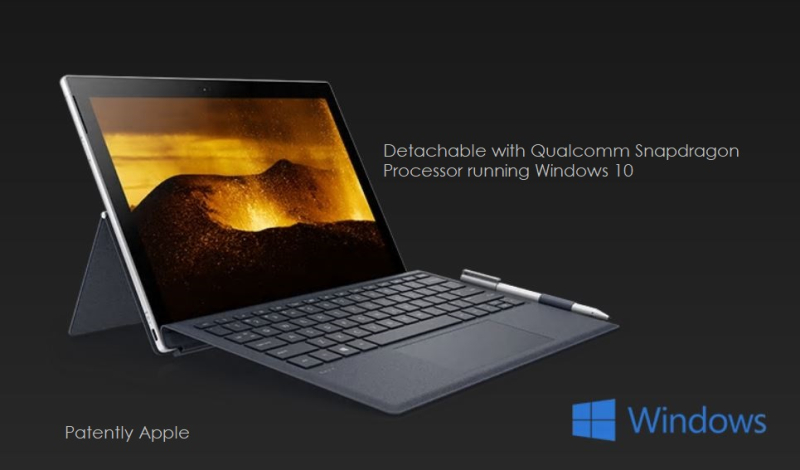 These are the reasons that IDC sees that could lead to a sharp spike in detachable shipments over the next year.