With most Android Phones set to be 5G Ready this Fall, will Apple Future Proof their new iPhones as well? 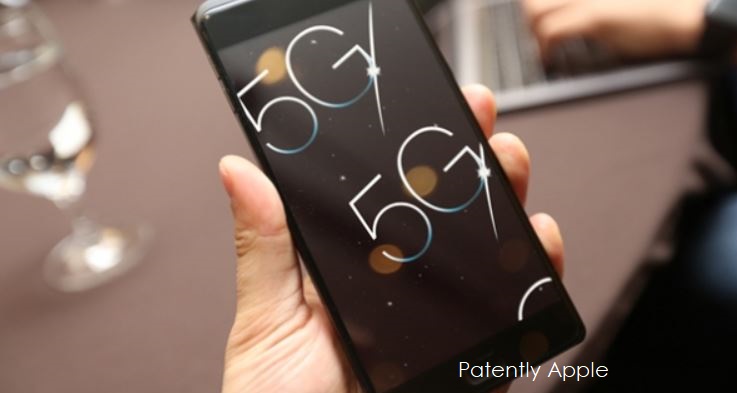 In January Patently Apple posted a report titled "AT&T Announces that it will be launching their Mobile 5G Network in a Dozen U.S. Markets later this year." In that report I questioned whether Apple would introduce 5G modems in this year's iPhones as a measure of future proofing them. Today we're learning that Qualcomm is betting on 5G for 2018 smartphones.

An Asian report posted today states that Qualcomm has announced that they'll launch a chipset that supports 5G mobile telecommunications and a 5G smartphone loaded with the chipset. Major chip makers, smartphone makers and mobile carriers around the world plan to take the lead in the market by commercializing 5G ahead of others.

Durga Prasad Malladi, a senior vice president of mobile chipset maker Qualcomm, said yesterday in a telephone interview that "5G smartphones will be launched within this year."

In the first place, 5G smartphones were expected to come out at the beginning of next year. However, in December last year, 3GPP, the international cooperation organization for mobile telecommunication service standardization, confirmed standards on 5G non-standard alone (NSA) which uses 4G and 5G networks after mixing them so it is expected that 5G smartphones will be launched earlier.

The 5G chipset, which will be released by Qualcomm for the first time this year, is also based on the 5G NSA standards. Qualcomm succeeded in the world's first 5G data telecommunications using the Snapdragon X50, a 5G Modem chip for mobile devices, last October.

It appears that 5G service may be spotty, as markets like South Korea are planning to launch commercial services next March.

An industry expert told the publication that "Qualcomm's decision to release the 5G chipset this year was made due to demand from mobile operators and handset manufacturers. This may advance the overall 5G commercialization schedule."

With AT&T and others making it public that they will be launching their Mobile 5G Network in a Dozen U.S. Markets later this year, will Android smartphones be the only phones available to support 5G or will Apple future proof their premium next-gen iPhones for 2018 as we noted back in January?