While Apple's Top iPhones in 2018 will use 7nm Processors, TSMC is set to deliver 7nm+ with EUV technology for 2019 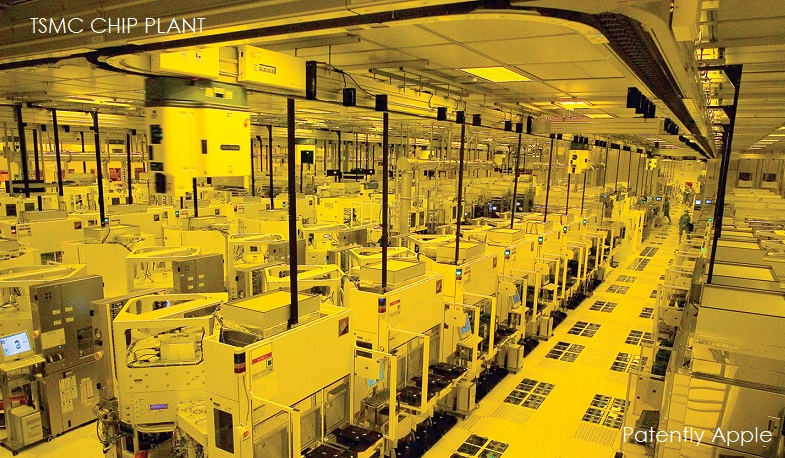 Last month Patently Apple reported that after Intel announced their strong quarter last Thursday CEO Brian Krzanich let it be known that the company would delay mass production of its 10nm processors from 2018 to 2019 due to yield issues. Notebook OEMs will have to shift gears for their high-end notebook updates this year.

Today a supply chain report states that while Intel will not start volume production of 10nm process until 2019, TSMC has fared smoothly in process advancement, having kicked off volume production of 7nm process in the second quarter of 2018 to fabricate A12 processors for Apple's new iPhone devices and Qualcomm's smartphone APs, the sources said.

TSMC's 7nm+ involving EUV technology will be slated for production in early 2019, and 5nm volume production is set to start in 2020, with 3nm process also on the drawing board, the sources indicated.