Since Amazon's Alexa and Google Assistant came to market, especially in smart speakers, Siri had been pushed to the back of the bus, even though Apple had the industry lead in digital assistants. It seemed like overnight Alexa finally hit a nerve with consumers. They could actually have fun with a digital assistant by asking it almost anything and getting fairly accurate responses with personality. It's what consumers wanted Siri to be even though Apple's Marketing VP pounded the table and stated that Siri was designed to a "Get-Shit-Done-Machine," not trivial pursuit. Apple's defensiveness was a little over-the-top and all we saw was frustration.

It's being reported by USA Today that Siri's reconstruction will be coming to WWDC 2018 and Siri is the one teasing of this development as noted in the graphic images below. The report notes: "Ask Siri to tell you about the WWDC conference, which starts June 4th in San Jose, and you get one of three answers both in audio and written form."

—"I don't want to brag, but I'm getting a lot smarter. It might be all that late night studying I've been doing." 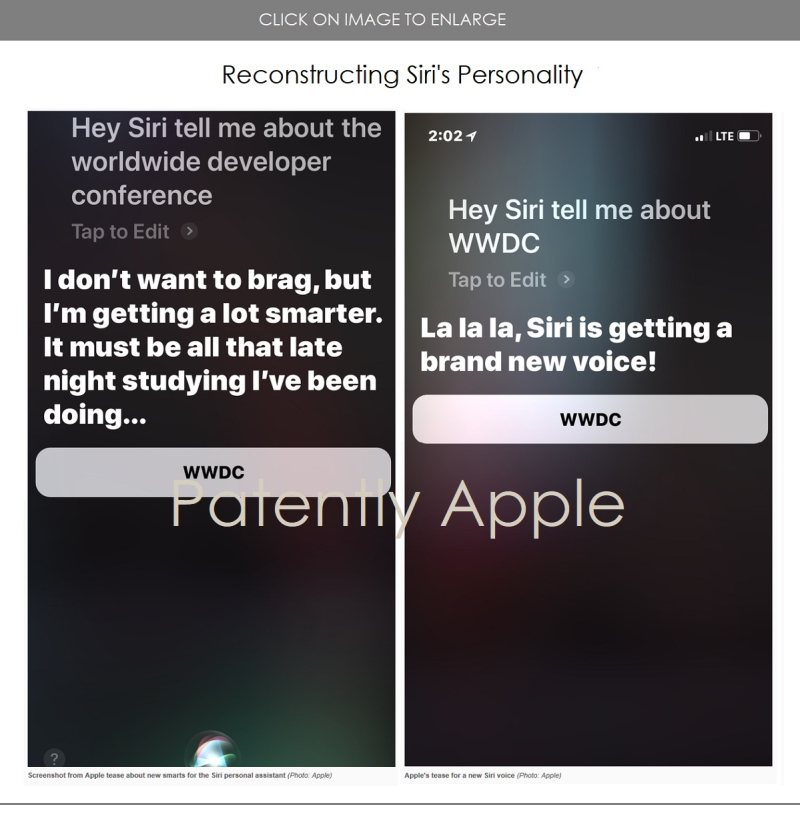 I was unable to get any of the responses from Siri as noted in the USA Today report which likely means it's limited to US networks.

The report further noted that "The personal assistant was first introduced in October 2011 as a feature of the then new iPhone 4S. Cutting edge at the start, in more recent years its repeated stumbles have made it the frequent butt of late-night comics' jokes. This bad rap has persisted even as Siri has become more useful and smart — rivals like Google Assistant and Amazon's Echo seem to beat it in the realm of understanding conversation and responding in kind.

It's the most widely used personal assistant, due to the size of the billion-plus iPhone universe, but most studies show the Google Assistant and Amazon Alexa to be smarter and more useful. In a recent USA TODAY test, we asked the same 150 questions to Google, Alexa and Siri, and saw accurate response rates of 80%, 78% and 55%, respectively."

Lastly, the report reminds us that Apple had promised changes to Siri from years 2013-2017. Read the full USA Today report here.

Will meaningful changes finally arrive in time to help sales of HomePod during this year's holiday season? Will Siri get closer to the smarts of Alexa and Google Assistant?

Apple patents have described advanced interactions with users were in the works for Siri along with being able to accept whisper requests. Whether these features are still in the works or ready to take center stage is unknown at this time.