Home Archives Contact Us Subscribe Twitter Facebook Patently Mobile
Close to 50% of U.S. and European Vehicles Sold in Q1 2018 have CarPlay and Android Auto Built-In
China Flexes its Market Muscle by Demanding Samsung and SK Hynix cut Memory Chip Prices for Huawei & others or else 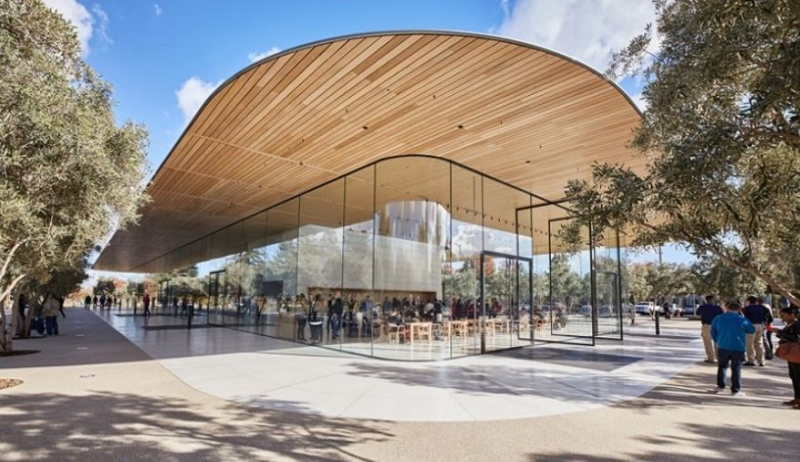 Earlier this month Patently apple posted a report titled 'Apple Applauds the FCC's eﬀorts to open a large amount of Underexplored Spectrum to Promote Innovation." Apple stated that it supports the Commission's eﬀorts to open a large amount of underexplored spectrum in a way that promotes innovation and leaves room for future uses. Especially on unknown horizons such as these, the Commission is right to trust in emergent market forces over rules based on government predictions about the future of technology. Instead of having regulators decide which frequencies are useful, we should put spectrum out there as a testbed and leave it to the innovators to ﬁgure out how to use it."

Apple is part of a diverse coalition that is trying to get the FCC to open a Notice of Proposed Rulemaking and examine how the 6 GHz band could be opened for new unlicensed devices. The coalition, whose members include Facebook, Google, Intel and Qualcomm, among others, says demand for unlicensed spectrum is expected to grow enormously in the coming years, and they see the 6 GHz band as a unique opportunity to meet the needs.

The 5.925-7.125 GHz (6 GHz) band is adjacent to current unlicensed U-NII bands. The technology manufacturers in the coalition have said they're committed to delivering 6 GHz-capable products and services to the market in a timely manner.

A recent report confirms that Apple has been granted FCC permission to conduct experimental RF tests at its Infinite Loop and Apple Park locations in Cupertino, California.

The grant is good from May 24, 2018, to June 1, 2023, so Apple would seemingly have plenty of time to obtain the engineering data relevant to the design and development of "consumer radio frequency devices." Beyond that, there are few clues as to what Apple engineers are up to.

In its application, Apple had said that it had received over 500 certifications for radio frequency equipment. The application is tied to a program the FCC adopted last year that allows parties to use a new FCC license notification system and proceed with proposed experiments if no objections are received.

Last year, citing the FCC's Spectrum Frontiers Report and Order, Apple applied for and was granted (SEE BELOW) permission to conduct 28 and 39 GHz band tests in Apple-controlled facilities in Cupertino and Milpitas, California.