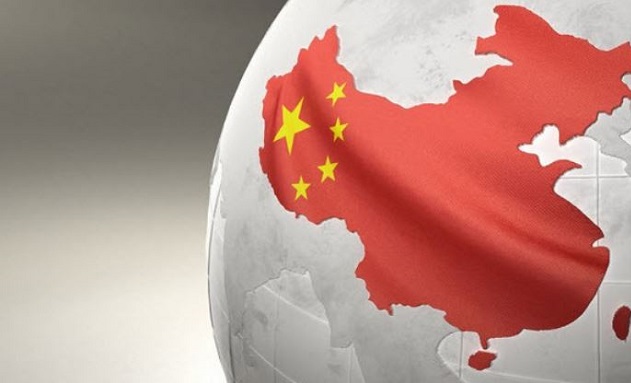 It was reported back in March that Intellectual property (IP) was back in focus as US President Donald Trump slapped wide-ranging tariffs on China for allegedly stealing American technology and IP, and eroding US firms' competitive edge. It's a contentious issue but one that has to be taken head-on and change course from previous administrations who failed to challenge China on tough issues.

Another example of the Chinese government taking on foreign tech companies directly came to light today in Korea. It's being reported that China has come out and demanded that Samsung and SK Hynix cut chip prices for leading Chinese tech companies.

Last June it was reported that that Apple was locking in DRAM for iPhones and causing problems for their competition.

Reuters reported that "Global electronics makers are scrambling to stock up on memory chips to keep production lines running as Apple Inc's new iPhone 8 launch later this year threatens to worsen a global squeeze on supply.

While heavyweights such as Apple and Samsung Electronics Co Ltd which is also the world's top memory chip maker - will not be seriously hit, industry sources and analysts say some electronics makers are paying a premium to lock into longer-term contracts."

The report specifically noted that "Signs of stress have already emerged: Huawei Technologies Ltd was criticized by consumers after it was discovered the Chinese firm used a mix of less advanced and powerful chips in its flagship P10 model that led to significant variations in performance."

In the Korean report today they further noted that "Officials at China's commerce ministry and anti-trust agency asked Samsung Electronics and SK hynix to cut the prices of DRAM chips they sell to Chinese technology companies. Samsung representatives met with Chinese officials, the results of which were notified to Korea's trade ministry. SK hynix is keeping an eye on further developments on the price issue," a high-ranking government official said.

The requests were apparently made due to China's concern over the continuing price increases for DRAMs, which are used in all digital devices.

Chinese PC makers have been struggling under component cost pressure as Samsung and SK control over 75 percent of global demand as of the first quarter of 2018. China says it wants to ensure "fair competition" in the market, so that no single supplier becomes too dominant and manipulates prices.

The two Korean companies are most likely to be investigated due to "limiting the amount of products for sale" as a violation of antitrust laws, said market researchers. If Samsung and SK pay a fine, it will be a one-time event.

Sources at Samsung and SK say "price correction" isn't the only reason behind the latest action by China, adding it may want more cross-licensing with the Korean pair.

China has been keen to establish a foothold in the semiconductor industry, as it looks to move into high-value manufacturing and maintain national security with "Made in China" components.

Samsung, SK and Intel of the United States have established memory fabrication facilities in China over the past decade thanks to lower labor costs and favorable tax policies.

"However, China is dissatisfied with the South Korean firms as they have been highly protective with less cross-licensing and often use older technology _ two or more generations behind _ to safeguard their intellectual property rights," said a Samsung source on the condition of anonymity as he wasn't authorized to officially speak to the media.

"With several failed efforts to acquire memory technology from the two companies, China wants to protect its companies.

The indigenous memory technology in China remains three to five years behind that of the Korean companies. Lagging in competition by one generation often implies at least a 30 percent cost disadvantage.

Bloomberg reported in March that a 2011 report by the U.S. International Trade Commission estimated that U.S. IP-intensive firms lost $48 billion in 2009 because of Chinese infringements. A 2016 U.S. Trade Representative's report highlighted serious problems, especially concerning the theft of trade secrets. "Offenders in many cases continue to operate with impunity," the report said.

As Apple is preparing a series of new iPhones and iPads for the second half of the year, memory chip supplies will be an issue again and this is likely why China has chosen this time to send a veiled threat to the largest Korean memory chip suppliers. They don't want Apple to have an advantage over Chinese smartphone leaders like Huawei.

The Chinese government will be relentless putting the squeeze on Korea's memory chip makers which is why the U.S. is fighting China on this issue as the same has been happening to U.S. firms trying to access the Chinese market. It should be a global concern that China is basically stealing intellectual property at an alarming rate by threatening to lock out competition from their market if they don't play ball.

China's Huawei and other OEM's have basically crushed Samsung in the smartphone market in China. Not complying with China's demands has hurt Samsung and this type of market manipulation shouldn't be allowed to continue in an open market. At present, President Trump is the only world leader standing up to China.

While it'll be interesting to see how this saga plays out with Samsung and SK Hynix vs. the Chinese government over time, for now, let's hope that Apple and their supply chain stay focused and continue to outflank their Chinese competitors so that Apple's next round of premium iPhones can continue to dominate the globe.