Home Archives Contact Us Subscribe Twitter MeWe Facebook Patently Mobile
With most Android Phones set to be 5G Ready this Fall, will Apple Future Proof their new iPhones as well?
Apple Wins a Patent for a Flexible Device / Display that Covers a Possible Future Apple Watch A new Bloomberg report notes that Apple's CEO has been supportive of a Trump-backed law that slashed corporate taxes. It's especially beneficial for Apple and other large U.S. technology companies that have hundreds of billions of dollars held overseas and are now bringing that money back.

Today Bloomberg provided a sneak peak of an upcoming interview about his talk with the President. Once the video begins you'll be able to enlarge the video.

While I personally couldn't care less about Cook's view on matters outside of those relating to Apple product and services such as DACA, many fans do want to know what's on Cook's mind and you could read more of the full report here. The full interview will made public sometime next month. 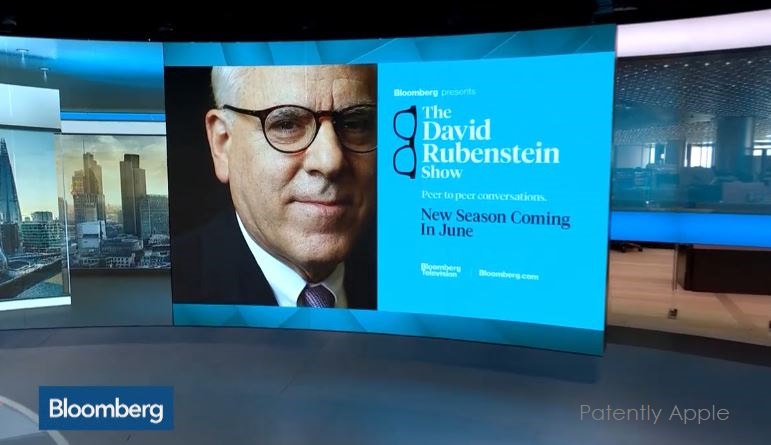