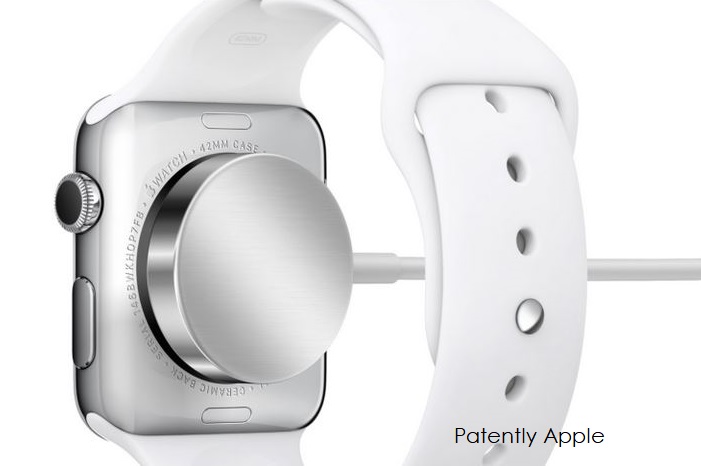 On Thursday the US Patent & Trademark Office published a patent application from Apple that relates to the basics behind the Apple Watch Charger and charging the Apple Watch and other devices in general using Solenoids. Even though Apple launched Apple Watch in 2015, this is the first Apple Watch specific patent for charging with solenoids to surface.

In respect to patent FIG. 4 above, the opposing rear face of the housing may be formed from a metal rear housing wall structure or other suitable housing wall structure and may be provided with windows to accommodate light emission and/or light detection and/or may be provided with a solenoid (coil) to receive wireless power. Device #10 may be an Apple Watch, iPhone, iPad or other equipment. 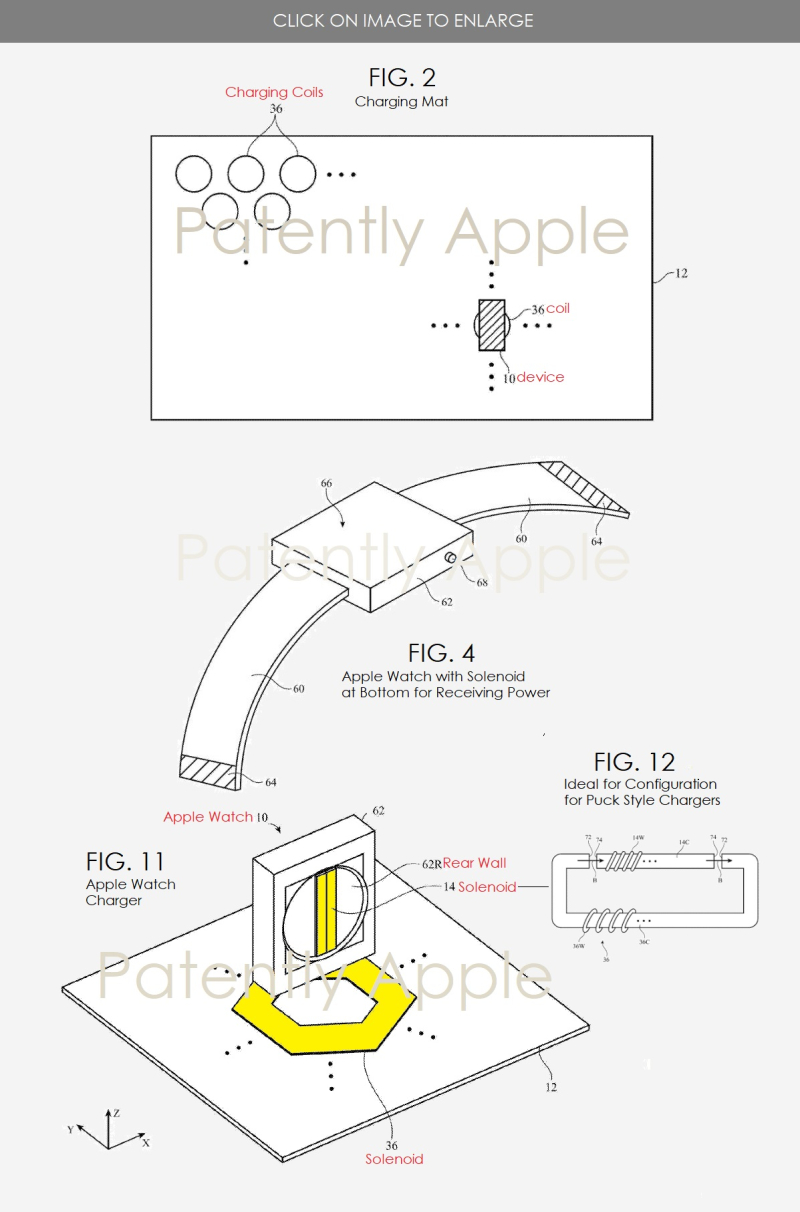 Apple's patent FIG. 11 noted in the graphic above is a perspective view of an Apple Watch in an illustrative configuration in which solenoid #14 is oriented perpendicular to the surface (X-Y plane) of charging device #12. As shown in FIG. 11, the solenoid may have an elongated shape (e.g., an elongated strip shape) that extends across some or all of rear wall 62R of Apple Watch housing. Configurations in which the solenoid is mounted elsewhere in the watch housing may also be used.

Apple further noted that it may be desirable to place the solenoid within a charging cradle in device #12 during charging. A cradle in the device may, for example, have a single wireless power transmitting coil such as illustrative C-shaped solenoid #36 of FIG. 12 illustrated above.

As shown in FIG. 12, solenoid #36 may, in this illustrative configuration, have multiple turns of wire 36W (e.g., wire such as wire 14W of solenoid #14) wrapped around magnetic core 36C (see, e.g., the materials and structures used in forming core 14C of solenoid #14). This type of arrangement for wireless power transmitting solenoid #36 may be used in a wireless charging puck, in a stand, in a puck or other device that is tethered to the end of a cable, or other wireless power transmitting device #12. 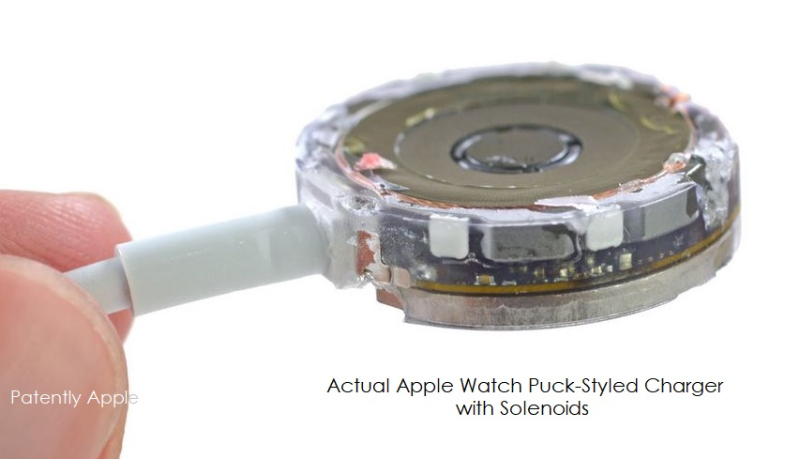 Interestingly the patent figures below suggest that Apple considered a design where the solenoids formed in the bottom portion of the Apple watch would stand out as it does today but would recoil back into the watch once the user placed it on their wrist. This could have been thought to provide better comfort or fit while allowing specialized sensors for heart rated to better touch the users skin. Whether Apple has abandoned this idea or plans to introduce it in the future is unknown at this time. 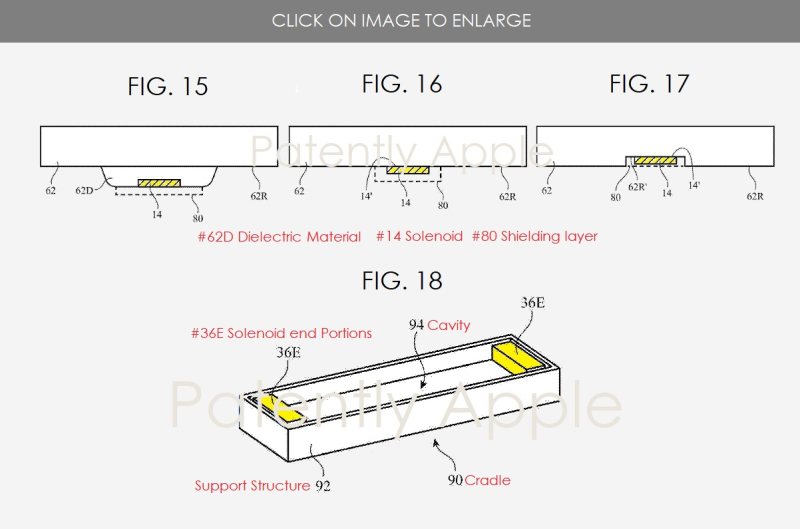 In patent FIG. 16 we're able to see a cross-sectional side view of the Apple Watch in a configuration in which the solenoid has been mounted flush with the outer surface of housing 62. As shown in FIG. 16, the inner surface 14' of solenoid 14, which faces housing #62, may be flush with the outwardly facing (external) surface 62R of the planar rear housing wall of housing 62.

Apple's patent FIG. 17 shows how a portion such as region 62R' of rear housing surface 62R may be recessed below the rest of rear surface 62R.

As shown in FIG. 18, Apple considered a different form factor for an Apple Watch charger in the form of a cradle box. Apple states that solenoid #36 may be mounted in cradle #90.

Posted by Jack Purcher on May 06, 2018 at 10:28 AM in 1A. Patent Applications, Apple Watch, Smart Bands &Wearables, Wireless Charging, Wireless technology | Permalink | Comments (0)