Apple Wins Patents for Smart Fabrics, a Liquid Metal Alloy and the iPhone 7 Plus Dual Camera 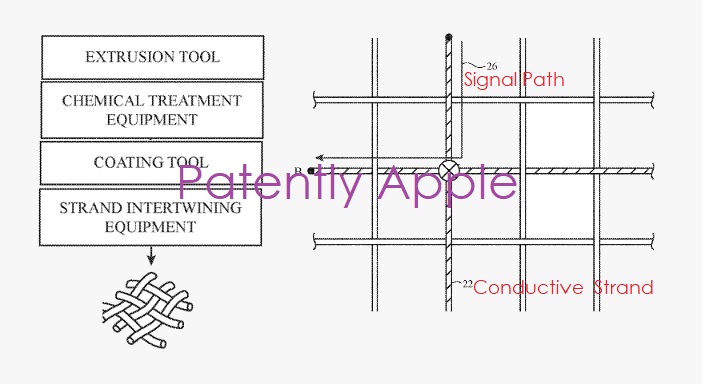 The U.S. Patent and Trademark Office officially published a series of 68 newly granted patents for Apple Inc. today. In this particular report we focus primarily on Apple's smart fabric patent covering conductive strands woven into materials. If you're not familiar with smart clothing or smart fabrics in general, you could always review a video that explains it in context to Google's Project Jacquard creating smart clothing for Levi Strauss here.

The cores, intermediate layers, and coatings may be formed from polymer without conductive filler, polymer with conductive filler, and/or metal. A polymer core may be provided with recesses to help retain subsequently deposited layers such as a metal coating layer. The recesses may be grooves that extend along the longitudinal axis of the core." 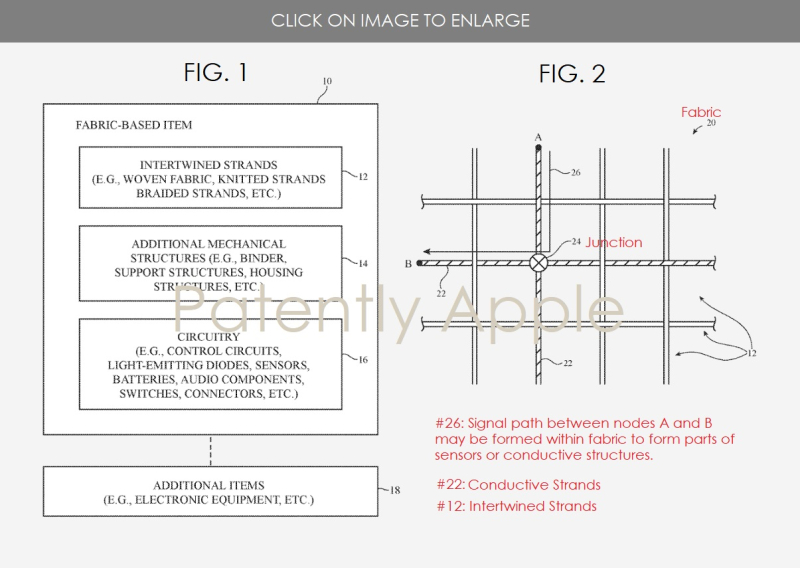 Apple's patent FIG. 1 above is a schematic diagram of an illustrative item that may include strands of material; FIG. 2 is a diagram of a portion of a fabric with conductive strands in accordance with an embodiment.

Patently Apple opened a Smart Fabric & Clothing Archive back in March 2017 as this patent trend began to emerge. This is Apple's second granted patent for smart fabrics. The first smart fabric patent was granted in November 2017.

A few other granted patents of interest include one titled "Dual overmolded reconstructed camera module" which relates to the iPhone 7 Plus camera and another covers metallic glass alloy materials which is referred to as either glassy metals or liquid metals. 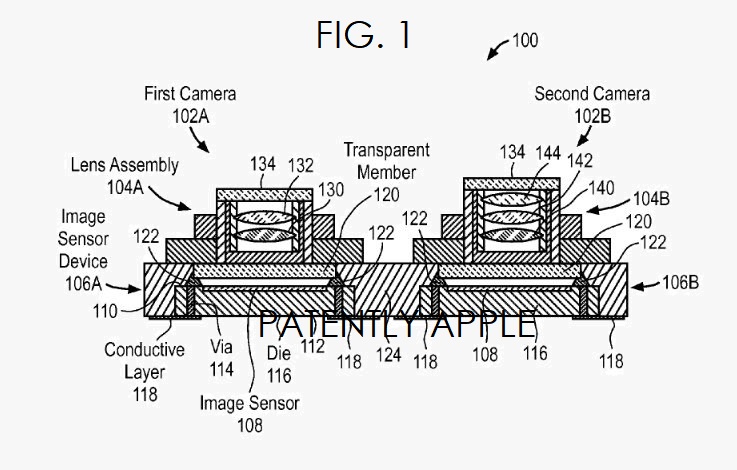