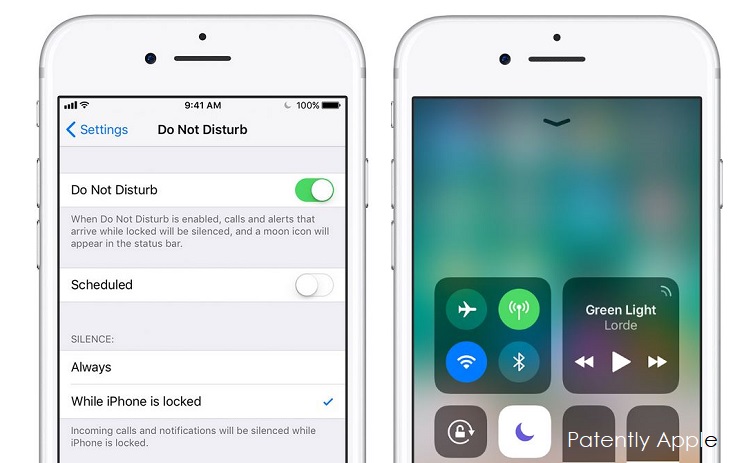 Today the US Patent & Trademark Office published a patent application from Apple that relates Siri and, more specifically, to Siri intelligently declining an incoming call while a user is driving yet allowing for a response from the user back to the caller that could include a map of their current location and more.

In Apple's iOS 11 Apple describes the "Do Not Disturb" feature before driving. Apple describes this feature as keeping your iPhone silent and keeping it dark. If someone sends you a message, they receive an automatic reply letting them know that you're driving.

Today's patent takes this service to another level by allowing Siri to tell the user of a phone message and then taking their short response and texting it back to the caller as noted in patent figure 9C below. Apple notes that figure 9 illustrates functionalities of operating a digital assistant for intelligent declining of an incoming call. For example, the user's iPhone (device #800) could receive a touch input selecting affordance #936 representing the response option "I will call you right back."

The iPhone could then receive a voice input from the user such as "tell my boss I will call you right back." For example, the iPhone could send a text message, a voice message, a map location, a copy of the user's calendar, a device status, etc. to the caller.

For more details and patent figures, review patent application 20180146089 which was filed in October 2017. Considering that this is a patent application, the timing of such a product to market is unknown at this time.