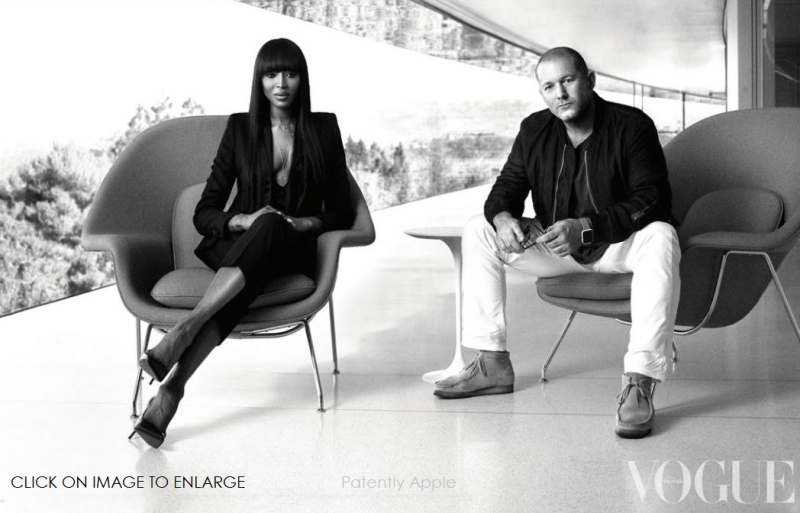 Naomi Elaine Campbell, a British model, actress, and singer, interviewed Apple's chief design officer Jonathan Ive at Apple Park recently and claimed that Ive was one of the most humble. Ive's 23 responses to Naomi's questions clearly confirmed her characterization of Ive. Naomi goes down memory lane with Ive as a quiet young lad through to his views about his late best friend, Steve Jobs.

Naomi literally started the interview with Ive with the question, "what did you want to do when you were growing up? She later added, So you were a good boy? I've responded: I was very quiet, because I was – and remain – very shy. One of the things about drawing and making is that it can be a very solitary thing… I don't know if one reinforced the other, but it felt comfortable to do because I could do it by myself.

Naomi: What do you do to overcome your shyness?

Ive: "Avoid people! My area of focus is quite deep, but it's not very broad. I'm just aware of the things I can do and I'm very aware of the majority of stuff, which is what I can't do."

Further into the interview Naomi asked Ive: "Your relationship with Steve Jobs is often talked about as the ultimate creative partnership. What was it like when you met? What did you have in common?

Ive: "We looked at the world in the same way: we'd struggle to perceive things, we'd argue in our own heads, and we were very conscious about the conclusions we came to. We started working together in 1997, and he was just remarkable. As time goes on, I appreciate him more, and miss him more; how truly extraordinary he was becomes clearer. Steve understood the creative process in a way that's extremely rare, but he also understood how you make a company with lots of people."

Naomi: And what did you learn from him? Are there any ways that he worked that continue to inspire you?

Ive: "There was an incredible liberty in the way he would think. He wouldn't obey rules that were perceived to be accepted wisdom, and he had an extraordinary optimism and enthusiasm. He was so inquisitive – and very supportive of me."

Naomi: Everything you work on is kept top secret – is it hard not discussing what you're up to?

Ive: "I don't really see it as being secretive – if I'm working on something and it's not finished, I don't want to show somebody! One of the defining things about the nature of ideas is just how fragile they are: when you're not sure whether some-thing is going to work, the idea is vulnerable. Part of protecting the idea is to be careful about who you show it to; premature criticism can shut something down that perhaps deserves more of a chance."

Naomi: Do you not get stressed and want to talk about it?

Ive: "I'd say I would be characterized as an anxious person, so yeah, I do worry about work a lot… You know, Heather [Ive's wife of 30 years] knows roughly the products I'm working on, but I don't talk about it specifically, which I'm sure she's enormously relieved about."

Naomi: Is there anything you've been particularly proud of designing? I never thought I'd be alive to see something like FaceTime exist – when I first heard of it, I thought it was just too futuristic. To be in the middle of somewhere like Nairobi or Delhi and be able to talk to my mum, to actually see her face, is like magic.

Ive: "I agree. I would say that FaceTime is one of the most lovely examples of communication – connection can be very transactional, like with a text message, or incredibly nuanced and intimate like it is with FaceTime. Seeing someone's eyes is really important."

Naomi: One last question: when you hire a new team member, what are you looking for?

Ive: "The main thing is how they …. You could catch the answer to the last question and more in the full Vogue interview here.

Our cover graphic is from a photograph by Mikael Jansson. I would suspect at some point in the future we'll get to see the video report on Ive. Naomi's last interview and video report was with Sadiq Aman Khan is a British politician of the Labour Party serving as Mayor of London since 2016.