An AreoVironment patent application was published by the U.S. Patent Office today regarding a weapons targeting system for drones. The patent notes: "The targeting device #130 may for example, be a tablet computer having an inertial measurement unit, such as an iPad, available from Apple, Inc. of Cupertino, California (or the Nexus from AsusTek). The iPad used in the targeting device is illustrated below in patent FIG. 1 highlighted in yellow. 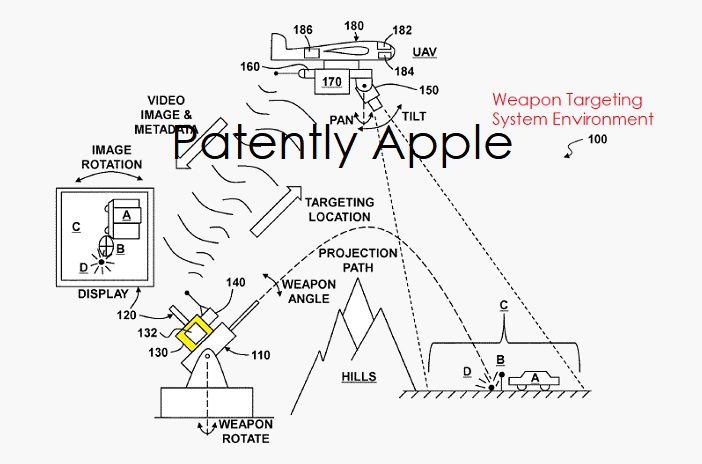 The UAV #250 may further have a navigation unit #254, e.g., GPS, and a sensor mounted on a gimbal #256 such that the sensor #252 may pan and tilt relative to the UAV. The IMU may use a combination of accelerometers, gyros, encoders, or magnetometers to determine the azimuth and elevation of the grenade launcher. The IMU may include a hardware module in the tablet computer #220, an independent device that measures attitude, or a series of position sensors in the weapon mounting device.

For example, in some embodiments the IMU may use an electronic device that measures and reports on a device's velocity, orientation, and gravitational forces by reading the sensors of the tablet computer #220. 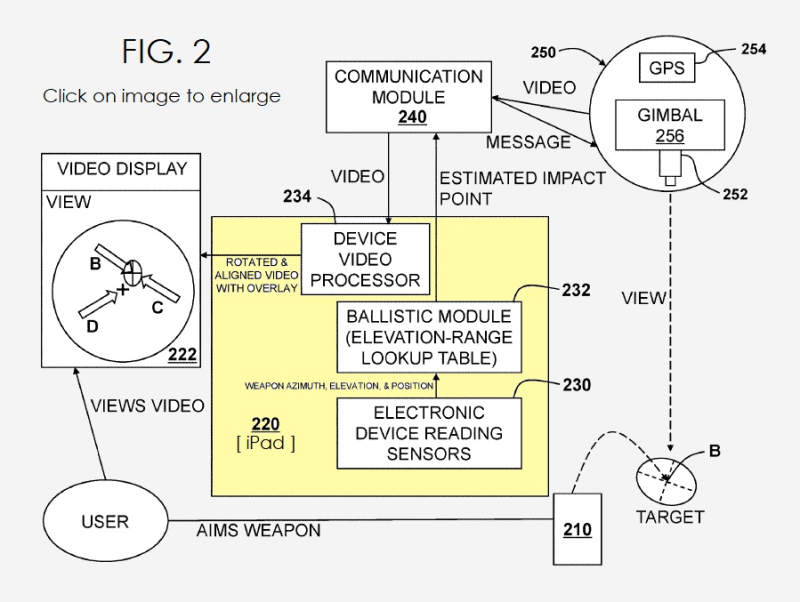