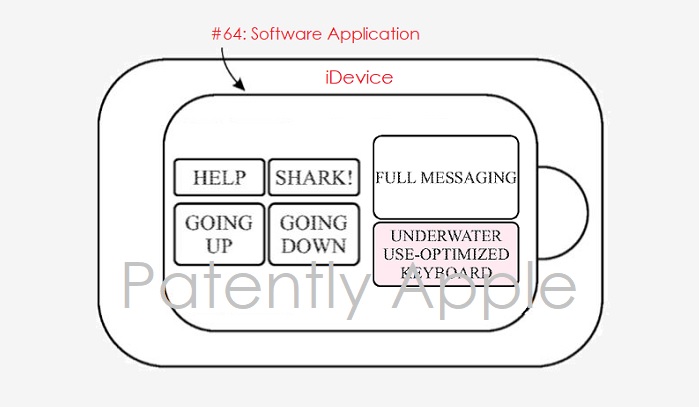 In the last month, several major, if not game changing inventions from Apple have surfaced covering autonomous vehicles and a next-gen headset that could one day replace our desktop computers (one, two, three and four) and be used as a futuristic entertainment system to entertain us while our cars battle traffic to get us to our destination. Apple's streak of fresh new ideas / inventions being made public continues today.

Apple reveals that their invention will allow a scuba diver with this future iDevice (iPhone and iPad) to communicate underwater with those on a boat above. A text message could be sent to those onboard a boat that there's a problem such as circling sharks and require immediate assistance.

The diver will also be able to send great photos of marine life to those on the boat as well.

If that wasn't enough, future iDevices will be able to fully recharge underwater using magneto-inductive technology without ever having to surface to do so.

However, as it may be appreciated, within certain environments (e.g., underwater environments, underground environments, high-altitude environments, rural areas, and so forth) wireless electronic devices may not be able to connect to, for example, cellular networks and/or internet networks.

Apple's invention covers performing magneto-inductive charging and communication in the absence of a cellular and/or internet network connection. 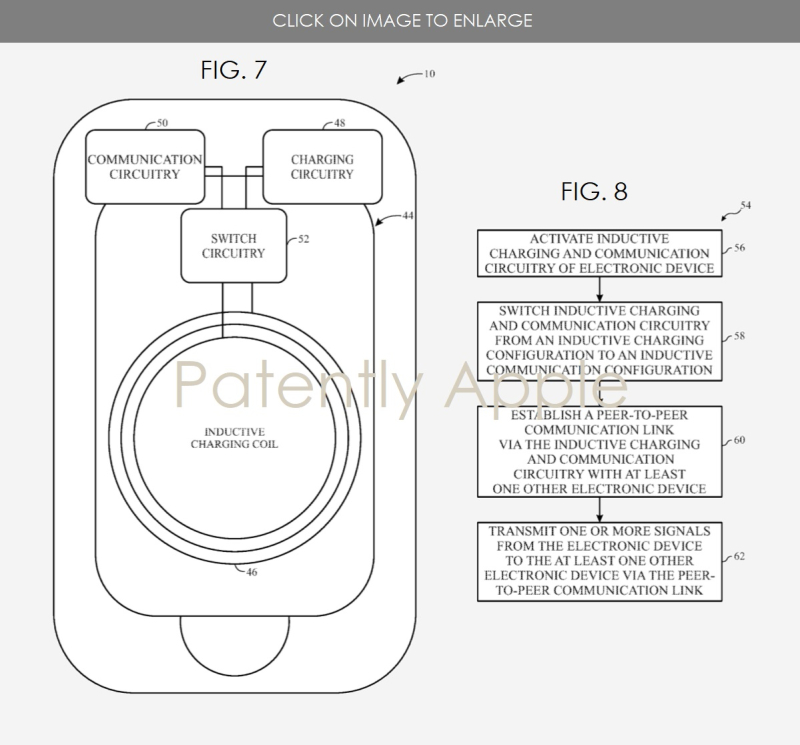 The charging circuitry may then use the DC current to charge, for example, the battery or other energy storage device that may be included within the electronic device.

Indeed, the electronic device may allow a user to enable magneto-inductive communication in lieu of any of the aforementioned more traditional wireless communication methods.

Apple's patent FIGS. 9, 11 and 12 presented below provide us with three different scenarios regarding the use of the iDevice found in patent FIG. 7 above. 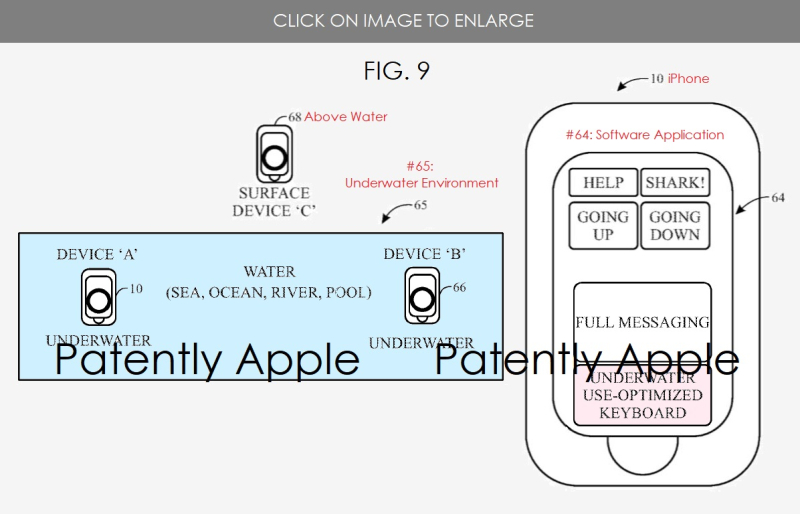 There could be predetermined messages for quick action stating such things as : Help, Shark!, Going up, Going down, etc. 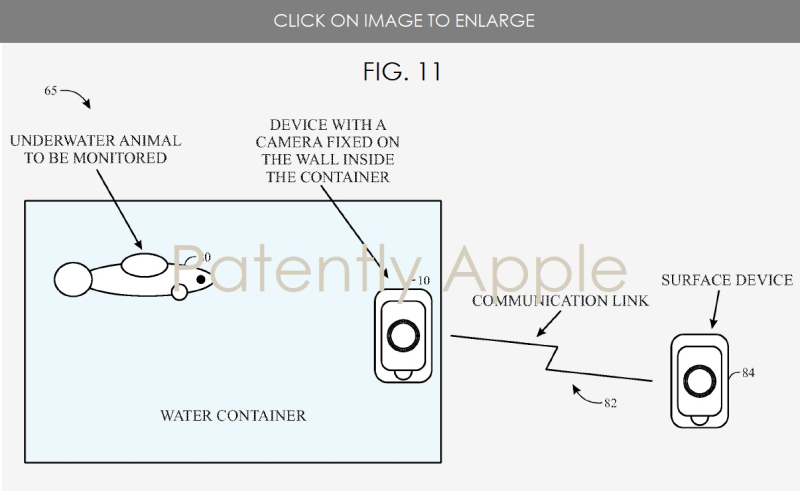 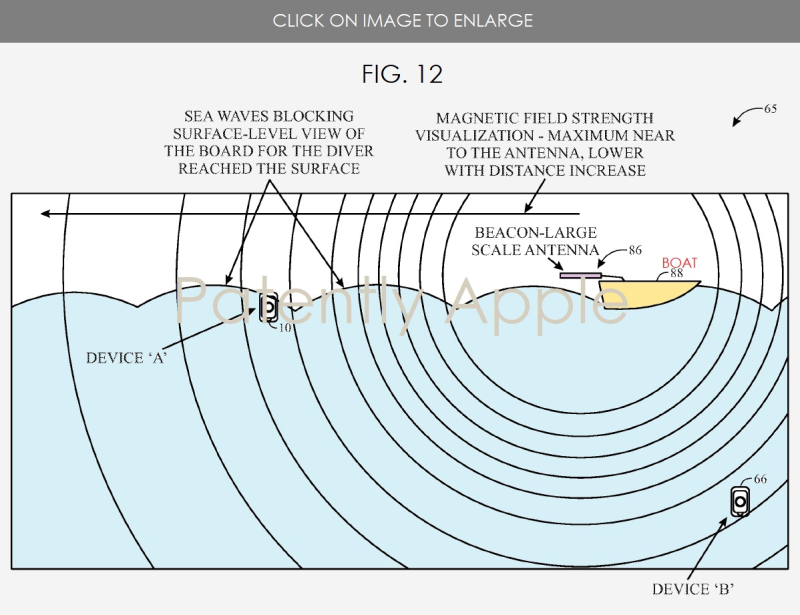 In some embodiments, the iDevice # 10 may include software that may be useful in correlating the different frequencies and RSSI values to the specific positioning of the coil antenna to increase direction detection accuracy.

Two out of the three inventors listed on Apple's patent application are Electromagnetic Compatibility (EMC) engineers with of them having left Apple to work in a similar position at Google last June.