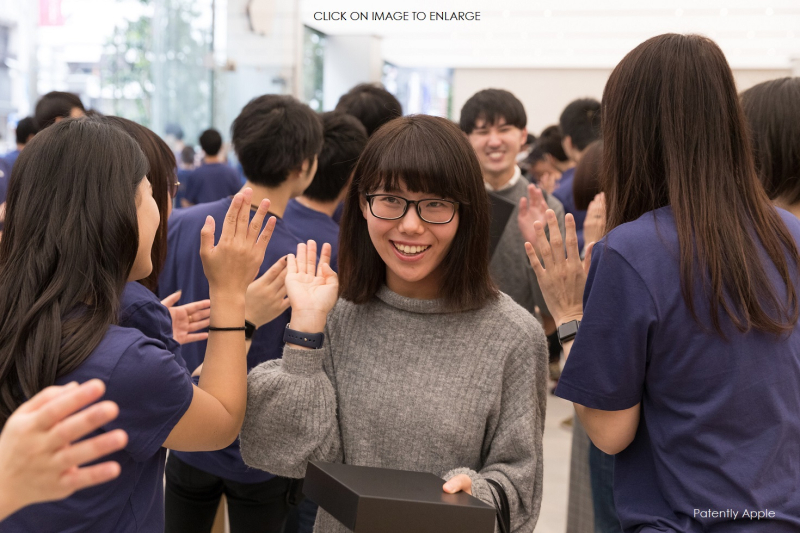 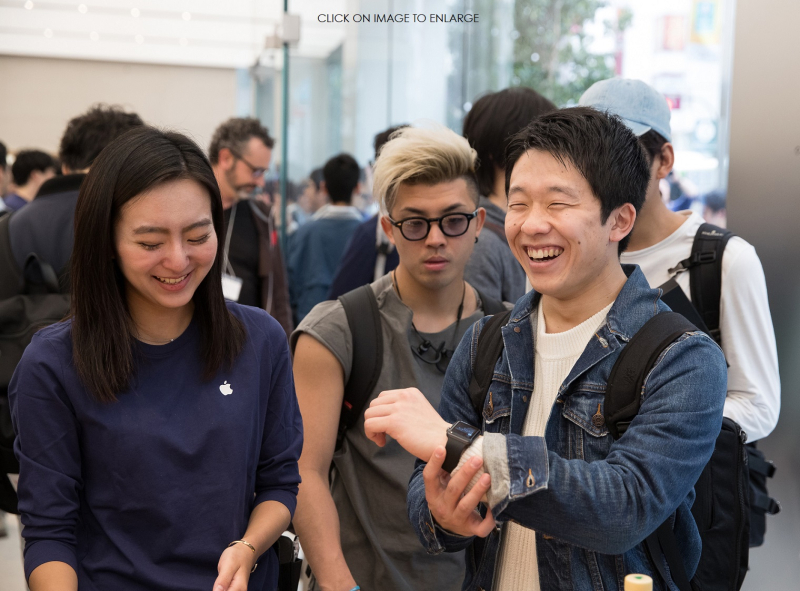 A few more of Apple's photos covering opening day could be viewed here. While the lineup for the new Apple Store outside the store appeared to be smaller than usual, there was a larger line-up at the Mall entrance. The video below shows that the store was packed at opening time of 10 a.m.

Also note that once the video starts you'll notice that it's a 360 degree video and you'll have a control pop up in the upper left region so that you can control the view of the camera.

The lines-up may have appeared smaller than usual because crowds were underground from the train station through to the back of the new Apple store as noted in this video below.