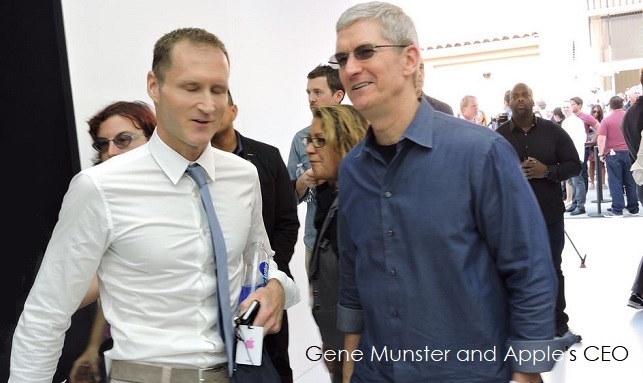 A New York Times report states that a U.S. Commerce Department investigation concluded last month in which it stated that imported metal threatened national security by degrading the American industrial base. The administration has said it wants to combat cheap metals flooding into the United States, particularly from China.

You'll have to read the full investigation findings to understand the issue from the Government's perspective to understand that the U.S. must be able to have a healthy metals industrial base.

Then Bloomberg decided to bring Apple into this issue by quoting Gene Munster of Loup Ventures, who was with Piper Jaffray for 21 years. "Take Apple Inc., which has many of its gadgets assembled in China, including phones with aluminum or steel edges. If the levies only apply to raw materials, the effect on Apple would be minuscule, since the company produces only a small portion of its Macs in the U.S.

If the tariff includes finished goods, Apple's Mac and iPhone costs could go up by as much as 0.2 percent, assuming the tax is a percentage of the metal components of Macs and iPhones."

U.S. companies and Apple just gained an obscene amount of money due to the new Republican tax legislation and Munster wants to make a big deal out of Apple production costs going up by "as much as 0.2 percent" if the tariffs are issued next week. Is this really newsworthy? Really? Of course not, it's absolutely foolish in the bigger picture.

But in a politically charged environment, some will make this a huge issue just because they hate the current President. It's really suprising that Munster would make such a shallow argument in light of the serious report published by the U.S. Commerce Department.

Bloomberg also wants you to know that the cost of beer cans could go up if these tariffs kick in. My lord, that's it, the world is going to end.