The U.S. Patent and Trademark Office officially published a series of 55 newly granted patents for Apple Inc. today. In this particular report we cover granted patents relating to a Virtual Noticeboard, Attachment Apparatuses and 3D Spatial Information. In the big picture, the latter patent relates to the technology used for Apple's TrueDepth camera using a dot projector instead of traditional laser beams to determine 3D imagery which is power hungry and not suitable for devices like the iPhone. Apple was also granted a series of design patents covering the lightning connector and Apple Store shopping bags. We wrap up this week's granted patent report with our traditional listing of the remaining granted patents that were issued to Apple today.

Apple's newly granted patent covers their invention relating to the field of digital image capture, and more particularly to the field of three dimensional (3D) image capturing. The patent describes the use of "projecting dot patterns" which is used in Apple's Face ID. 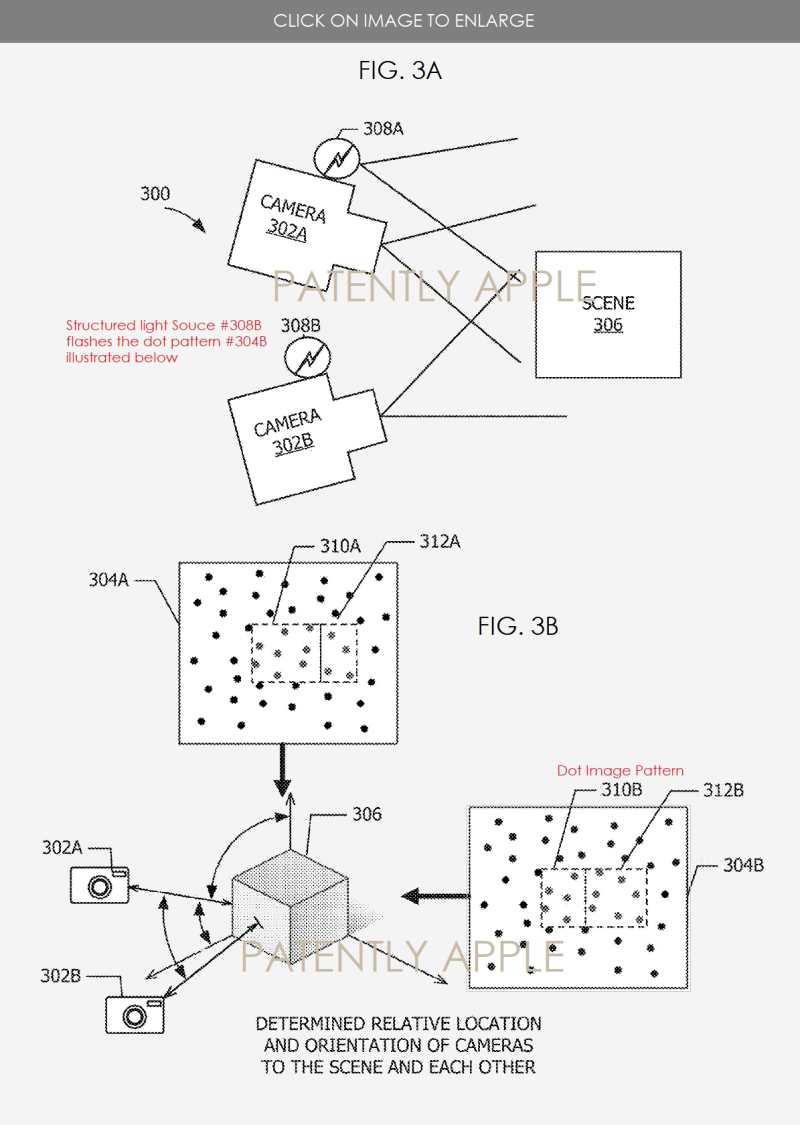 Patently Apple originally covered this as a patent application report back in November 2017. See our original report for more on this invention. Apple's granted patent 9,930,320 was originally filed in Q2 2016 and published today by the US Patent and Trademark Office.

Apple's newly granted patent covers their invention relating to electronic devices that display a virtual noticeboard, and user interactions with such devices. 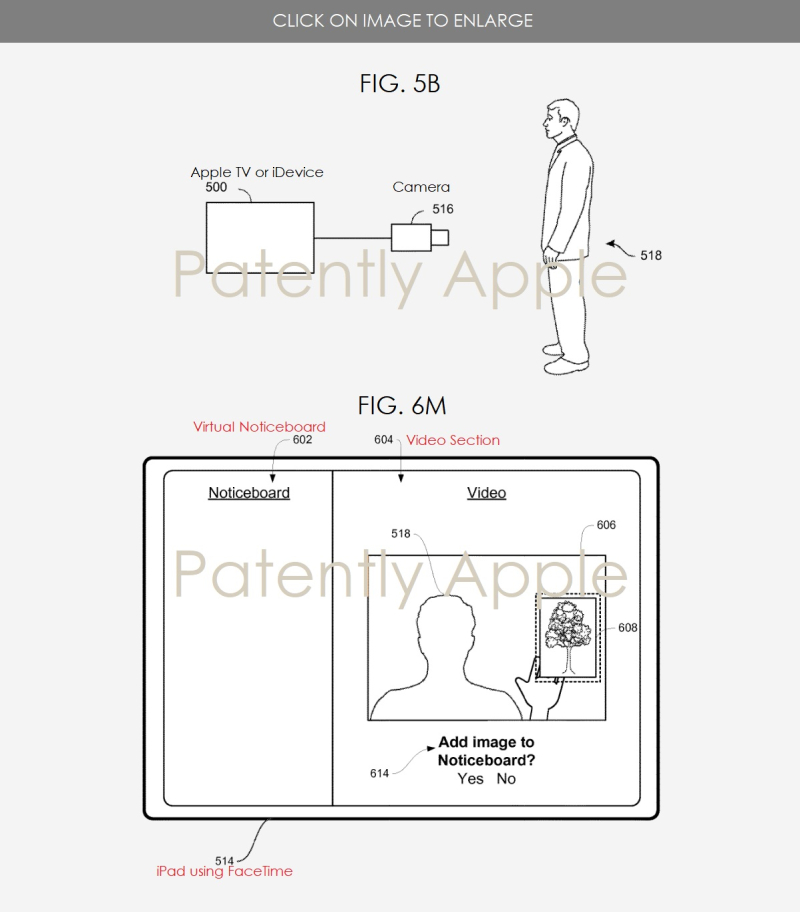 Apple's FIG. 6M illustrates an iPad receiving an input after identifying and/or storing an image of object #608 in video data #606. The input is optionally an input on a touch-sensitive surface or an in air gesture input detected by an optical camera coupled to the electronic device.

Today in-Air gestures are not available. However, they could be in the not-too-distant future as one of the next steps/features for Apple's TrueDepth Camera. Apple's Finisar partner for VCSEL lasers for 3D sensing recently revealed that "gesture recognition" was one of three applications for VCSEL lasers.

Granted Patent: Attachment Apparatuses and associated Methods of use and Manufacture

The at least one attachment point may include at least one magnetic feature configured to attach and detach the device and the length of material. The material can include but is not limited to cloth, metallic (magnetic and non-magnetic), fibrous material, and so forth. 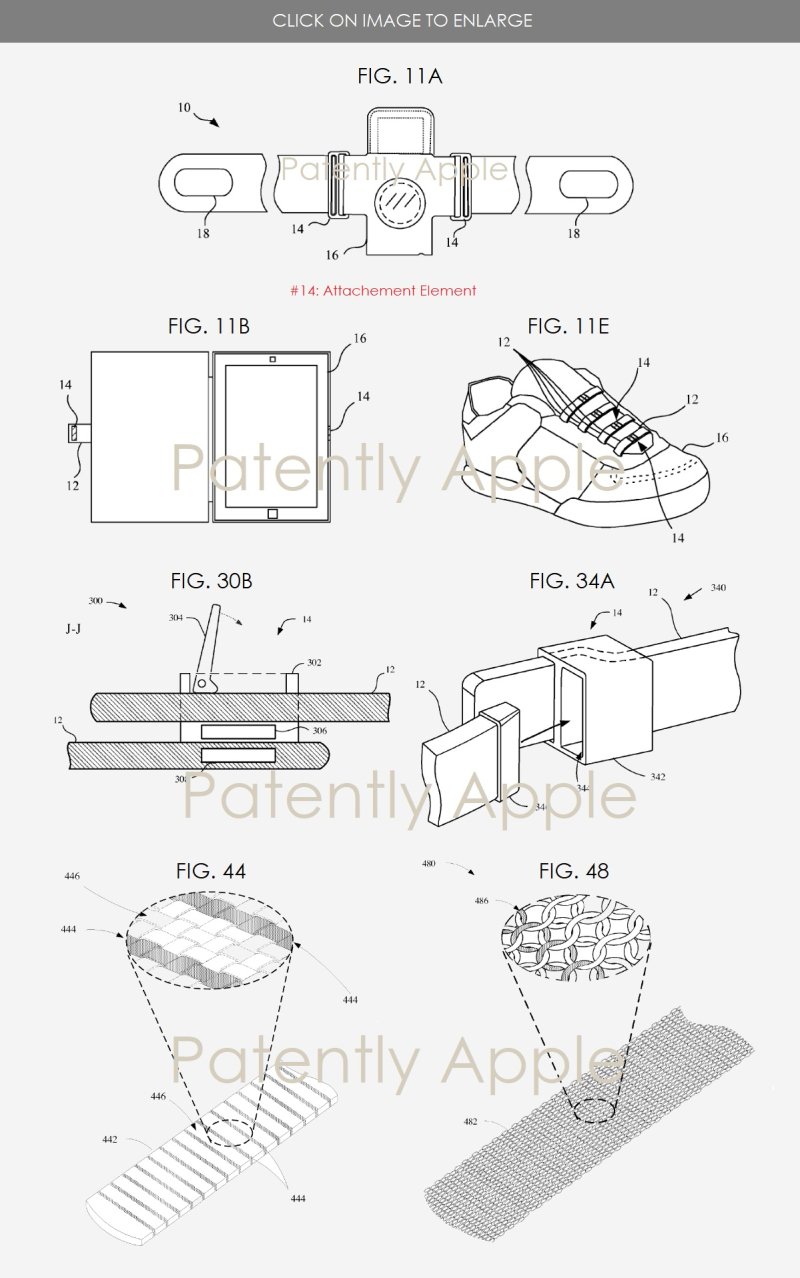 Apple's granted patent 9,926,953 was originally filed in Q3 2015 and published today by the US Patent and Trademark Office. 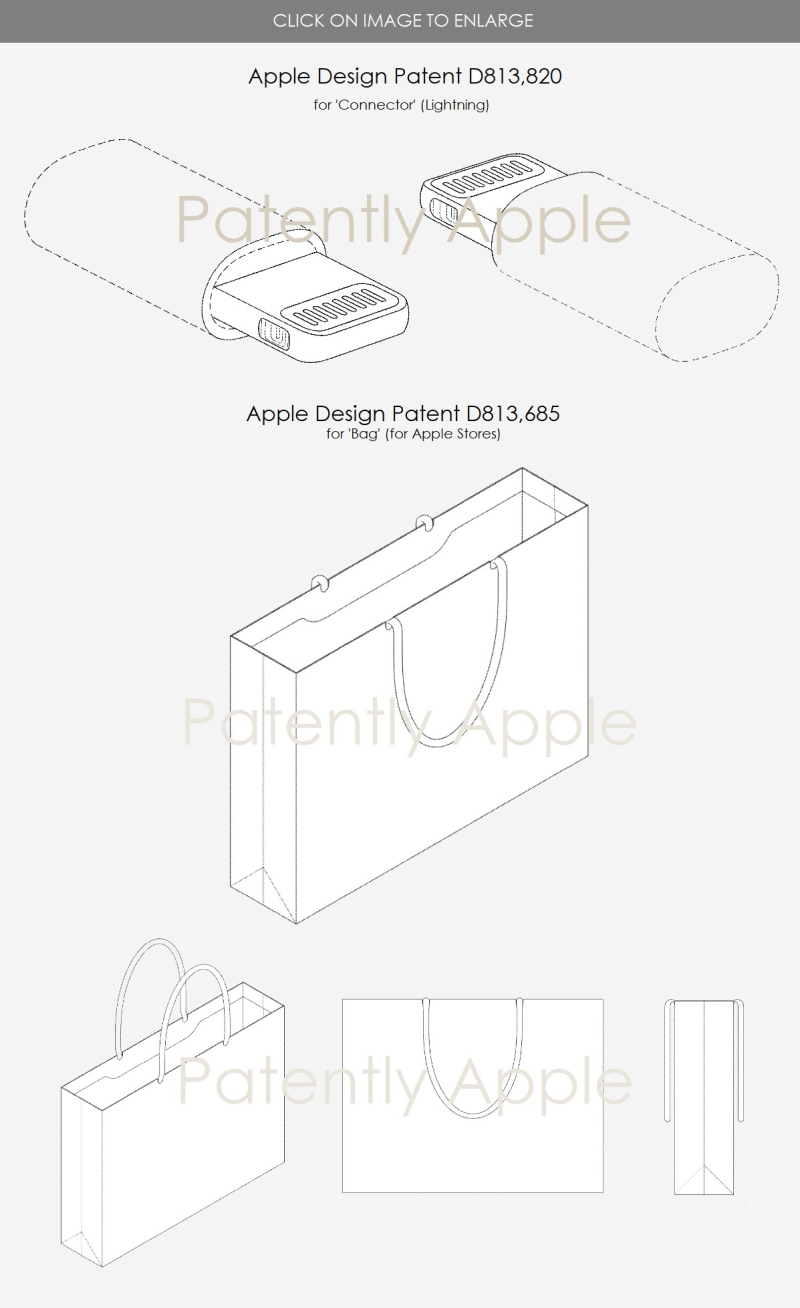 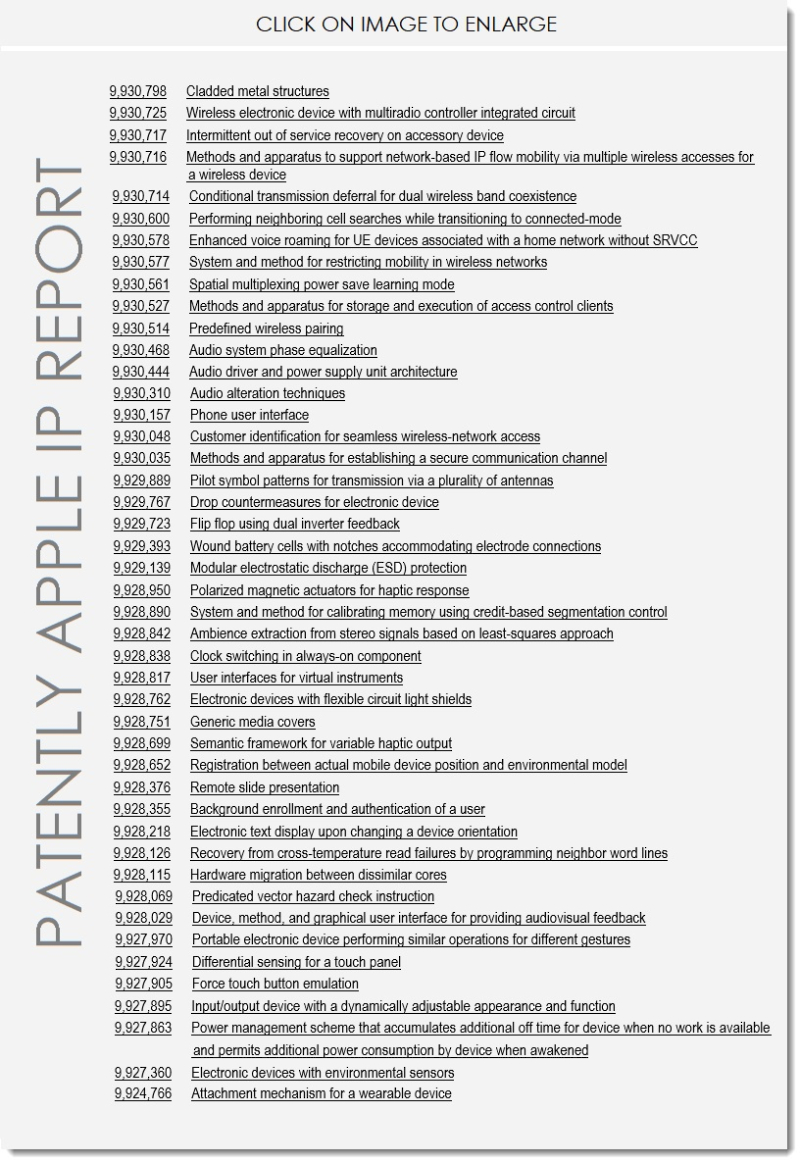