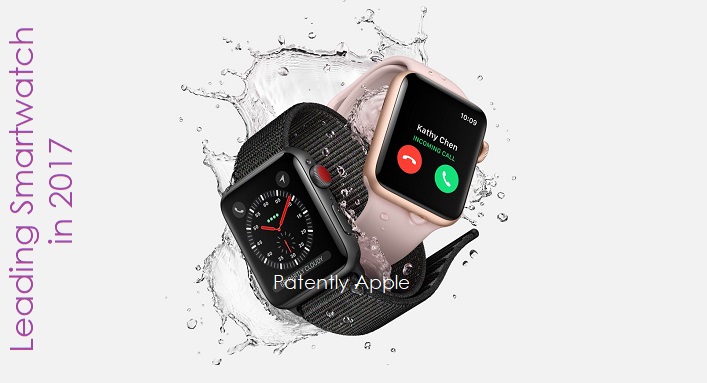 Apple's CEO began his opening statement and summary for calendar Q4, Fiscal Q1, by stating that "Before we dive into the quarter I'd like to take a moment to talk about a significant milestone we recently crossed. Apple's active installed base reached 1.3 Billion devices in January and is at an all-time high for all of our major products." You only have to take a peek of the stats to see that Apple is on a roll and today we learn that the Apple Watch was the #1 wearable device in 2017 and, let's get real, the leader by a country mile in devices over $200. While the IDC chart below makes it look like a close race, it wasn't really. Fitbit and Xiaomi are in the poverty lane selling very cheap bands to make it look like they matter – but they don't. Apple is in a class of their own, period! 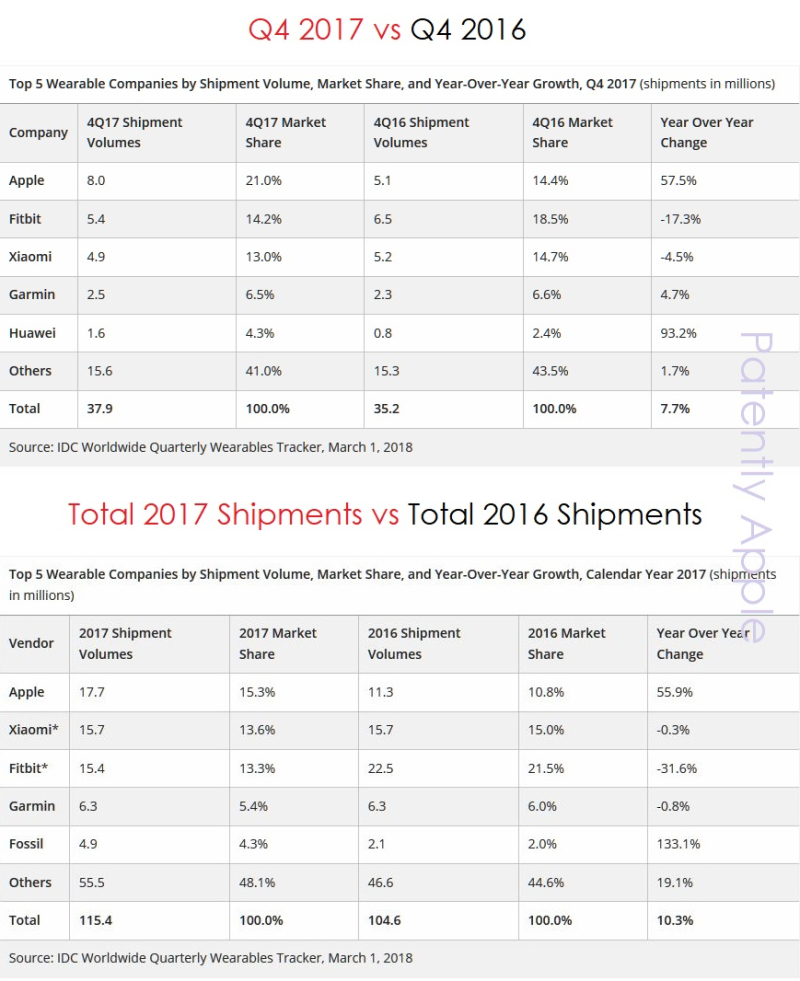 While IDC tried to make it sound that Apple pulled off a last minute squeaker to win 2017, IDC is being overly dramatic for nothing. Specifically they stated that "Apple's late-year push of 8.0 million units separated Apple from the competition to emerge as the overall leader of the wearables market for the year."

It almost sounds like IDC thinks that Apple pulled off a fluke victory. They further noted that "4Q17 was the first quarter that Apple held the market leader position all to itself after spending several quarters close behind Fitbit or Xiaomi."

Apple makes an intelligent wearable at a price that reflects their hardware and software savviness. Without cheap bands, their so-called competitors would have been completely irrelevant in 2017. No one is making a dent against Apple in the grown up category in the wearables market. If you're interested in learning more about the losers in wearables, check out IDC's report here.