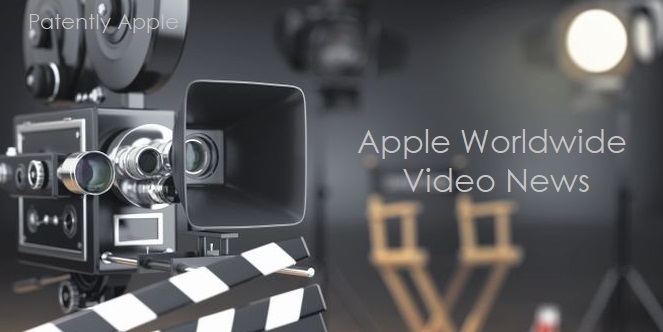 On March 16 Patently Apple posted a report titled "SXSW Interview: Eddy Cue answers questions on why they Support the NRA App and why they're not Interested in Netflix." In a major article posted on Sunday, we learned more of what Apple's Eddy Cue talked about at SXSW, specifically in regards to their latest project currently known as 'Apple Worldwide Video.'

The NY Times noted Apple's Senior Vice President Eddy Cue stating that "We don't know anything about making television. So what skills does Apple bring to that? And the viewpoint is: very little. There's other things we bring. We know how to create apps, we know how to do distribution, we know how to market. But we don't really know how to create shows." Though at the end of the day, Cue added, "We're all in. We're completely all in."

The Times report noted that "As Mr. Cue's words suggested, Apple's new venture has taken the company far from its Silicon Valley comfort zone and thrust it into alien territory: Hollywood.

Or, to be more precise: Culver City, Calif., the former home city of Metro-Goldwyn-Mayer, where Apple is building a new 128,000-square-foot headquarters for its entertainment division.

Apple's plans to make itself into a big player in the entertainment industry are now coming into focus. In recent months, the company has outspent Facebook and YouTube — two other tech companies that have also taken steps into original programming — as well as the traditional TV studios. In a few cases, it has also beaten Netflix in bidding wars.

Since October, Apple has made deals for 12 projects, nine of them "straight-to-series" orders — an aggressive method of creating new programming that skips the pilot-episode stage.

Apple has not shared specifics with its new business partners on how it will distribute the shows, but they may be housed in its TV app, which allows access to video services like HBO Now and Hulu."

Some believe it could be rolled into Apple Music. Apple's Jimmy Iovine told the BBC recently that "The streaming services are all charging $9.99 and everyone has the same music. And it's really nice. You get whatever song you want, you get your playlists - but there's got to be more interaction between the artist and the audience. Sooner or later, something's got to give," indicating that Apple Music wanted more original content.

That doesn't neccesarily mean adding TV shows as a media bundle, but this is the model that Apple competitor Amazon Prime has taken and so it can't be outright discounted as one the business models that Apple is considering.

Other details covered by The New York Times article were interesting, if true. It notes that "Producers and entertainment executives who have met recently with Apple executives said the company has been leaning toward programming in keeping with its bright, optimistic brand identity. In other words, it seems possible that Apple will shy away from projects that are gratuitously dark or heavy on social issues.

They added that the company was targeting somewhere between March 2019 and the summer of that year to roll out its slate of new programming.

If true, the timing is very interesting as this is when 5G networks are supposed to be rolling out in the U.S.. That could mean that Apple may want to introduce Apple TV on the go for iPhones and iPads.