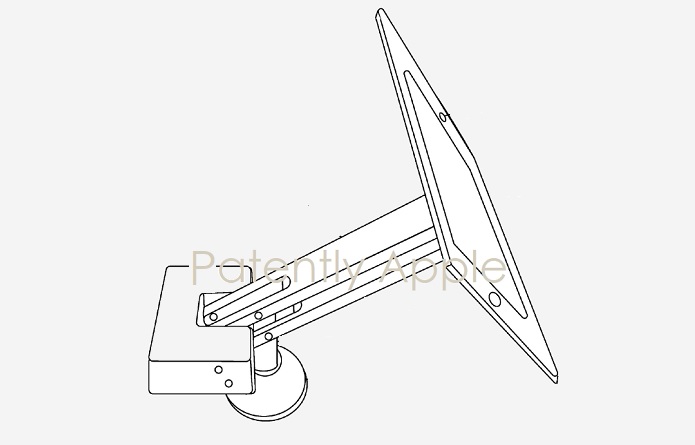 Today the US Patent & Trademark Office published a patent application from Apple that relates to a future iPad / iPad Pro Accessory in the form of a counterbalanced stand with maximum flexibility. Apple illustrates a specific new display stand connector positioned on the backside of the iPad that could be disc shaped. Apple notes that the disc may be attached to the backside of the iPad or held in place with a new magnets assembly so that it could quickly attach to and detach from the stand. Although it's meant for work and making presentations, the fact is that the stand could be convenient to use for viewing video content, TV and even playing games on your iPad set at a perfect height just for you.

Further, there can also be instances where the presentation of the display screen to a single user can be cumbersome, such as where a user must typically hold or carry the device while doing other activities as well.

Such display screens often function as input devices as well, such as in the case of touch screens. Where a user desires to provide touch input to the display screen, the presentation of the display screen might also require a single user to hold the device physically, which may be inconvenient given the circumstances.

While portable electronic devices having visual display components have thus worked well in the past, there can be room for improvement. Accordingly, there is a need for electronic device accessories having improved display presentation capabilities.

Apple's invention covers various structures, methods, and features for a new stand accessory for an iPad. Such stands can be counterbalanced display stands in some cases.

The mechanical assembly allows movement of the connector in multiple directions to arrive at different positions and provide different adjustable orientations of the display screen with respect to the base when the portable electronic device is connected to the connector. 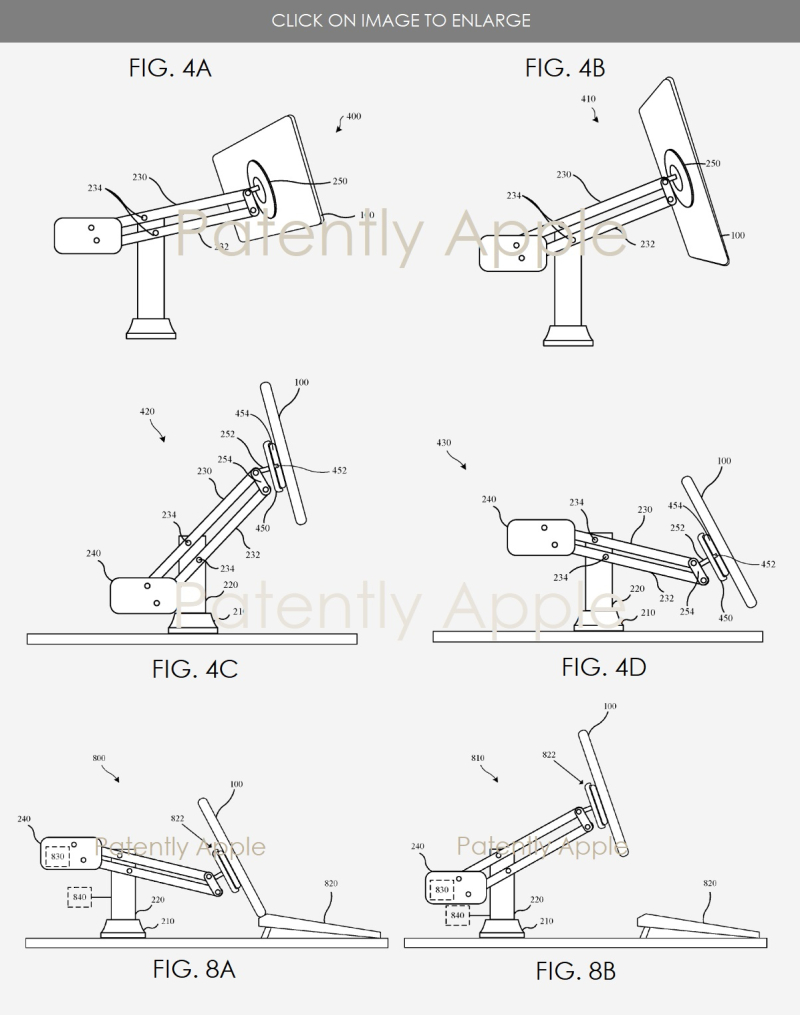 Apple's patent FIG. 8A presented above illustrates in side view a display stand having an iPad attached thereto and lowered in elevation with respect to a table attached to an external input device (which appears to be an iPad Pro; FIG. 8B illustrates the same stand with the keyboard of the iPad Pro detached. 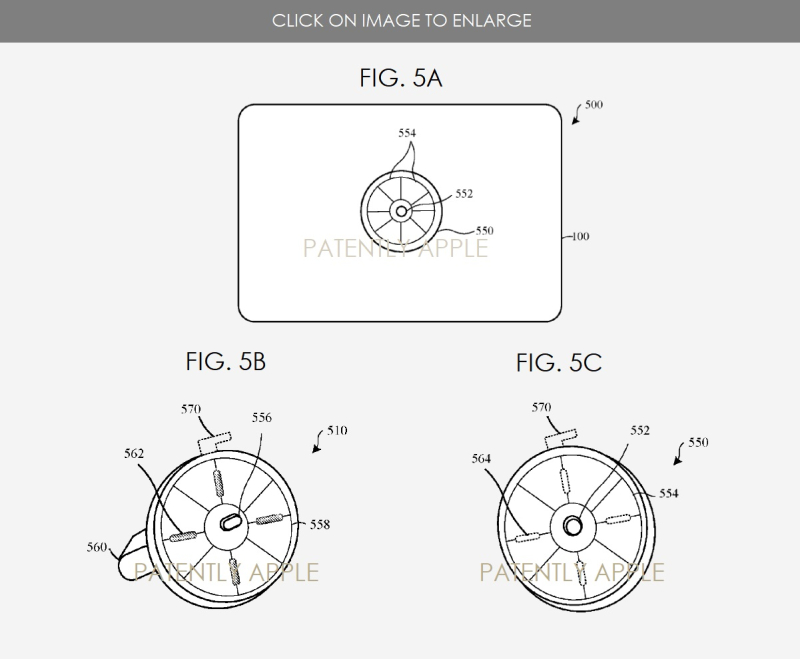 Apple's patent FIG. 5A presented above illustrates in rear view of an iPad having an exemplary display stand connector configured for connecting to a display stand affixed thereto; FIGS. 5B & 5C illustrate different perspectives of the present invention. 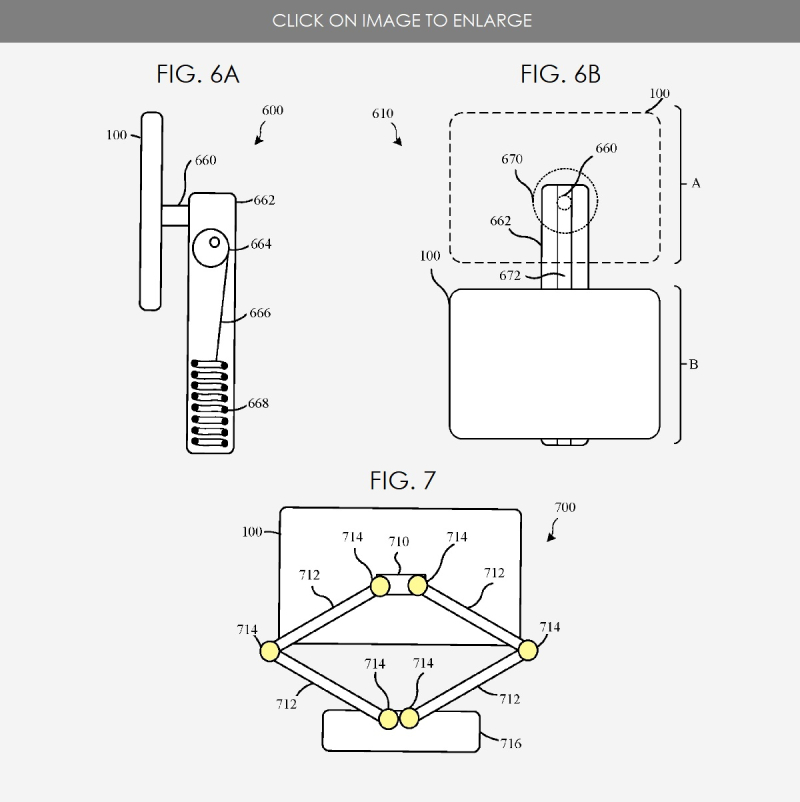