A quick peek at our recent reports covering Apple product market statistics for the holiday quarter will show you that Apple was running hot on all cylinders. Today we learn about the most important statistic by far. According to the latest research from Strategy Analytics, global smartphone revenues hit an all-time high of US$120 billion during the fourth quarter of 2017. Apple captured a record 51 percent global smartphone revenue share, accounting for more than the rest of the entire industry combined.

In the end, Jerry Maguire said it best: Show me the Money!!! 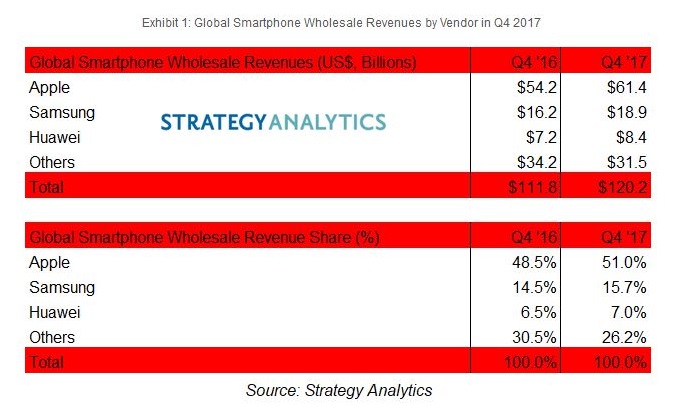 Apple iPhone's average selling price is approaching US$800 and almost three times higher than the overall industry average. Apple iPhone is an incredible money-making machine." To learn more about the losers, read the full report here.