iPhone takes the Smartphone Crown for the Christmas Quarter 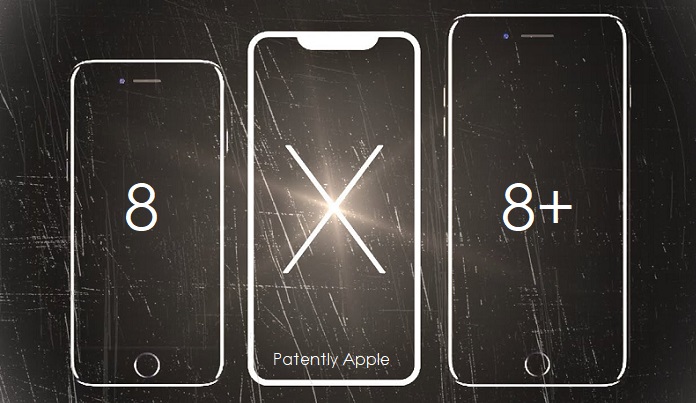 A slower than expected 2017 holiday quarter closed out the year bringing minimal change to the worldwide smartphone market when compared to 2016. According to preliminary data from IDC, smartphone vendors shipped a total of 403.5 million units during the fourth quarter of 2017 (4Q17), resulting in a 6.3% decline when compared to the 430.7 million units shipped in the final quarter of 2016.

According to IDC's blind stats, "Apple experienced a slight downturn from the previous holiday quarter as iPhone volumes reached 77.3 million units, a year-over-year decline of 1.3%." However, as we noted in today's earlier report titled "Tim Cook's Complete Assessment of the Company's Performance for Q1 2018," Apple's fiscal Q1 2018 only had 13 weeks whereas fiscal Q1 2017 had 14 weeks. So if prorated, Apple would have had a growth story if this year's fiscal Q1 had the same number of weeks of sales.

With that said, IDC notes that "Volumes were still enough to push Apple past Samsung and back into first place in the smartphone market, largely because of iPhone 8, 8 Plus, and iPhone X.

Apple continues to prove that having numerous models at various price points bodes well for bringing smartphone owners to iOS. Although demand for the new higher priced iPhone X may not have been as strong as many expected, the overall iPhone lineup appealed to a wider range of consumers in both emerging and developed markets. Apple finished second for the full year in 2017 shipping 215.8 million units, up 0.2% from the 215.4 million units shipped in 2016." "The latest flock of posh flagships may have had consumers hitting the pause button in the holiday quarter," said Anthony Scarsella, research manager, Mobile Phones at IDC. "With ultra-high-end flagships all the rage in 2017, many of these new bezel-less wonders proved to be more of a luxury than a necessity among upgraders. Even though we have seen new full-screen displays, advanced biometrics, and improved artificial intelligence, the new and higher price points could be outweighing the benefits of having the latest and greatest device in hand."

"In the presence of ultra-high-end flagships, the still high-priced flagships from the previous generation seemed far more palatable to consumers in 2017," said Jitesh Ubrani, senior research analyst with IDC's Worldwide Mobile Device Trackers. "Many high-profile companies offered their widest product portfolio ever in hopes of capturing a greater audience. Meanwhile, brands outside the top 5 struggled to maintain momentum as value brands such as Honor, Vivo, Xiaomi, and OPPO offered incredible competition at the low end, and brands like Apple, Samsung, and Huawei maintained their stronghold on the high end."

Samsung remained the overall leader in the worldwide smartphone market for 2017 despite losing out to Apple in the fourth quarter.

Huawei continues to hold the number three position despite intensified competition from growing Chinese players such as OPPO and Vivo. Huawei shipped 41.0 million units, down 9.7% from the 45.4 million shipped in the fourth quarter of 2016.

On an individual smartphone model basis we posted a report on January 23rd titled "Apple's iPhone X was the Worlds #1 Shipping Smartphone Model over the Holiday Quarter with 29 Million Units." The bottom line is clear: Apple cleaned house with their new iPhone line-up for the most important quarter of the year.