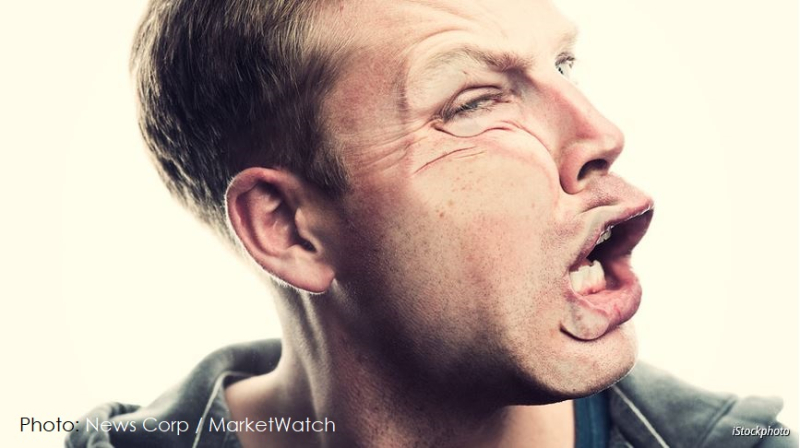 I'm a sucker for slapstick, the genre that was borne in the late 1800's with Shakespeare's play titled the 'Comedy of Errors.' Of course I tuned into the genre with old Charlie Chaplin, Harold Lloyd and keystone Cop movies, and then later with England's faulty towers, Benny Hill and America's Jerry Seinfeld with bumbling 'Kramer' Character.' Smack into a door, fall down, I laugh. It gets me every time if it's done well.

Apple has been filming a comedy series in their new Apple Park building with the theme of employees smacking into large panes of inter-office class walls. The thing is it's not destined to be a classic TV series at all. In reality it's simply a series of incidents happening at Apple's new headquarters, according to News Corp.'s MarketWatch. Below is a tweet on the matter from Kenn Durrence, dated January 20, 2018. 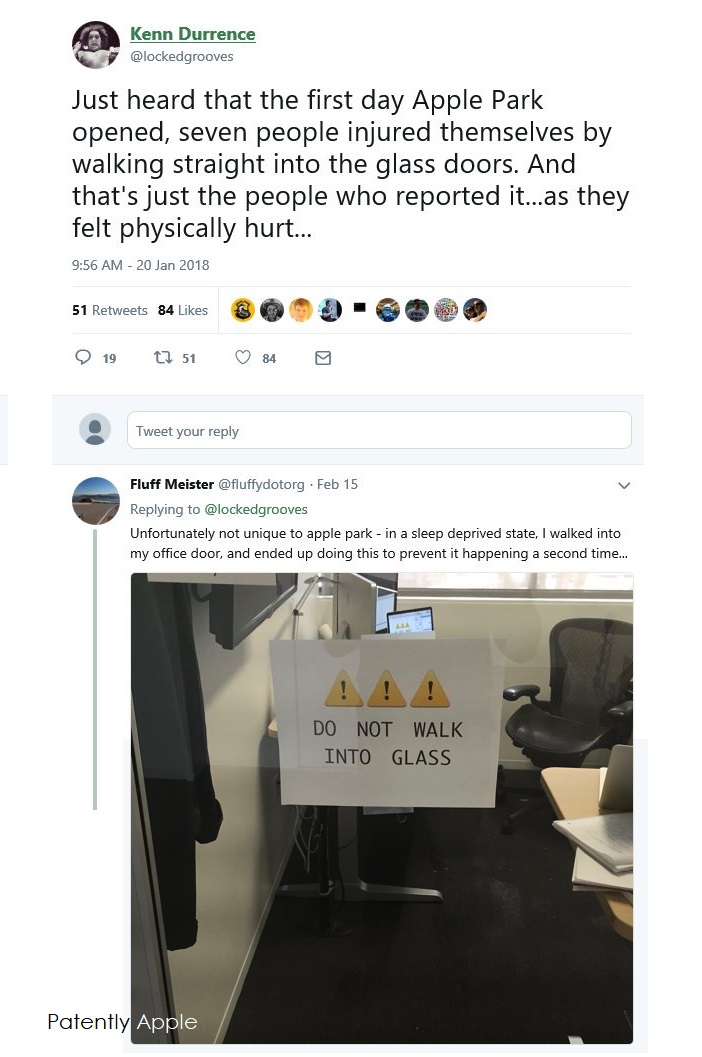 The report further notes that "According to documents and sources, Apple has run into a problem at Apple Park: Because so much of the interior is made from glass — the walls and doors, for example — people are walking into the panes, sometimes painfully.

While the issue might seem humorous, there are workplace regulations that Apple could be violating. California law requires that "employees shall be protected against the hazard of walking through glass by barriers or by conspicuous durable markings," but the company has not been subject to citations, according to U.S. Occupational Safety and Health Administration data. If Apple was found to violate the law, it could be subjected to fines and other measures to ensure the company addressed the problem, according to a spokeswoman from the California Department of Industrial relations.

MarketWatch asked Apple for comment on the issue and any mitigations it has sought to enact. Apple did not provide comment in time for publication.

A Creepy Future is close at Hand

This week's second oddest story or perhaps creepiest story in this case, goes to Boston Dynamics' latest robotic security dogs noted in the video below.

In a video posted by Boston Dynamics, the company's SpotMini robot is seen struggling to get past a locked door — until another SpotMini shows up with a special arm that opens the door. The second robot then holds the door open for its robotic buddy. It isn't clear if the robots are acting autonomously or if someone's controlling their movements behind the scenes.

Time reports that "Boston Dynamics' videos never fail to impress — or to terrify, depending on your views of robotics and artificial intelligence. The company's creations may have been the inspiration behind a recent episode of the dystopian sci-fi series Black Mirror in which robotic dogs set out to kill all living things.

However creepy they may seem, In reality the robots like the kind Boston Dynamics makes can have real-world benefits, like the ability to find people stranded in the rubble after an earthquake."

Unfortunately the problem with great tech like this is that we know that in the wrong hands, it's just a matter of time before these robots are weaponized and used as a tool for terrorists.