The U.S. Patent and Trademark Office officially published a series of 26 newly granted patents for Apple Inc. today. In this particular report we cover Apple's granted patent for an Apple Pencil disabling system for iPad and iPhone as noted in our cover graphic. Apple was also granted a patent for the Smart Connector for the iPad Pro's smart cover. Apple also gained a design win for their lightning connector. We wrap up this week's granted patent report with our traditional listing of the remaining granted patents that were issued to Apple today.

Apple's newly granted patent covers their invention relating to Apple Pencil for use with touch-sensitive devices and, more specifically, to tracking stylus tip wear to prevent performance degradation and screen damage. As shown below, Apple chose to illustrate their invention used on an iPhone, though it's designed to work with an iPad Pro as well. 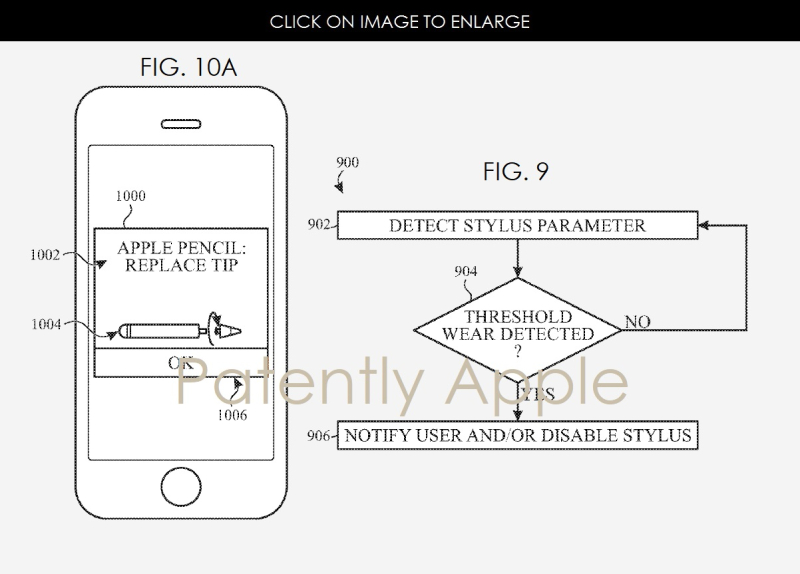 Patently Apple covered this invention first as original patent filing posted in August 2017. Check it out for more details, here. Apple's granted patent 9,904,379 was originally filed in Q1 2016 and published today as a granted patent by the US Patent and Trademark Office. 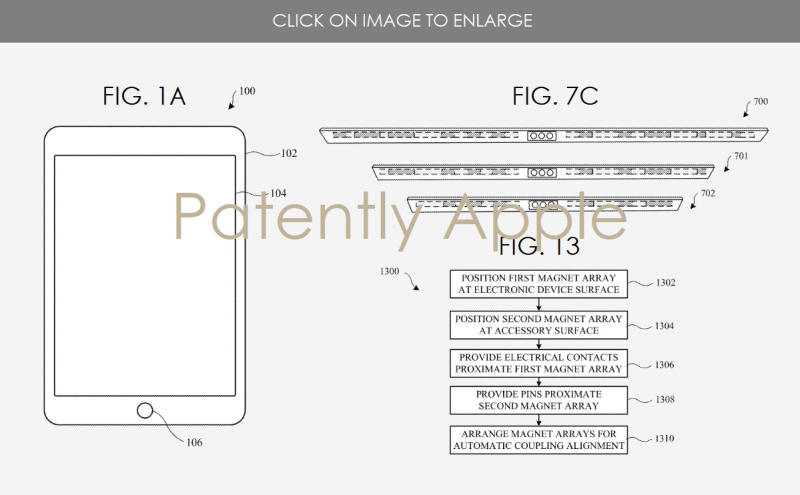 Apple was granted a design patent today for their lightning connector under D811, 346 as noted below. 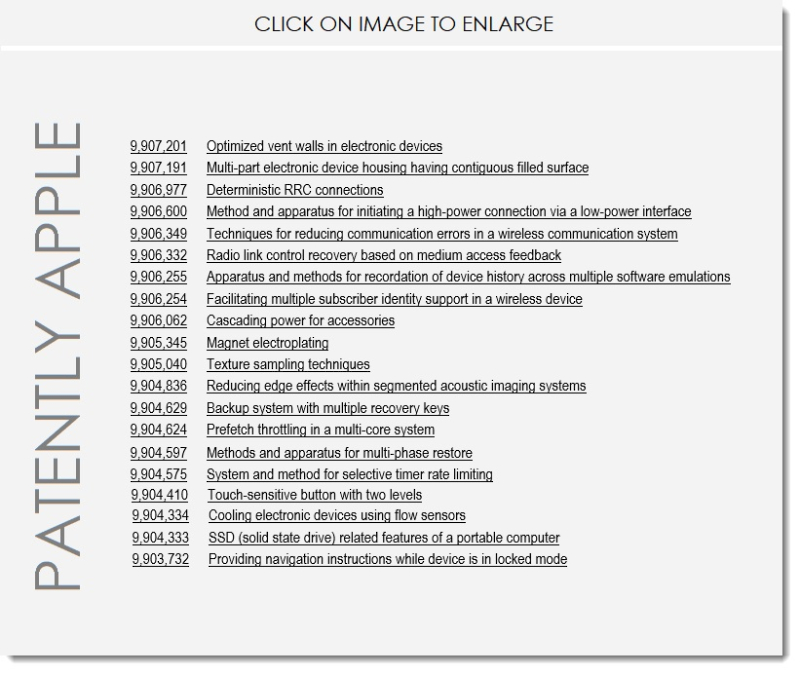