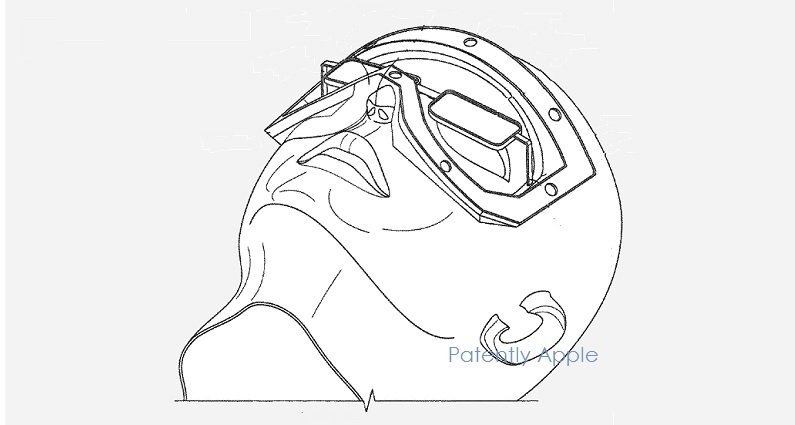 Today the US Patent & Trademark Office published a patent application from Apple that relates to optical systems and, more particularly, to optical systems for head-mounted displays. While augmented reality is mentioned, the priority in this patent is virtual reality. This head-mounted display system is to view virtual reality content, movies and specialty content that could include movies and games using Voxel technology. While Apple's CEO said in an interview in the UK that AR glasses are a ways off, that statement didn't apply to a VR headset. 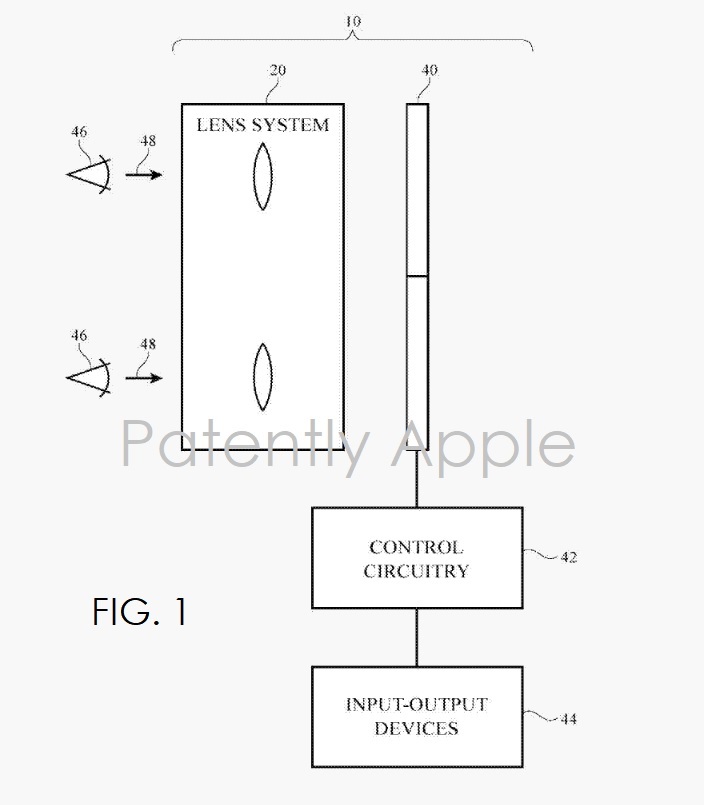 Apple's patent FIG. 1 also shows control circuitry #42 that may use display system to display visual content such as virtual reality content, pre-recorded video for a movie or other media, or other images. The housing may be formed from plastic, metal, fiber-composite materials such as carbon-fiber materials, wood and other natural materials, glass, other materials, and/or combinations of two or more of these materials.

The display system and the optical components of the glasses may be lightweight and compact. The optical system may, for example, be based on catadioptric lenses.

Apple's patent FIGS. 8 and 9 are respectively top and side views of lens elements with cylindrical surfaces. 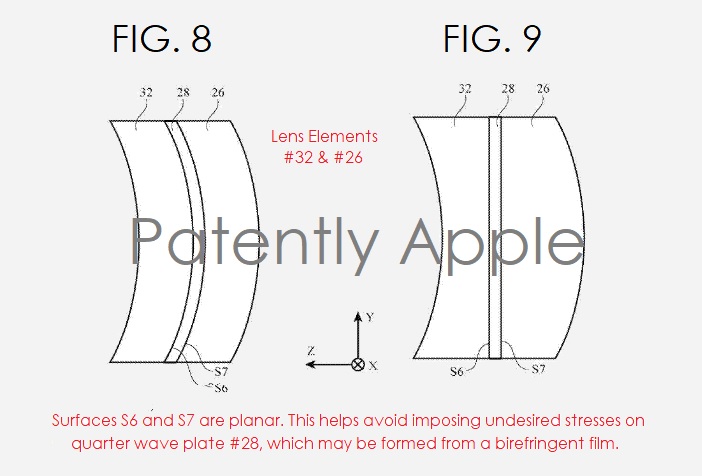 Apple notes that during assembly the of optical system, a planar piece of quarter wave film may be placed between lens elements #32 and #26 with optical adhesive on either side of the quarter wave film.

The lens elements may then be forced together to distribute the adhesive and bend the quarter wave film about axis Y (an axis parallel to axis Y). Providing a cylindrically curved shape for surfaces S6 and S7 can enable the thickness of lens elements to be reduced.

The use of cylindrically curved shapes for surfaces S6 and S7 can help make for a more uniform thickness across the lens elements and thereby improve lens element moldability.

When forming injection molded lens elements, uniformity of thickness in the mold cavity can help improve uniformity of flow of the molten plastic as it is being injected into the mold and the melt front flows across the mold cavity. The presence of a uniform flow during molding can be important for preventing flow lines in the molded lens, particularly when the lens element is thicker at the edge than the center.

More uniform flow can also result in a lower birefringence in the molded lens elements. For catadioptric optical systems, low birefringence in the lens elements helps to maintain control of the polarization state of the image light, so that stray light and ghosts are reduced so that the user is thereby provided with a high contrast image without stray light artifacts.

Other Notes about the Invention

Apple's patent application was filed back in Q1 2017. Considering that this is a patent application, the timing of such a product to market is unknown at this time. Some of the engineers noted as the inventors include: